JSO says the victim is a student at a local school, and police will coordinate with the school to ensure grief counselors are available. 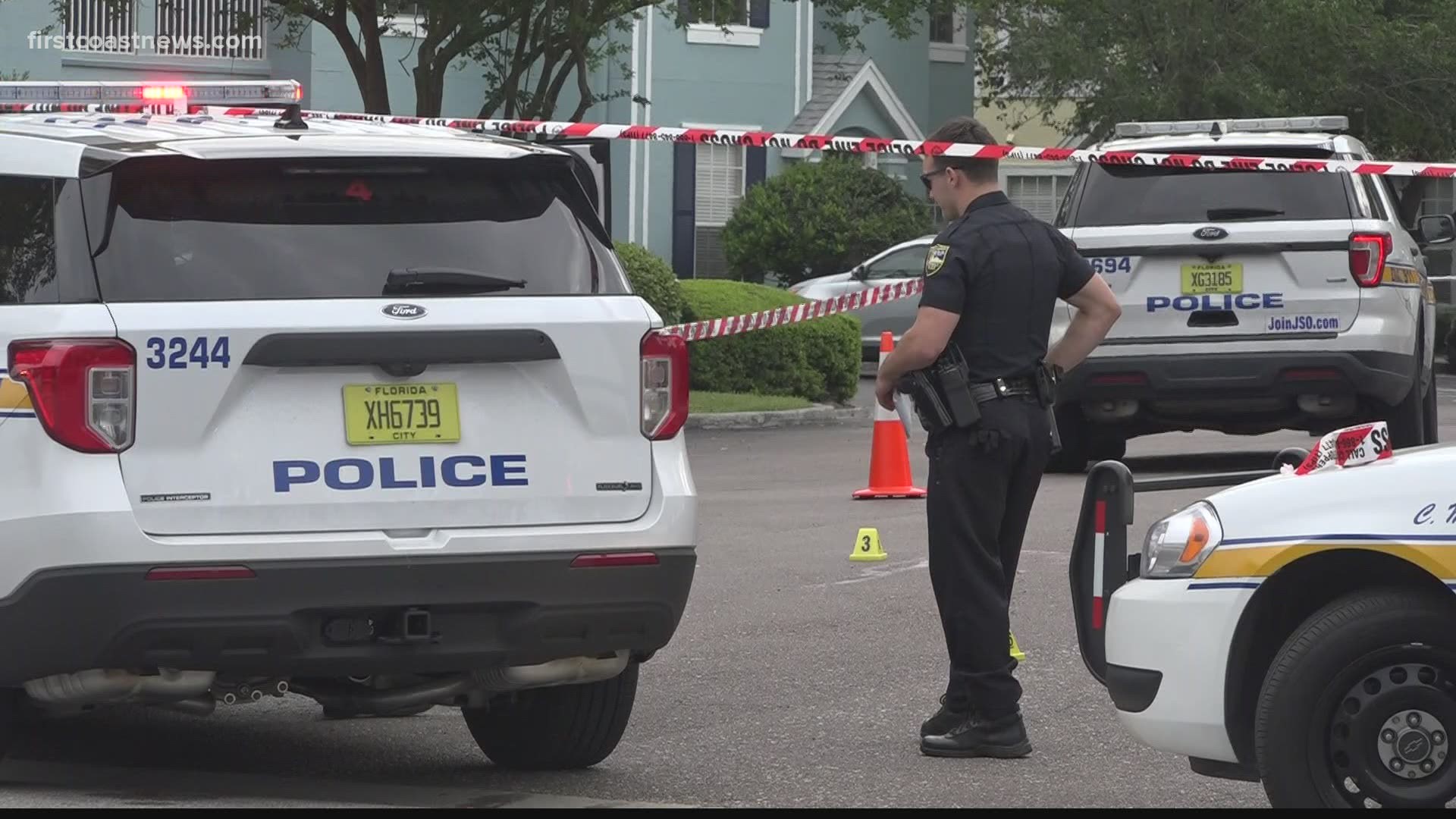 JACKSONVILLE, Fla. — A Jacksonville teenager is in life-threatening condition in the hospital after a shooting at a Southwest Jacksonville apartment complex Thursday morning, according to the Jacksonville Sheriff's Office.

Police said it happened at 7735 Plantation Bay Dr., which is located in the Vintage at Plantation Bay apartments off Collins Road. Officers were called to reports of multiple shots fired around 6:35 a.m.

When officers arrived, they found the victim near the entrance to the apartment complex. Witnesses said several people saw the shooting happen, including other children, as they waited to be picked up at a school bus stop.

A person who lives in the neighborhood told First Coast News his daughter was waiting for her school bus when she saw the shooting happen in front of her. She said an argument led up to the shooting.

Jacksonville Fire Rescue Department crews took the teen to the hospital in life-threatening condition, JSO said. The victim is a student at a local school, and JSO is working with the school to ensure grief counselors are available, according to police.

First Coast News reached out to Duval County Public Schools to inquire about the process of providing grief counselors for students. A spokesperson sent us a statement that says, in part, "I'm sorry to hear about this young person being shot, and my thoughts go out to his family and friends. I can tell you that it is our practice to have specially trained counselors and social workers available to a school community when a traumatic event takes place."

The spokesperson said she could not confirm whether the victim was enrolled at a Duval County Public School due to state confidentiality laws.

Police are not releasing any information about the victim until family members are notified, JSO said.

No suspect information was available to release, according to police. The JSO Violent Crimes Unit is handling the investigation.

JSO is interviewing witnesses, who police said are cooperating with the investigation.

Anyone with information is asked to call JSO's non-emergency number, 904-630-0500 or email JSOCrimeTips@jaxsheriff.org. You can also remain anonymous by calling First Coast Crime Stoppers at 1-866-845-TIPS.

Statement from @DuvalSchools spokesperson Sonya Duke-Bolden regarding shooting this morning. @JSOPIO confirms the “older juvenile” is a local student. He is suffering from life threatening injuries after being shot multiple times this morning outside an apartment complex. pic.twitter.com/Q5ADpx9rhy