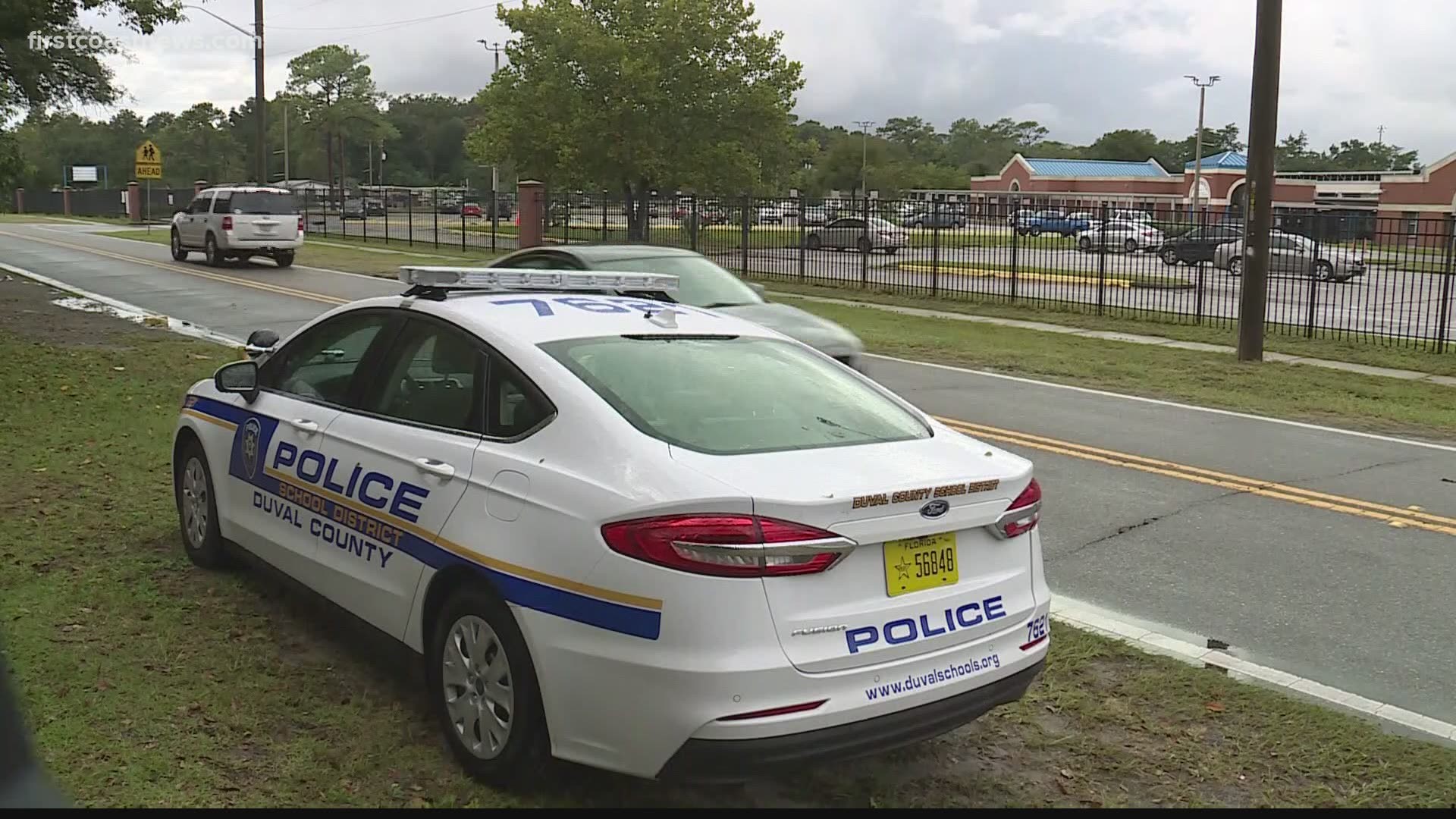 JACKSONVILLE, Fla — One student is recovering in the hospital after a firearm went off at Ribault High School Friday afternoon, according to the Jacksonville Sheriff's Office.

A lieutenant with the Jacksonville Sheriff's Office said the gun went off around 2 p.m. in the back of the school in or near a fieldhouse, and officers were called to the school by Duval County School police.

The student who brought the firearm onto campus was taken into custody without incident, according to JSO. The student, who is 18 years old, will face an adult felony charge of possessing a firearm on campus, JSO said. The injured student, who was shot in the arm, is also 18, JSO said.

District 4 School Board Member Darryl Willie said he was notified of a shooting connected to Ribault, which is in his district. Willie said they believe "it wasn’t a fight. Apparently, the gun went off on accident."

JSO wouldn't comment on whether the gun accidentally discharged.

"This was not an active shooter situation," police said during a news conference Friday evening.

At this time, it isn't known why the student brought the gun to school. The incident is currently under investigation by JSO and DCPS police.

"We are all thankful it was not more serious," Bostic said during the news conference. "I know what happened today does not represent our students here."

In a statement to parents, Bostic said starting next week, students will be screened via metal detectors.

"Because of this incident, we will need to implement enhanced security protocols going forward. This will include mandatory screening of all students using metal detectors beginning on Monday," Bostic said. "I’m disappointed to end a great week on this note, but I wanted to make sure you are informed. Please remind your students that firearms or weapons of any type are not permitted at school."

One parent of a Ribault high-schooler told First Coast News she thinks it's a good idea to have heightened security at the school.

"I want my child safe when she returns," the mother said. "It's any day that I want to make sure our kids are safe, so if that's what we have to do, that's what we'll do. If we have to do it every day ... because I want to ensure everybody that when students walk on this campus, this is a safe campus," Bostic said at the press conference regarding the new security measures.

Bostic said school administrators had been doing random backpack checks to deter students from bringing weapons to campus. One of those random searches was done Friday. He said until Friday, it had been effective.

DCPS officials said school system disciplinary charges for the student who brought the gun onto campus will depend on the outcome of JSO and the school board police's joint investigation. They said they'll follow the school system's code of conduct.