A sentencing hearing for the teenager accused of murdering his grandmother and burying her body in a shallow grave began Wednesday. 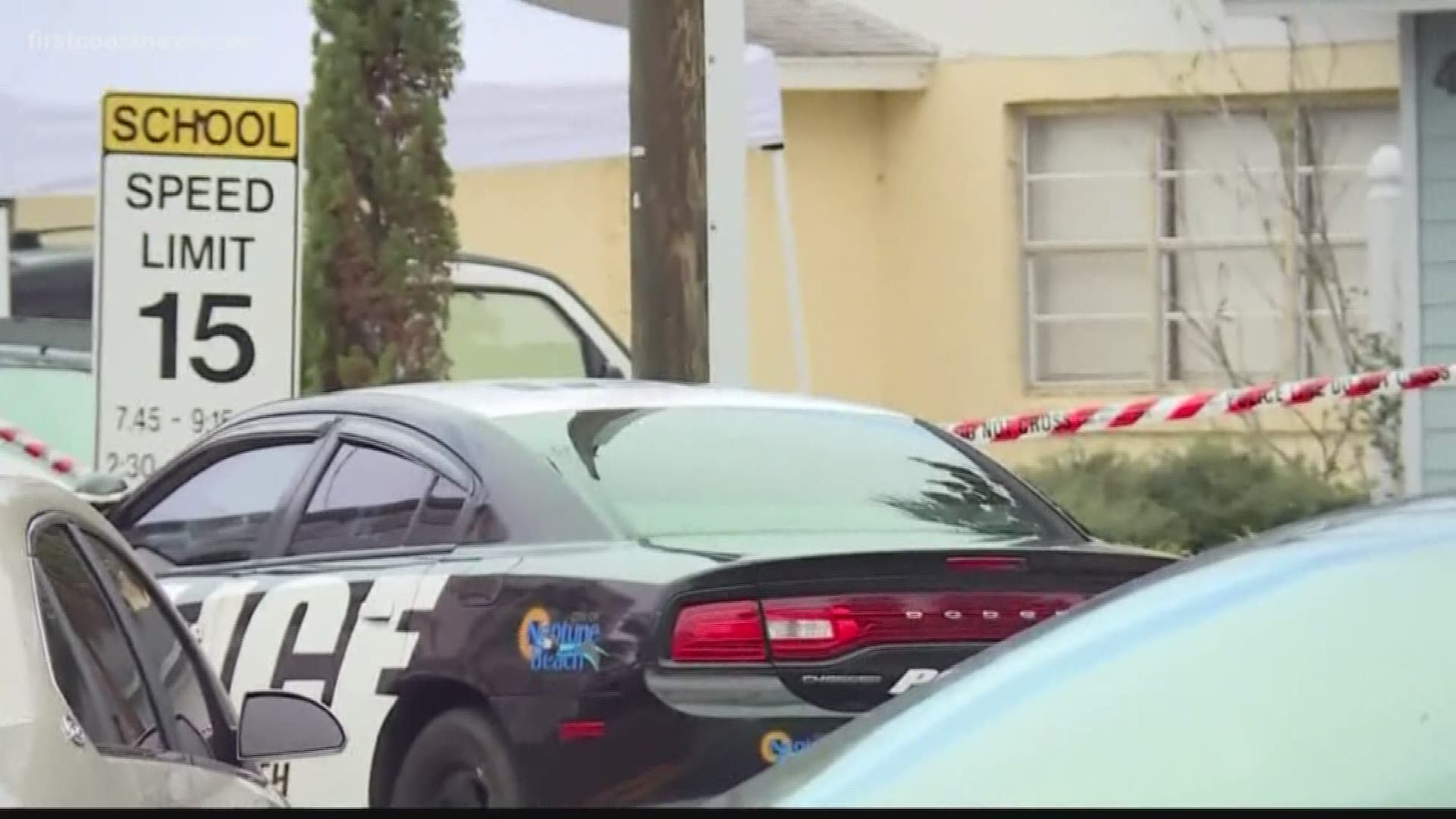 The teen who plead guilty to murdering his grandmother and burying her in the backyard is back in court Wednesday for the sentencing phase of his case.

Logan Mott entered the fifth-floor courtroom looking thin and pale. He sat leaning over the table as JSO Homicide Detective Neil Chandler testified -- whether drawing or writing, it was not clear.

Chandler – the lead homicide detective on the case – spoke about being called on Nov. 22, 2017, initially to a missing person case. “We found some signs that possibly some foul play had taken place that’s when it changed into something a little more severe,” Chandler said.

He said officers were first suspicious when they found blood on the wall.

Chandler then spoke about the finding of 53-year-old Kristina French’s body wrapped in duct tape and plastic wrap. There were stab wounds to Ms. French’s head and also to her hands.

He testified about the contents of a nearby fire pit, saying that a neighbor came over and told police he’d smelled something burning earlier. The neighbor had actually come to speak to Logan Mott about the odor.

When police recovered Kristina French’s car, they found a large amount of blood evidence on clothing, Chandler said. There were some knives, including a bent knife. Chandler testified it likely bent when Logan Mott stabbed his grandmother in the head.

Logan Mott’s father is in court on Wednesday. His mother is expected to appear on Friday.

Mott was 15 at the time of the crime. Evidence compiled in the case suggests he was suicidal and had been accused of raping his ex-girlfriend shortly before the murder.

As part of his plea, prosecutors and defense lawyers agreed to ask Circuit Judge Bruce Anderson for a prison sentence in the range of 15 to 40 years.

Mott’s defense attorney also wants Mott to be able to continue to serve his sentence in juvenile jail before he has to move to adult prison.

The judge will hear both sides present arguments about how long Mott should serve on Wednesday.

The hearing is expected to run through Friday, with a final state witness scheduled to appear Monday. The judge will pronounce the sentence at a later date.