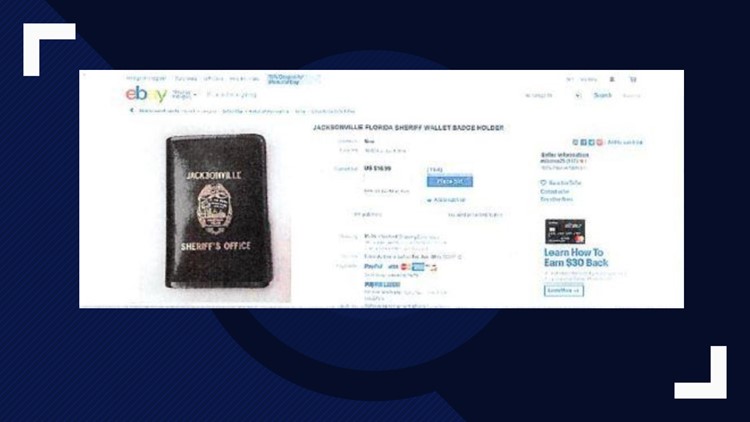 A sergeant with the Jacksonville Sheriff’s Office avoided prosecution for theft but was suspended for 45 days after an internal investigation found that he was selling police-issued work gear on eBay.

Richard E. Vercruysse profited $60.50 in the sale of a gun belt, a double magazine holder and a badge wallet with the Jacksonville Sheriff’s Office insignia on it, according to an internal affairs report released this week. As is protocol, the items were given to him to use for his job and were expected to be returned should he retire or resign.

The sergeant, whose salary wasn’t made readily available, was still paid during the suspension because he used 45 days of earned or banked time off, a sheriff’s spokeswoman said. The investigation found the cost to the Sheriff’s Office of the items sold was roughly the same amount as Vercruysse made in the sales.

The internal affairs probe began in August and was wrapped up in early February, though the report was just made public to The Times-Union after requesting it over a month ago.

Vercruysse admitted to investigators that selling the items was a dumb move and considered theft, according to the report. He also made several inconsistent statements.

The report said there was probable cause for a criminal charge of petty theft — a second-degree misdemeanor — but that after reviewing the matter with an assistant state attorney, it was determined “that the case did not meet the threshold for criminal prosecution.”

Local attorney John Phillips said the decision to not charge the sergeant was a double standard.

“There’s a different set of standards where they can cheat and commit minor violations and get off,” Phillips said. ”... Should this officer be thrown in jail for selling things on eBay? No, but you’ve got to make things fair.”

Initially, Sheriff’s Office Director Tom Hackney contacted the office’s Integrity/Special Investigations Unit and reported that an unknown individual was selling Sheriff’s Office equipment on eBay. Hackney provided a hyperlink featuring the badge wallet. The item was listed for sale by an eBay user known as milkmen25 with the price of $16.99.

Investigators contacted eBay and discovered the seller was Vercruysse. They then discovered that milkmen25 had been selling other agency gear and listing them as Jacksonville Sheriff’s Office items. The email linked to milkmen25′s eBay account was Vercruysse’s work email address. Investigators tapped into his account and found that of the 10,038 email correspondences during a five-month period in 2018, 338 of them were eBay related.

The probe concluded that Vercruysse acted in a manner that was unbecoming conduct; that he failed to be wholly candid; he misused computer software and was in the commission of supporting criminal acts.

This is not the first time the 15-year employee with the Sheriff’s Office has had his actions and character come into question. In the decade and a half, there have been 14 citizen or in-house complaints leveled against Vercruysse and most of them have been upheld, his employment records show.

Click here to read the full article from our partners at the Florida Times-Union.