The shooting involved Seattle police and King County Sheriff deputies. No officers or deputies were hurt. The suspect was taken to the hospital. 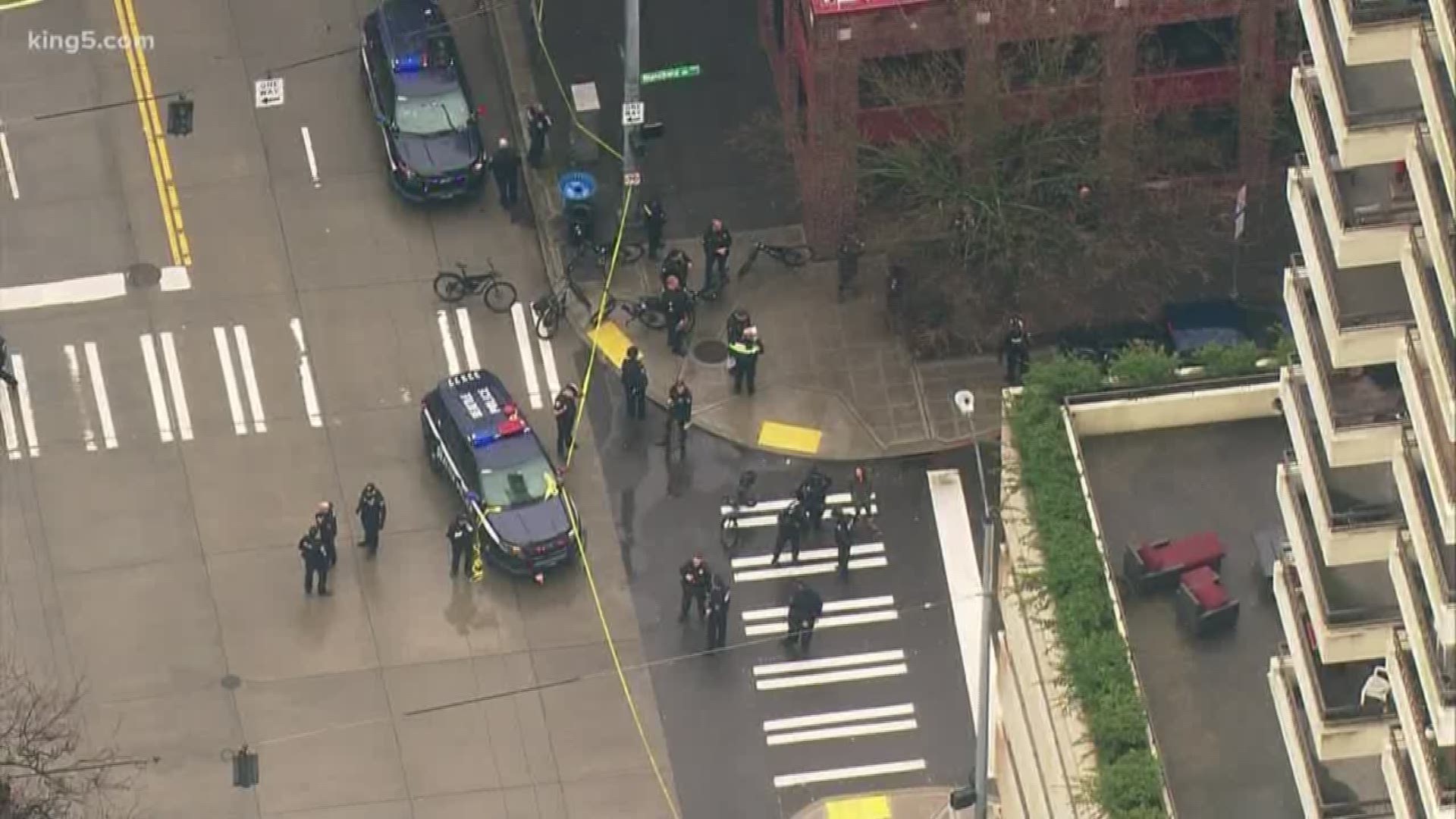 SEATTLE — Seattle police officers and King County sheriff deputies were involved in a shooting with a suspect Wednesday afternoon.

The officer-involved shooting happened around 3 p.m. at the intersection of 3rd Avenue and Blanchard Street in Seattle's Belltown neighborhood.

Seattle police officials said officers were conducting a narcotics operation in the area and the suspect hit a squad car with his vehicle.

No officers or deputies were hurt, police said.

This incident appears to be unrelated to a shooting roughly 90 minutes later near 3rd and Pine, which killed 1 person and injured 7 others in downtown Seattle, including a 9-year-old boy.

This is a developing story, check back for updates.