When kids began coming to the front of the bus and asking questions, the soldier got frustrated and told the kids and the driver to get off, Sheriff Leon Lott said. 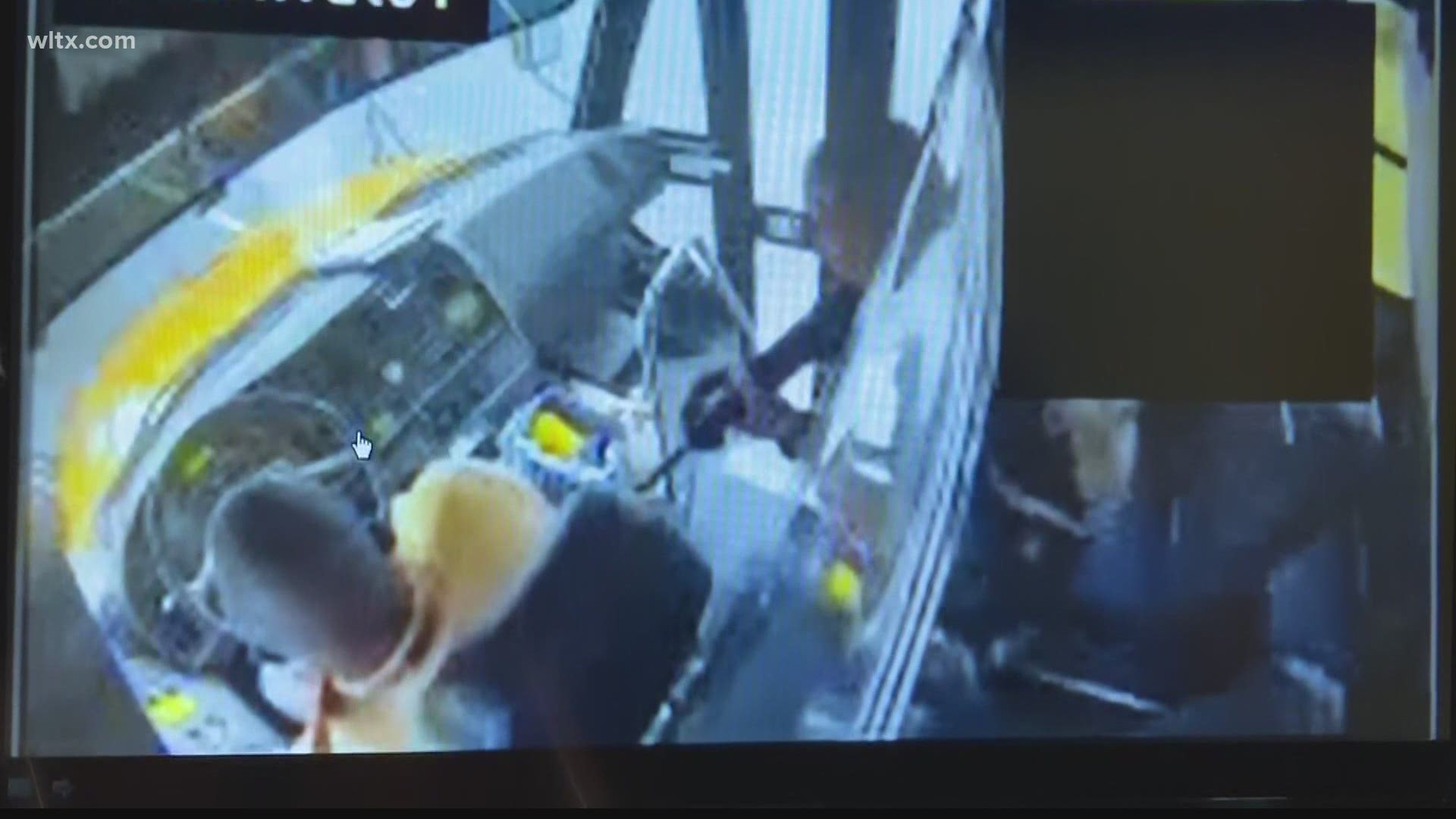 RICHLAND COUNTY, S.C. — Richland County Sheriff Leon Lott has identified the Fort Jackson trainee who he says hijacked a school bus and held them against their will for several minutes.

Lott said the suspect is 23-year-old Jovan Collazo of New Jersey. Lott said Collazo will face 19 charges of kidnapping as well as many other counts.

Richland County Sheriff Leon Lott said the incident began around 7 a.m. on Ft. Jackson, when Collazo, in his third week of training, ran off from the fort carrying his rifle. Police said they later got a call reporting a man trying to flag down a car near Interstate 77.

Lott said Collazo then went to a bus stop near Eagle Park Road and Percival Road, where 18 students were getting on to go to Forest Lake Elementary in Richland School District Two. The trainee then got on board armed with a rifle and told the driver he didn't want to hurt anyone, but he wanted to be taken to the next town.

"You can just imagine they were scared to death," Lott said. "I'll give the bus driver credit, he kept his cool. His main concern was the safety of the kids and he did his job."

"If we have a hero, it's the bus driver," Lott added. Lott said in video taken from the bus--a portion of which Lott played during an afternoon news conference--he said you can hear how calm the driver is.

While he said he did not want to hurt them, Lott said Collazo was aiming the rifle at the driver, and then at the students.

Fort Jackson's commander, Brig. Gen. Milford Beagle, stated the rifle was not loaded and that the soldier wouldn't have had access to ammunition.

The sheriff said the soldier got frustrated, and told the kids and the driver to get off the bus near Percival Road.

"It was six minutes of a bad guy on a bus who was very desperate," Lott said.

The trainee then drove the bus for several miles, the sheriff added, but had trouble handling the vehicle, and stopped it on Old Percival Road and got off. Lott said he left the rifle on the bus and began running around the neighborhood looking for clothes.

Officers, who had swarmed to the scene, eventually captured him. The whole incident lasted about an hour.

"I think God looked down on these kids this morning and wrapped his arms around them and took care of them," Lott said.

Beagle said it's his belief that the soldier--who's from New Jersey-- was just trying to get home, and didn't intend harm, but said there was a potential for things to be much worse.

Richland School District Two Superintendent Dr. Baron Davis, who was notified not long after the situation began unfolding, said he's never been as scared in his life. "It was one of the scariest phone calls," he said. "So many emotions that I had."

The school district said they are offering counseling to the children. Several other schools in the area were briefly put on lockout during the situation.

The trainee will face multiple counts of kidnapping, Lott said, and could face other charges.