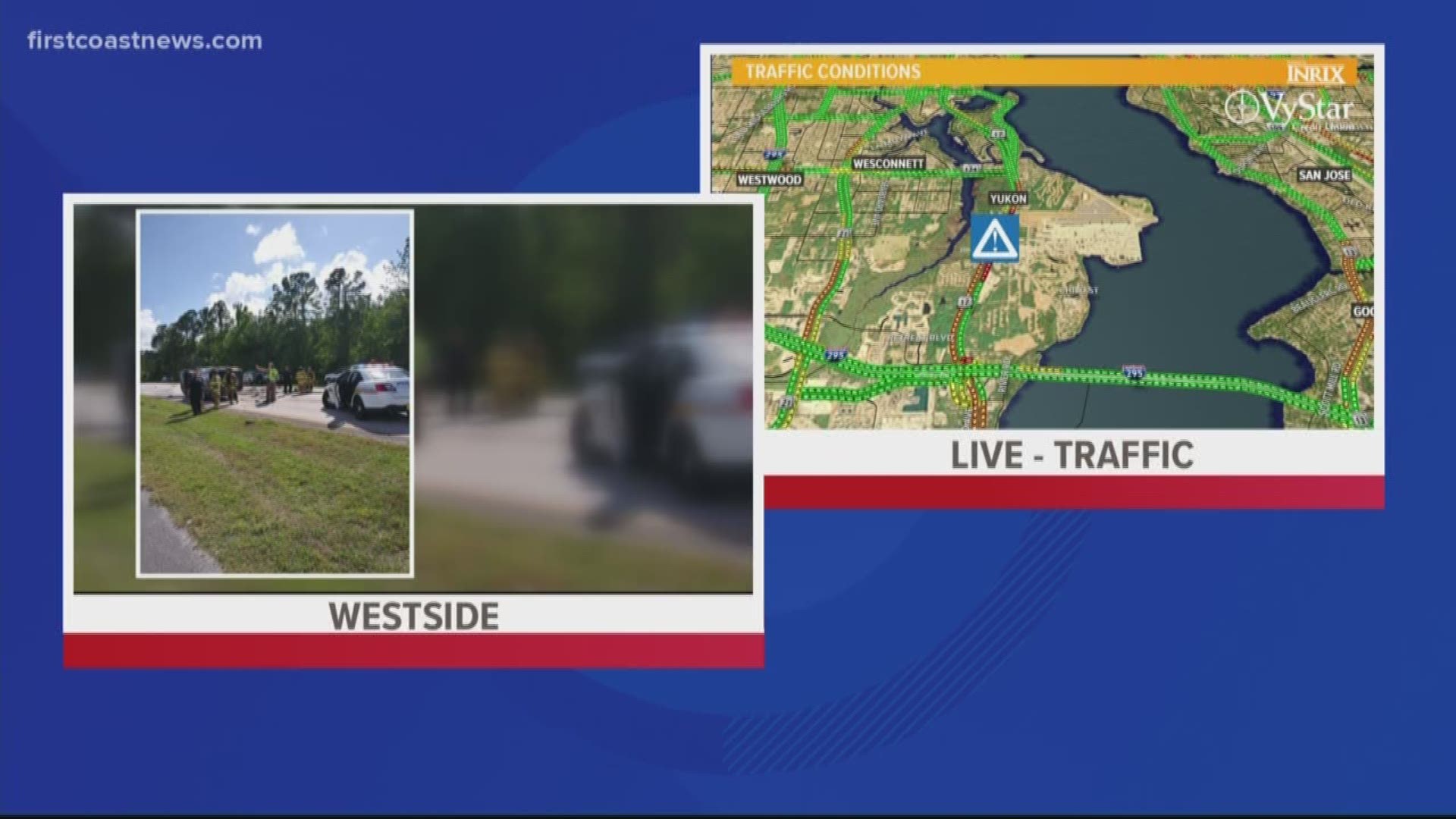 JACKSONVILLE, Fla. — A woman who persued another driver in a high-speed "road rage duel" last April faces vehicular homicide charges for her role in the fatal multi-car crash.

According to the Florida Highway Patrol, on April 11, Ana Jimenez, 22, pursued 60-year-old James David Robinson after he struck her Honda Civic with his Chevy Suburban and fled.

Jimenez called 911 to report the initial crash, which occurred in the parking lot of a Target on San Jose Boulevard but continued to chase Robinson’s SUV. FHP says Robinson struck another vehicle near Interstate 295, then continued across the Buckman Bridge. Both cars were weaving in and out of traffic at a high rate of speed, FHP says, before exiting onto Roosevelt Boulevard, hitting each other several times.

According to FHP, Robinson eventually crossed the median near NAS Jax, hitting a pickup truck and two other SUVs in the oncoming lane. Robinson was declared dead at the scene.

ORIGINAL STORY: US-17 shuts down after fatal crash near NAS Jax

Court record shows Robinson had three convictions for driving with a suspended or revoked driver’s license and was labeled a habitual offender. Jimenez had one driving infraction for improper backing, interfering with traffic at the time of the crash.

According to FHP, Jimenez ignored instructions by the Jacksonville Sheriff’s Office and Jacksonville Fire and Rescue Department to pull over, "continuing to drive recklessly and endangering the lives of other drivers and individuals.”

The report continued, “Her actions indicate acts imminently dangerous to another without regard for human life. Her reckless actions led to the death of the driver … as well as damage to five vehicles and injury to three people.”

Jimenez was taken to the St. Johns County jail and is awaiting extradition to the Duval County jail.