Multiple law enforcement agencies are searching for Patrick McDowell, 35, who has been named a suspect in this case. Police say he is armed and dangerous. 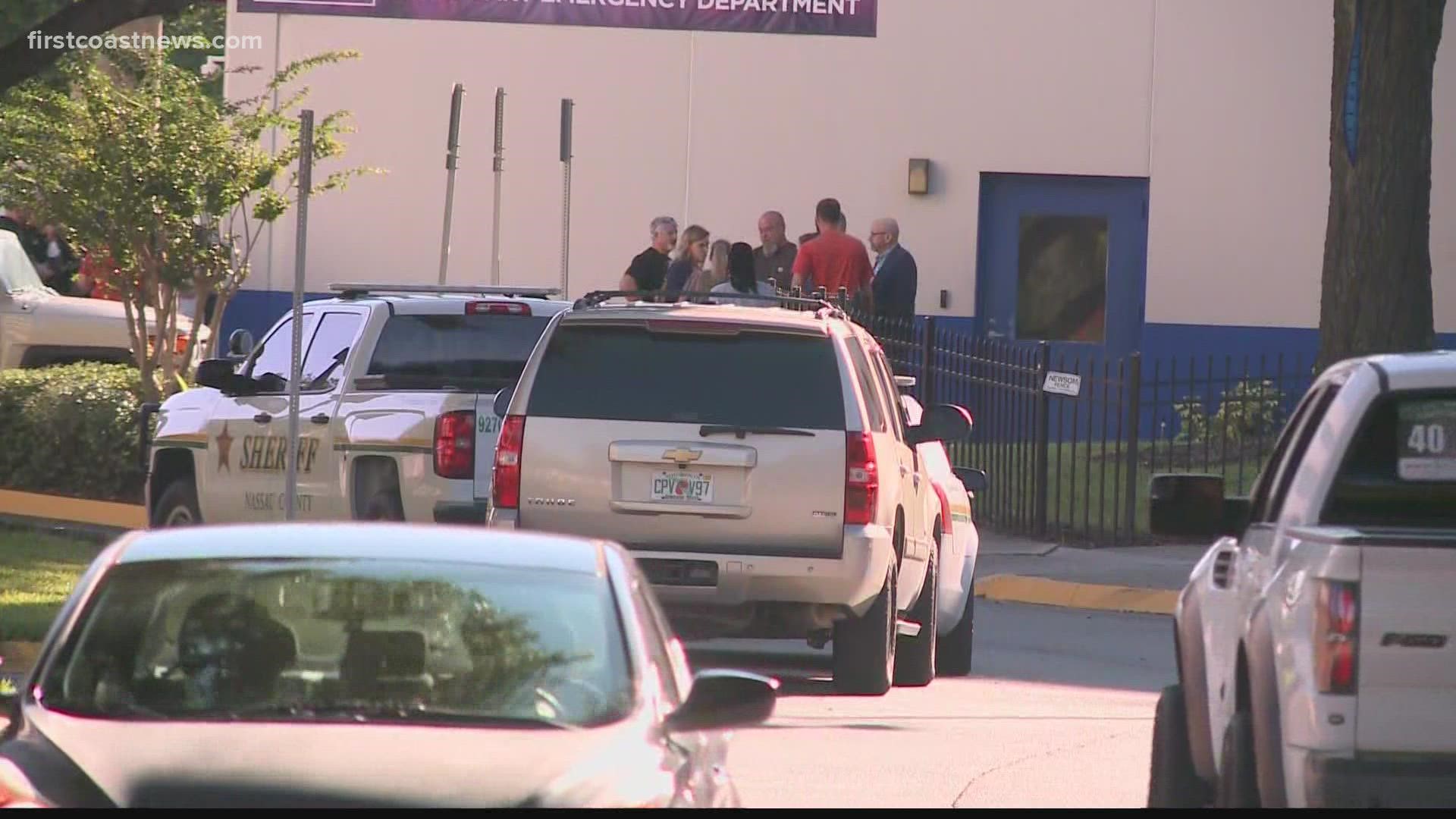 JACKSONVILLE, Fla. — A Nassau County deputy is in life-threatening condition after he was shot early Friday during a traffic stop, according to the sheriff's office.

Sources tell First Coast News a Jacksonville Sheriff's Office K9 was also shot during a manhunt for the suspect.

Multiple law enforcement agencies are searching for Patrick McDowell, 35, who has been named a suspect in this case. Deputies say McDowell is considered armed and dangerous.

He was last seen in the area of US 301 and Sandy Ford Road, deputies say. Citizens in the area are asked to check any external cameras they might have for signs of McDowell.

If you spot him, do not approach.

.@NCSO_FL continues the search for Patrick McDowell following the shooting of an NCSO Deputy. He should be considered armed and dangerous. Citizens in the 301/Sandy Ford area are asked to check any external cameras to include hunting types. Call 904-548-4000 with information. pic.twitter.com/rY0eZdkbW7

The initial shooting incident happened following a traffic stop around 2:30 a.m. near Micker Street in the Callahan area of US 301, deputies say.

The deputy in life-threatening condition is a man, and officials say he is being treated at UF Health in Jacksonville.

Following the traffic-stop-turned shooting, deputies say the suspect took off on foot. There was another person in the vehicle who is reportedly being cooperative.

Nassau County Schools are staying open, according to a recorded message sent to parents via phone Friday morning.

Some students arriving to school will start their day on a modified lockdown schedule if directed by local law enforcement.

The district is advising that if parents want to keep their student home, the absence will be excused.

Callahan Area Nassau County School District families, we are calling to report there was criminal activities in our community early this morning.  The Nassau County sheriff's office continues to search for the suspect along US 301.  Due to road closures directed by the Nassau County Sheriff's office, buses may not be able to retrieve students from some of the local bus stops.

If you live in an area where police activity is present, please follow all directions from local law enforcement to keep your students safe.  If you are able to keep your child home from school today, the absence will be excused.  Also, drop off areas may be delayed this morning.

Students arriving to school will start their day on a modified lockdown schedule if directed by local law enforcement.

Thank your patience and cooperation, we will continue to update you as necessary."

Much of US 301 in Callahan, FL remains closed as the manhunt continues for the suspect who shot a @NCSO_FL deputy this morning.
Buses may not be able to get to some students in Callahan due to the road closures, so if your child stays home, the absence will be excused. @FCN2go pic.twitter.com/7wHoA2axMy