The videotaped beating of a JSO officer that was posted to social media does not show the takedown and arrest that followed. 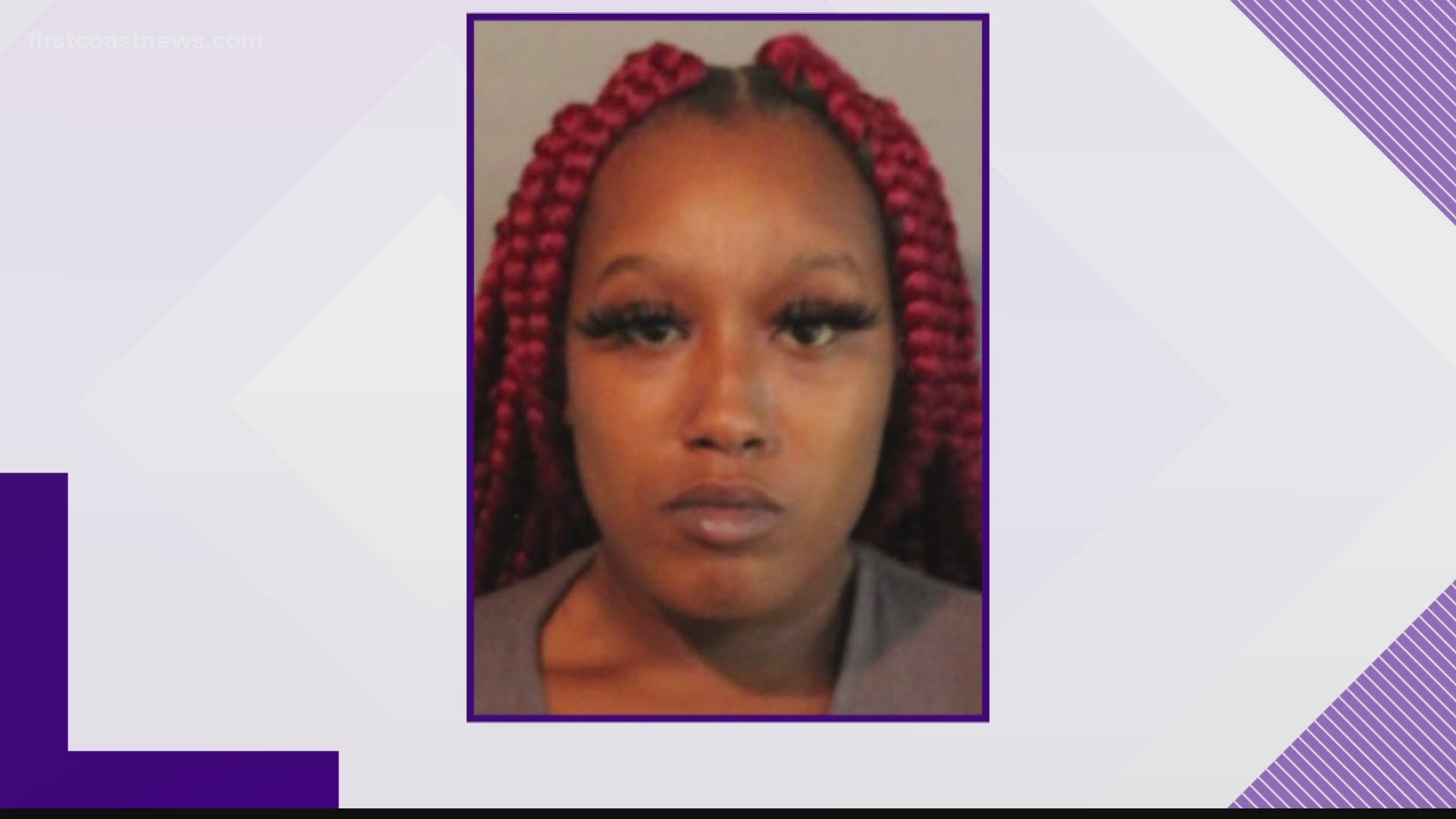 JACKSONVILLE, Fla. — A Jacksonville Sheriff's Officer suffered multiple abrasions in a videotaped attack that was posted to social media late last week, according to a police report. The video does not show what happened after the attack, but according to the report, a takedown and arrest of the suspected attacker followed.

Jermisha Ramsey, 23, was arrested for attacking the unidentified officer, who'd been attempting to break up a group fight in Riverside early Friday morning.

Ramsey faces charges of resisting an officer with violence, battery on a law enforcement officer and affray.

According to the arrest report, police initially responded to a call in the area of 600 block of Oak Street regarding multiple vehicles being burglarized around  2:10 a.m.

Upon arrival, one of the complainants advised the JSO officer she'd heard gunshots down the road. JSO says the officer saw a gathering of people near Edison Avenue and an active fight.

The officer requested backup and approached the fight with his police rifle slung on his back. The report says he saw about eight people fighting and arguing in the middle of the road and gave them loud, verbal commands to stop. The officer had to physically separate two individuals, one of whom was later identified as Ramsey.

The officer attempted to detain Ramsey for failing to obey his verbal commands but was unsuccessful. The officer attack that was recorded and posted to social media is redacted entirely from the police report.

However, the report goes on to say the officer picked up his glasses and gave chase, eventually catching Ramsey, throwing her on the ground and handcuffing her.

Fraternal Order of Police President Steve Zona told First Coast News the incident was unusual only because it was recorded.

"The questions been brought up of, 'Hey, I can't believe nobody from that crowd actually went over there and tried to help that police officer.' And, you know, people say it's a direct reflection on a community. I don't think it is. I think the majority of our community does support law enforcement and would have helped that officer had a been there. I think it's a direct reflection on the people who were there, and nobody else. And obviously, the Fraternal Order of Police hopes the person arrested is prosecuted to the fullest extent of the law."