An arrest warrant for murder has been issued by the Jacksonville Sheriff's Office for Logan Mott in connection with the death of his grandmother, Kristina French. 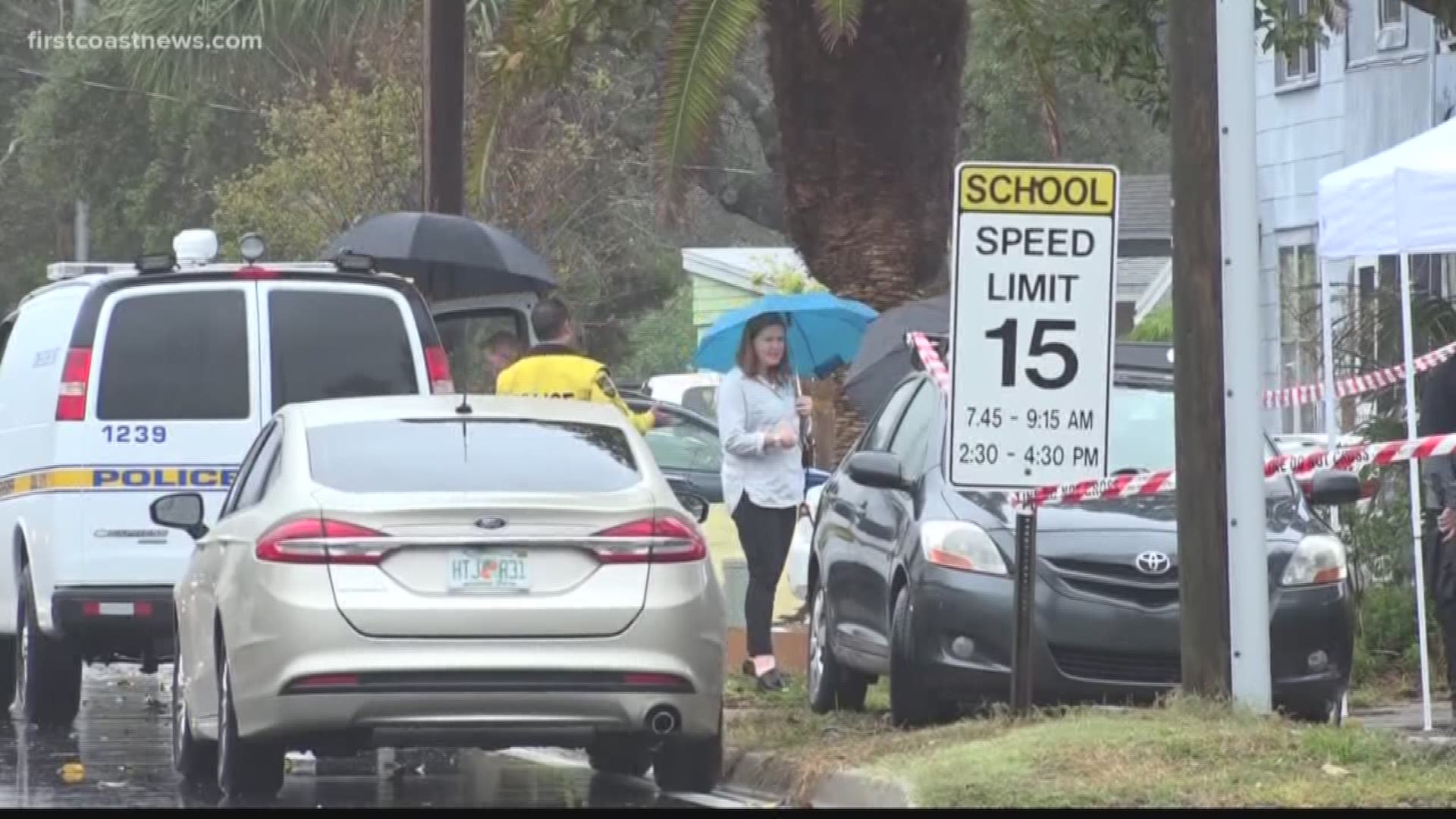 Logan Mott is currently being held without bond in a Buffalo, New York jail in connection to the death of his grandmother, Kristina French. His next hearing is scheduled for Friday at 9:30 a.m. Assistant District Attorney told the judge that French was found dead with gunshot and multiple stab wounds.

Mott's defense attorney told our sister station WGRZ that his client needs a little longer to make a decision on whether to go through with an extradition hearing in Buffalo or waive the extradition hearing and be sent immediately back to Jacksonville. In court on Wednesday we learned that three fire arms were allegedly found in the car that Logan Mott was stopped in when he tried to make a u-turn on the Peace Bridge on Friday. Firearms that prosecution say belonged to Mott's father, a law enforcement officer in Florida. Prosecution says a knife with what looked to be blood was also discovered.

JSO is working with authorities in Buffalo to extradite Mott back to Jacksonville, according to JSO's Twitter page.

Logan Mott, 15, who is a person of interest in the death of his grandmother, has had his initial court hearing postponed until Wednesday after being captured Friday night by U.S. Customs and Border Protection (CBP) as he tried to enter Canada from Buffalo, New York, according to sources and previous reports.

Mott's hearing initially was slated to proceed on Monday afternoon but has since been postponed.

Mott's mother confirmed with First Coast News on Friday evening that Logan has been detained, but he is safe and sound.

He is considered a person of interest after police believe they found the body of his grandmother, 53-year-old Kristina French, in the backyard of the Neptune Beach home where both of them were reported missing earlier this week.

Logan Mott has been detained by U.S. Customs and a Border as he tried to enter Canada from the Buffalo, NY area. A big thank you to everyone for sharing and helping us get #LoganMott detained quickly. pic.twitter.com/OHNXqGU9ap

Logan Mott has been detained by U.S. Customs and a Border as he tried to enter Canada from the Buffalo, NY area. A big thank you to everyone for sharing and helping us get #LoganMott detained quickly. pic.twitter.com/OHNXqGU9ap

Police say the boy’s father, Eric Mott, returned from vacation on Wednesday to find his son and his mother missing, and his Neptune Beach house ransacked.

The father, a veteran’s corrections officer with the JSO, reported several guns were also missing from the home.

Police say they found signs of foul play, as well as French's car -- a silver Dodge Dart with a Florida tag DLLT42 -- missing. They subsequently discovered a gravesite at the Seagate address.

On Friday, authorities excavated the grave and discovered a body that matched the description of French and were able to positively identify her through an autopsy.

#LoganMott #KristinaFrench - The remains of Kristina French have been positively identified by the Medical Examiner. The investigation is active and ongoing. No further details are releasable. #JSO #JAX

#LoganMott #KristinaFrench - The remains of Kristina French have been positively identified by the Medical Examiner. The investigation is active and ongoing. No further details are releasable. #JSO #JAX

During the press conference Friday, JSO said they have video surveillance from south central Pennsylvania of a person matching his description, in a car similar to the missing Dart.

Logan Mott is considered a person of interest in the case. Police stopped short of calling him a suspect, but said in a press conference Friday "we need to talk to him about what happened in the house."

Shortly after 7 p.m. Friday, CDP said he made a wrong turn onto the Peace Bridge leading to Canada and pulled him over. Upon inspection, agents learned that he had a warrant out for grand theft auto charges in relation of the case and that he is a person of interest in French's murder. He was taken into custody without incident.

Agents also said he was driving the missing Dart.

He is currently being held by the Buffalo Police Department on the auto theft warrant.

Logan Mott's mother, Carrie Campbell-Mott, told First Coast News that the boy has had some has had trouble adjusting in recent months after transferring away from his friends at Fletcher Middle School and entering Sandalwood High School.

She raised concerns in recent days that the diabetic teen might not have access to his needed insulin. Police now think he has packed enough insulin packs to last him several weeks.

Following his capture, she gave the following statement to Good Morning America:

"We are relieved he is safe and in custody and we just ask for everyone to give us time to sort out what happened. That no matter what, Logan is our child and we love him and are standing by him to help in any way. We want to find out what happened to Kristina and we need time for that to happen."