Rafael Cuevas, 53 is being charged with two counts of sexual battery and six counts of lewd and lascivious molestation against a victim under 12 years old. 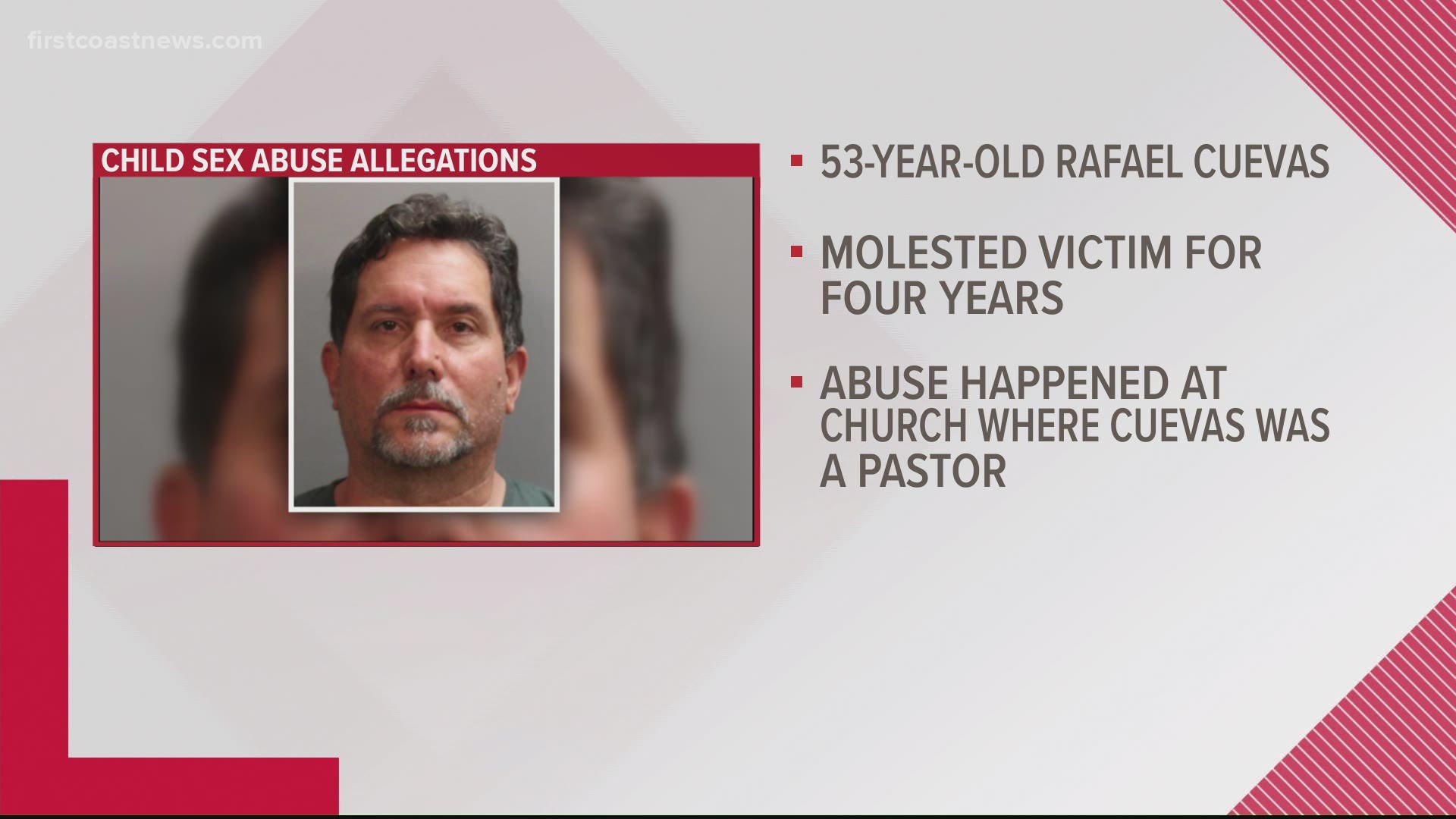 JACKSONVILLE, Fla. — A Jacksonville pastor has been arrested on multiple counts of sexual misconduct.

Rafael Cuevas, 53, was arrested Wednesday and charged with two counts of sexual battery and six counts of lewd and lascivious molestation against a victim under 12 years old.

According to the arrest report, authorities received reports that Cuevas had been molesting a child for four years with the last incident being in June 2020 and the first being in 2017.

Investigators found that the victim was under 12-years-old during the four years of the alleged abuse. The child told detectives that Cuevas would molest her four to five times a week, the arrest report says.

The child also told authorities that the molestation occurred in multiple locations including the church where Cuevas was a pastor and inside of his truck, the arrest report says.

During the investigation, a second child spoke with detectives and reported that Cuevas also molested her on multiple occasions.

Investigators attempted to speak with Cuevas but he declined to be interviewed.

Cuevas is currently being held in jail with no bond.