A stolen Aussie poo has been returned to the pet store it was taken from, according to the store's manager. 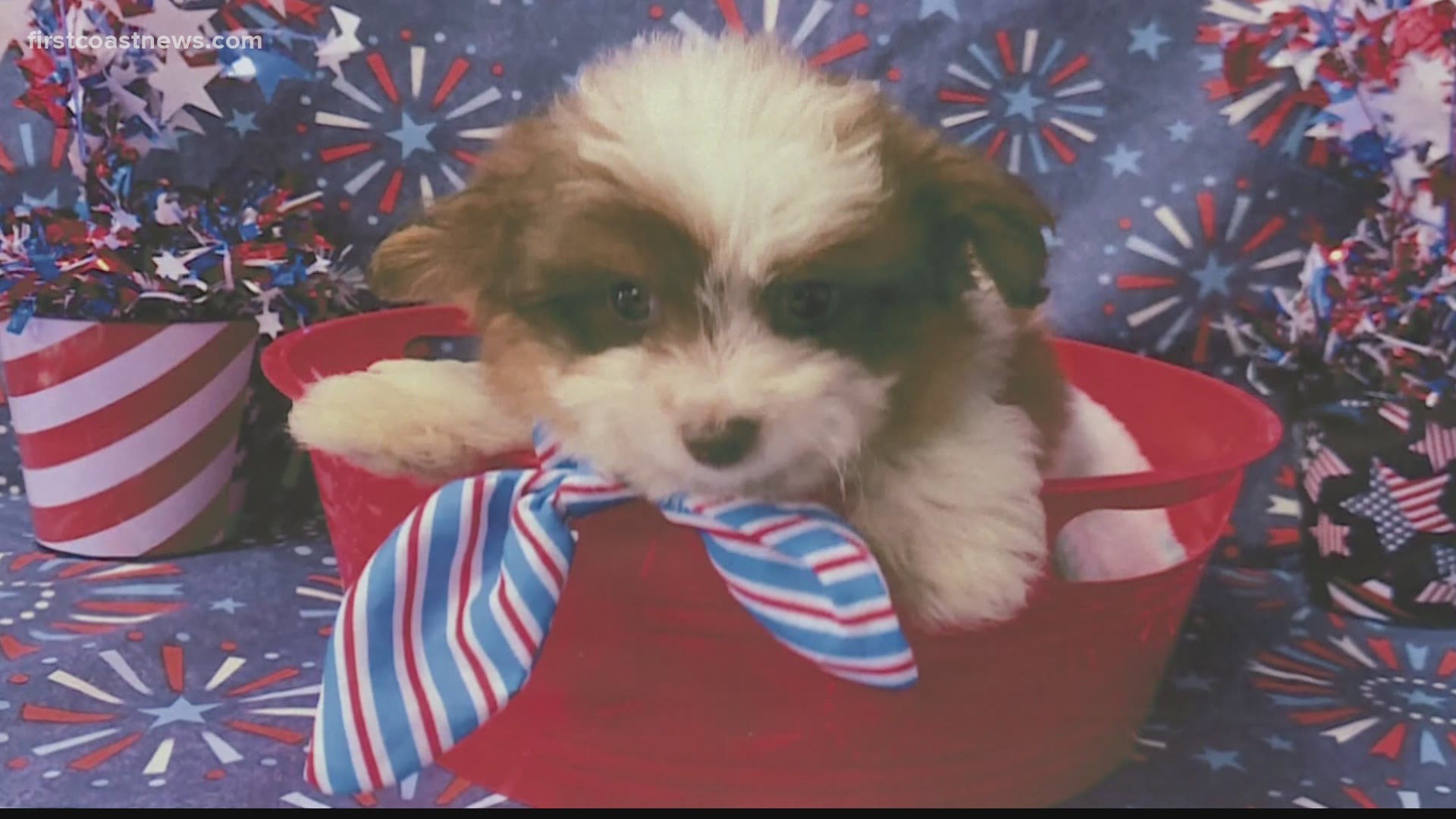 JACKSONVILLE, Fla. — A 10-week-old puppy valued around $2,500 that was stolen from a Westside pet store over the weekend has now been found.

The manager and daughter of the owner of Puppies Galore and More shop on Blanding Boulevard, Kari Darnold, tells First Coast News a man brought the Aussie poo back to the store Friday.

Darnold says the man was was watching the news last night and realized his neighbor had the puppy. He told her to give it to him or he was going straight to the police, Darnold says.

The man's neighbor said she didn't want any problems and handed the puppy over, according to Darnold.

UPDATE: The puppy has been found!

The store owner's daughter tells me a man brought the puppy back. He was watching the news last night and realized his neighbor had the puppy. @FCN2go https://t.co/OhpXaUXEOa

In surveillance video from the weekend, you can see two women, one in a pink shirt and the other in orange, playing with puppies inside the shop.

But, Kello says there was something odd about the situation.

"Both had large purses. One had a backpack."

In the video, recorded on Sept. 12, you can see the woman in the orange shirt walk around the store and come back to one particular puppy pen.

"I went and looked at the security surveillance and they had stolen the puppy," Kello said.

You can clearly see the woman put the small puppy, called an Aussie poo, in her purse.

"A miniature Australian shepherd mixed with a poodle. It is very small. Probably one and a half pounds."

Kello says the popular pet had just been placed out front for sale.  She said he was in the back of the store, because he had special needs, and needed more attention.

"He was kind of on a special diet to make sure he didn't have anymore problems."

That's Kello's main concern right now, that the puppy is at a home, not getting the proper care he needs.

Kello filed a police report and offered a $300 reward for anyone who helps bring the puppy back to the store.

If you have any information, contact the Jacksonville Sheriff's Office or call Marsha Kello at 904-779-0091.