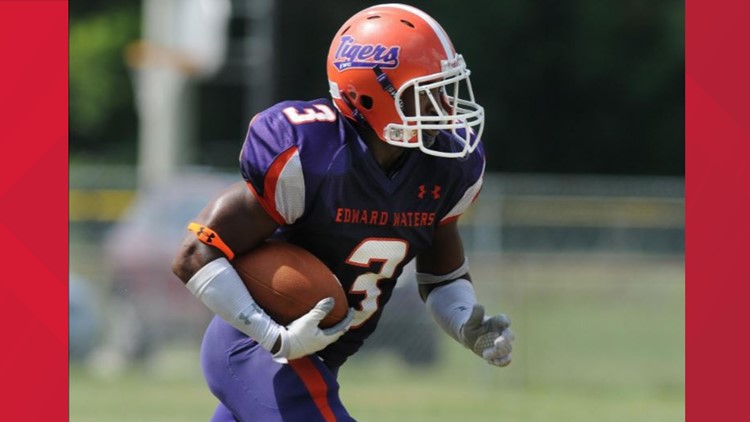 JACKSONVILLE, Fla. — For a time, it seemed to many people that Ray Elliot Dukes III was a living testament to what hard work, perseverance, prayer and a true desire to leave street life behind can do for a person.

Dukes performed masterfully on the gridiron at Raines High School and many years later at Edward Waters College where he served all four seasons as the captain of the football team.

Dukes though had less success on the streets of Jacksonville where he was caught with drugs, guns and wads of cash.

In December 2017, Dukes was shot in the chest as he left a store. He survived. In July, shots were fired at him and an acquaintance. The acquaintance died.

Dukes told a woman he considered to be a second mother to him that he was afraid they — whoever they were — were coming for him next.

Doretta Cromartie checked in regularly with Dukes to make sure he was OK. He went to work faithfully each day, he spent time with his four daughters, he generally kept his head down as far as she and others knew.

Dukes’ luck ran out Aug. 17 when he was gunned down in the parking lot of the Normandy Apartments, 8441 Helen Terrace. He had been staying with his aunt.

When police arrived several people in the parking lot were attempting to save the 30-year-old’s life. It was too late. Dukes became Jacksonville’s 102nd homicide victim of the year.

Not that long ago Dukes told a judge and people he was close with that he was desperate to change the course of his life, and it appeared he was doing that.

It was his felony record.

Before graduating from college Dukes worked at a grocery warehouse. He continued working there for a time. He previously worked at Family Dollar. He did landscaping and janitorial work.

But his supervisor at Goodwill, a company known for giving second chances, anticipated better money and a better job in the future for Dukes.

“I told Ray, ’Give it a little bit of time. Get yourself together,‴ Streater said. “With his credentials and degree, I’m sure he would have climbed the ladder here at Goodwill. He was very smart. ... a very good worker. A hard worker.”

Dukes was willing to start at the bottom and prove that the old days were over.

“Every time he touched the ball, it was nice,” Cromartie said.

School officials knew he had a tough upbringing.

“It was a tough area, but he was loved by everybody in that community because he was such a good football player,” Cromartie said.

Cromartie and his wife knew Dukes wanted help, they did what they could in college and in the years afterward.

“He got the degree. He didn’t have to walk. He walked many years to get it,” she said.

Nat Glover, the now-retired president of Edward Waters College and former sheriff, said Dukes offered so much potential as someone who could turn his life around and go back into his community and show other youths that there is a better life out there.

“He was one of those individuals that we take pride in,” Glover said. ”... They can do so much good and that is what we were hoping he would do.”

Instead, the life of the former high school and college star ebbed away in the parking lot of a Westside apartment complex.