Two guards and three inmates were injured in a two-hour melee broadcast widely on Facebook Live. 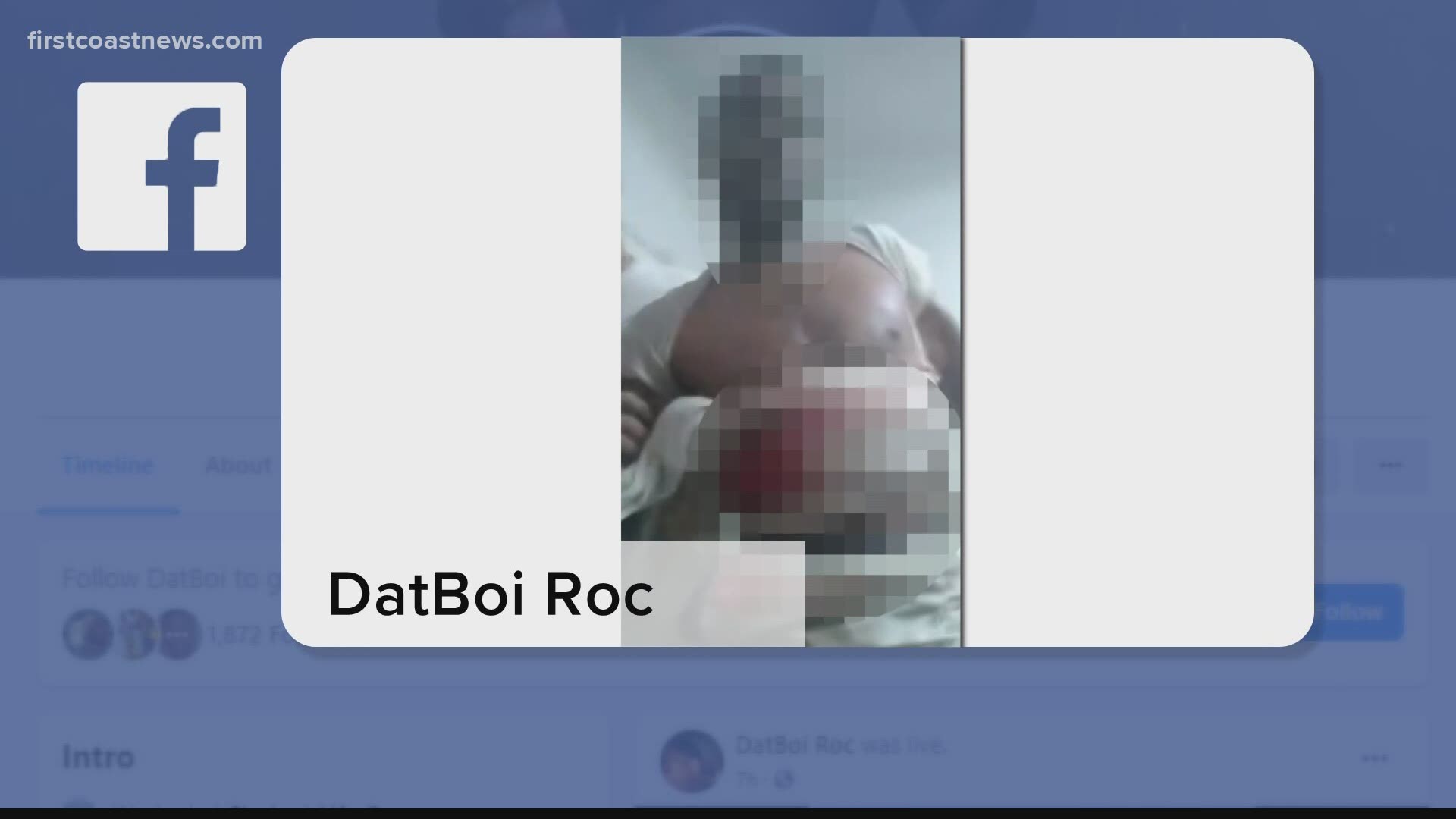 WAYCROSS, Ga. — The scene was chaotic and bloody. With the camera veering from one injured prisoner to another and alarms screeching in the background, inmates of Ware State Prison in Georgia hosted a riot live on Facebook.

Another voice says, "Get him some water, man, he need some water."

The riot lasted for more than two hours Saturday night, resulting in injuries to at least three inmates and two guards. Windows were broken and a golf cart was set on fire.

While officials have been tight-lipped about the causes of the melee, the story of what’s happening behind bars is playing out in a very public space – social media.

The videos are among dozens of recordings posted to Facebook and TikTok – since deleted –  showing inmates smoking, holding cell phones, even eating Popeye’s – all considered contraband items, prohibited in prison.

The riot is just the latest setback for a facility that’s been plagued by violence and the coronavirus, with two inmate murders, and two other COVID-19 deaths just since June.

“It’s very unsafe,” said former prison guard Lamar Eason. He recently left Ware State after 10 years, in part over safety concerns. He says the videos demonstrate a critical staffing shortage that puts guards at risk, and the prison on the edge of chaos.

According to the Georgia Department of Corrections, Ware State “is a closed custody facility that houses inmates who have behavioral/management issues. The goal of this facility is to take an inmate who is disruptive and modify their behavior so that they may eventually return to the general population of a lower security institution. Ware State Prison also acts as a release site for sex offenders. Currently this facility can hold 1,546 adult males.”

In an interview with UnEdited Real Talk Right Now Media, Eason noted that not all contraband is harmless -- holding up a 12-inch shank, confiscated from an inmate. But he says staffing shortages leave guards hard-pressed to combat the problem.

“There’s a lot of area of the prison that are unmanned, like the towers, the perimeter. And people run over and throw bags to the inmates -- and that’s how they get most of their contraband.”

Bobby Worthy, president of the Georgia activist group Justice League United, distributed the video widely when it first aired, out of concern for prisoner safety.

“I can see that the inmates were injured ... and more than likely could not get help,” said Worthy. Because the facility was on lockdown, Worthy feared it could be hours before their wounds were treated.

“They know very well the cell phones could have saved their lives,” said Worthy. While the contraband may get them punishment, he said without the social media posts, the public would never know what happened inside the riot.

“The end justifies the means.”

Asked about the contraband issue, Georgia Department of Corrections spokesperson Joan Heath said, “Yes, the GDC is aware. Possession of contraband by offenders is a serious issue, not only for Georgia, but for Correctional agencies across the country. Offenders caught with contraband cell phones will receive disciplinary sanctions, as well as potential penalties listed in O.C.G.A. 42-5-18 (2010).”