Felicia Jones, 21, was found dead by someone walking in the park early Saturday morning. 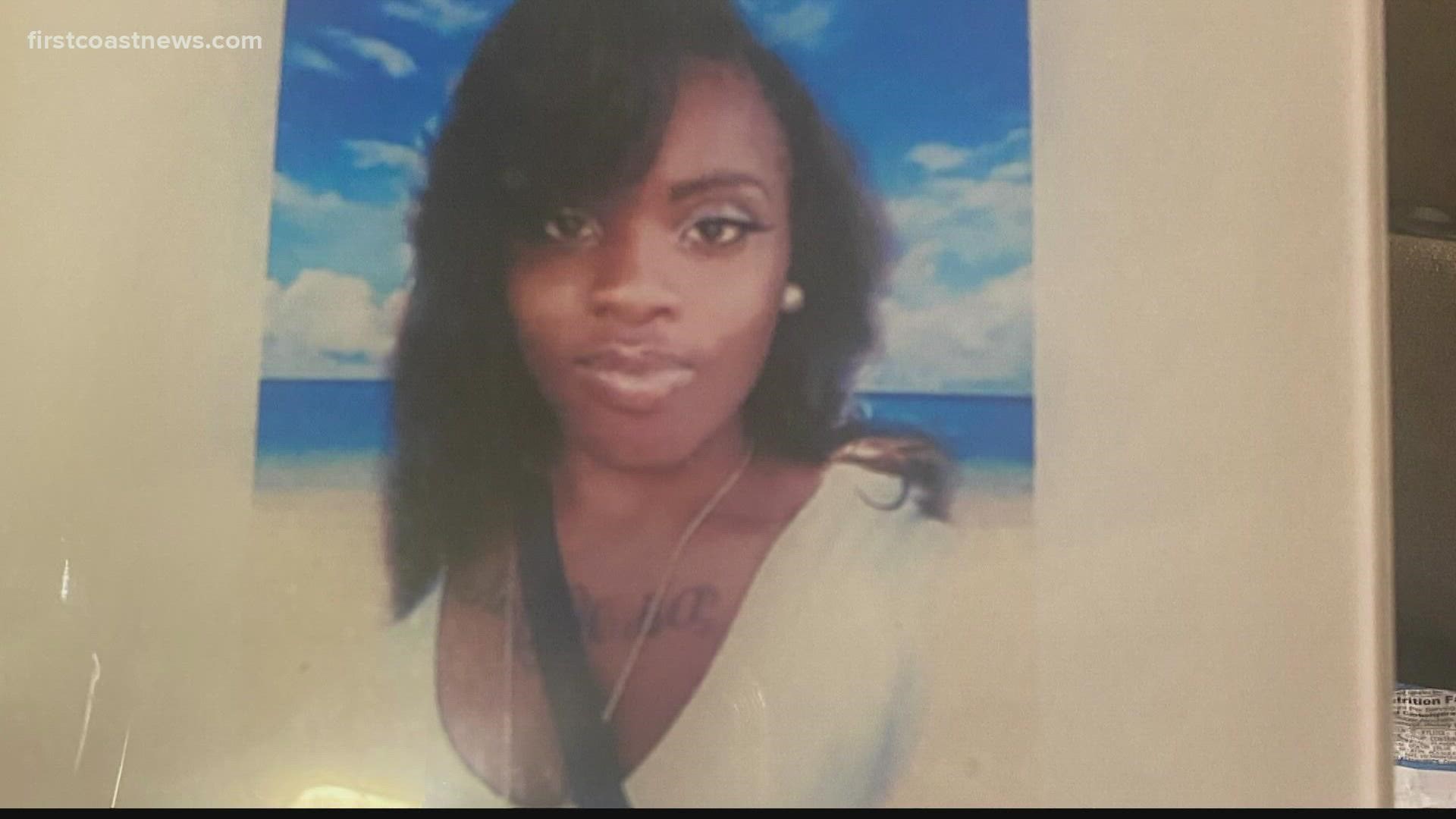 JACKSONVILLE, Fla — The family of a pregnant woman found dead at Riverview Park Saturday morning is asking the community to come forward with information surrounding the 21-year-old's death.

At about 6:30 a.m., someone walking in the park called 911 after finding an unresponsive female inside the park, according to the Jacksonville Sheriff's Office.

Officers located the woman, who was pronounced dead at the scene.

Police secured the scene and JSO's Homicide Unit, Crime Scene Unit and State Attorney's Office investigators all responded to the area. After their initial investigation, police are treating this situation as a "suspicious death with foul play suspected," JSO said.

First Coast News spoke with the victim's family who identified her as 21-year-old Felicia Jones. She was nine months pregnant and due on October 8.

The family has created a GoFundMe to help pay for funeral costs for Jones and her unborn son. You can click here to donate.

“We want to let the world know that she was loved," Williams said. "Her baby was expected. We wanted this baby. I was super excited about my nephew. All of that has been taken away from us. We’re distraught right now.”

Police did not say what led investigators to suspect foul play.

“Felicia, better known as Fee Fee, she was a beautiful person inside and out. She had that bubbly spirit. Even if she was going through something, you wouldn’t be able to tell because she was that type of person where she had a lot of strength. She was super excited about being a first-time mom," Williams said.

Anyone with information on the incident should call the Jacksonville Sheriff's Office at 904-630-0500 or Crimestoppers at 1-866-845-TIPS. You may also e-mail jsocrimetips@jaxsheriff.org.

“We’re not taking it well right now. We want answers. We want to know why. We don’t understand who would do such a disgusting crime. It’s sickening," Williams said.

This is Felicia Jones. She just turned 21 on September 6th and was nine months pregnant. Her mother is identifying her as the pregnant woman found dead earlier this morning at Riverview Park. 🙏Her mom is speaking to me in an exclusive interview on @FCN2go. pic.twitter.com/rFfyNKvlrv

Now the family is planning two funerals. Here's a link to donate to the family: https://t.co/wqmoSmhq8h
Anyone with information on the should call the Jacksonville Sheriff's Office at 904-630-0500 or Crimestoppers at 1-866-845-TIPS. You may also e-mail jsocrimetips@jaxsheriff.org pic.twitter.com/yfAFhGFahs