Police say the individual approached the teller, demanded money, and threatened them with an unknown weapon. 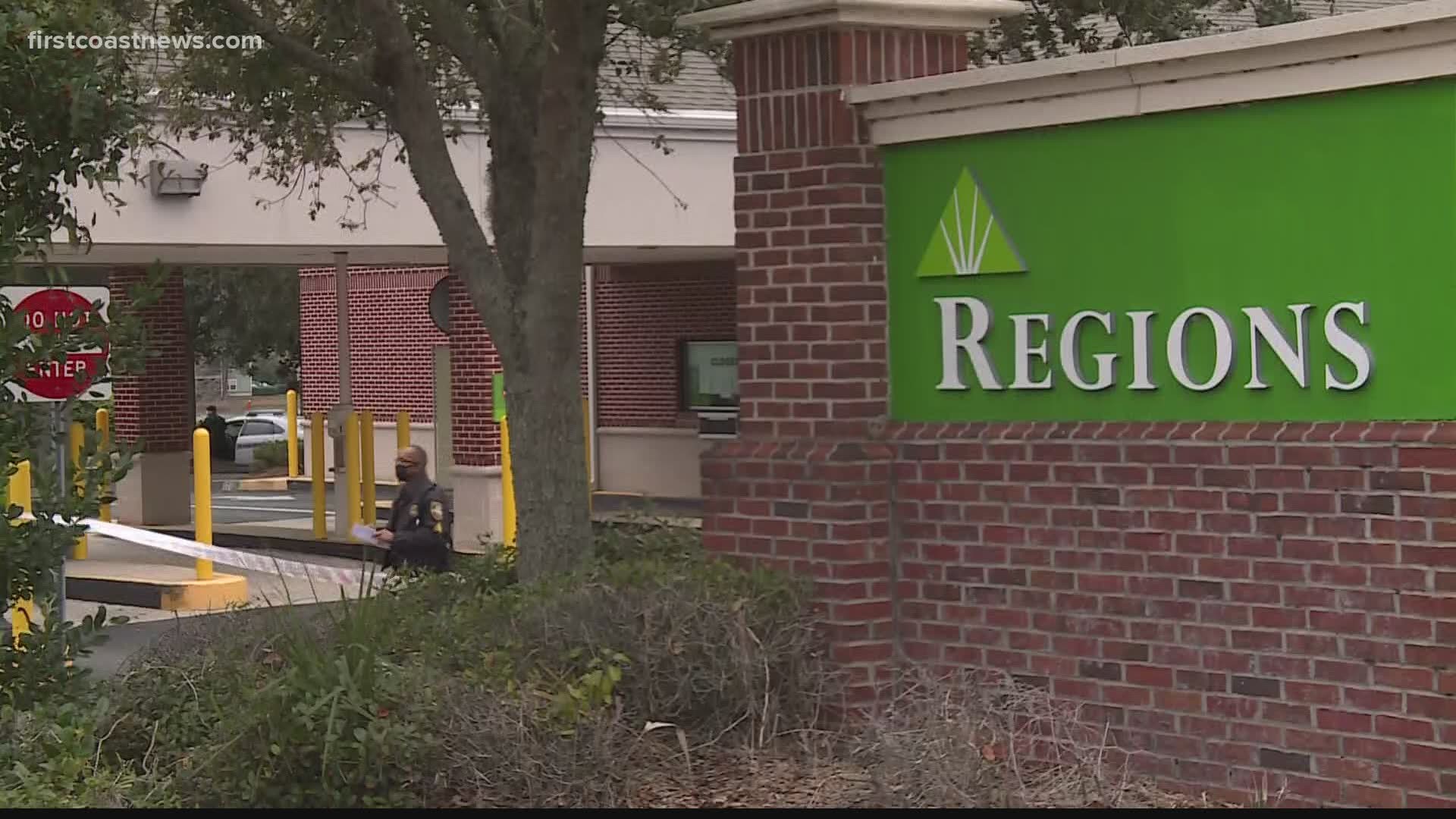 JACKSONVILLE, Fla. — The Jacksonville Sheriff's Office released a photo of the person who they say robbed a bank in the Deerwood area Monday and got away with an undisclosed amount of cash.

The reported incident happened in the 4400 block of Southside Boulevard at the Regions Bank around 9:08 a.m.

The Jacksonville Sheriff’s Office is requesting assistance in identifying this person who is described as a white male standing about 5-feet and 5-inches tall. Police say he weighs approximately 130 pounds.

At the time of the robbery, police say the man was wearing a black and gray sweatshirt with red lettering, black sunglasses, a black hat, gray gloves and a white N95 mask.

Anyone who has any information regarding the identity of this suspect is asked to contact the Jacksonville Sheriff's Office at 904-630-0500 or email them at JSOCrimeTips@jaxsheriff.org.