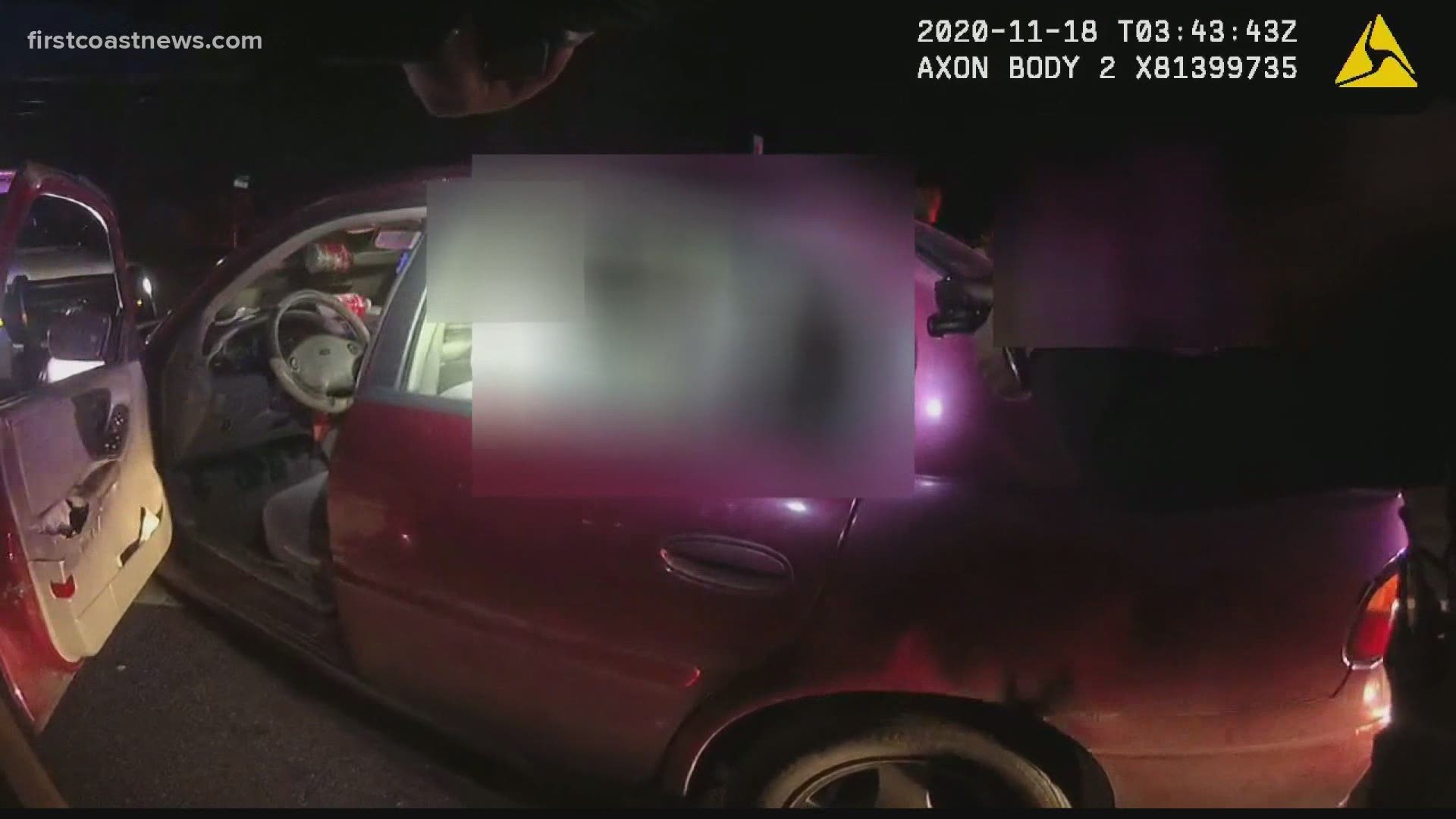 The footage shows an extended and tense exchange between officers and 18-year-old Devon Gregory before the teen is shot. Law enforcement sources say the teen shot himself, followed by a volley of bullets by several officers on scene.

The footage released shows the teen leaning over the passenger seat, after refusing to raise his hands before the first of dozens of shots are fired the body

JSO released a statement saying, “This case continues to be investigated, however, we are proactively releasing the body-worn camera footage of the police-involved shooting as a result of the Medical Examiner advising that the suspect suffered from a self-inflicted gunshot wound.”

First Coast News confirmed with JSO that Gregory’s family did view the video before its release.

Body-worn camera video is typically released only after an extensive investigation by both police and the State Attorney’s Office.