The Jacksonville Sheriff's Office says they're on scene of a shooting near the parking lot of Deland Missionary Baptist Church in Hyde Park. 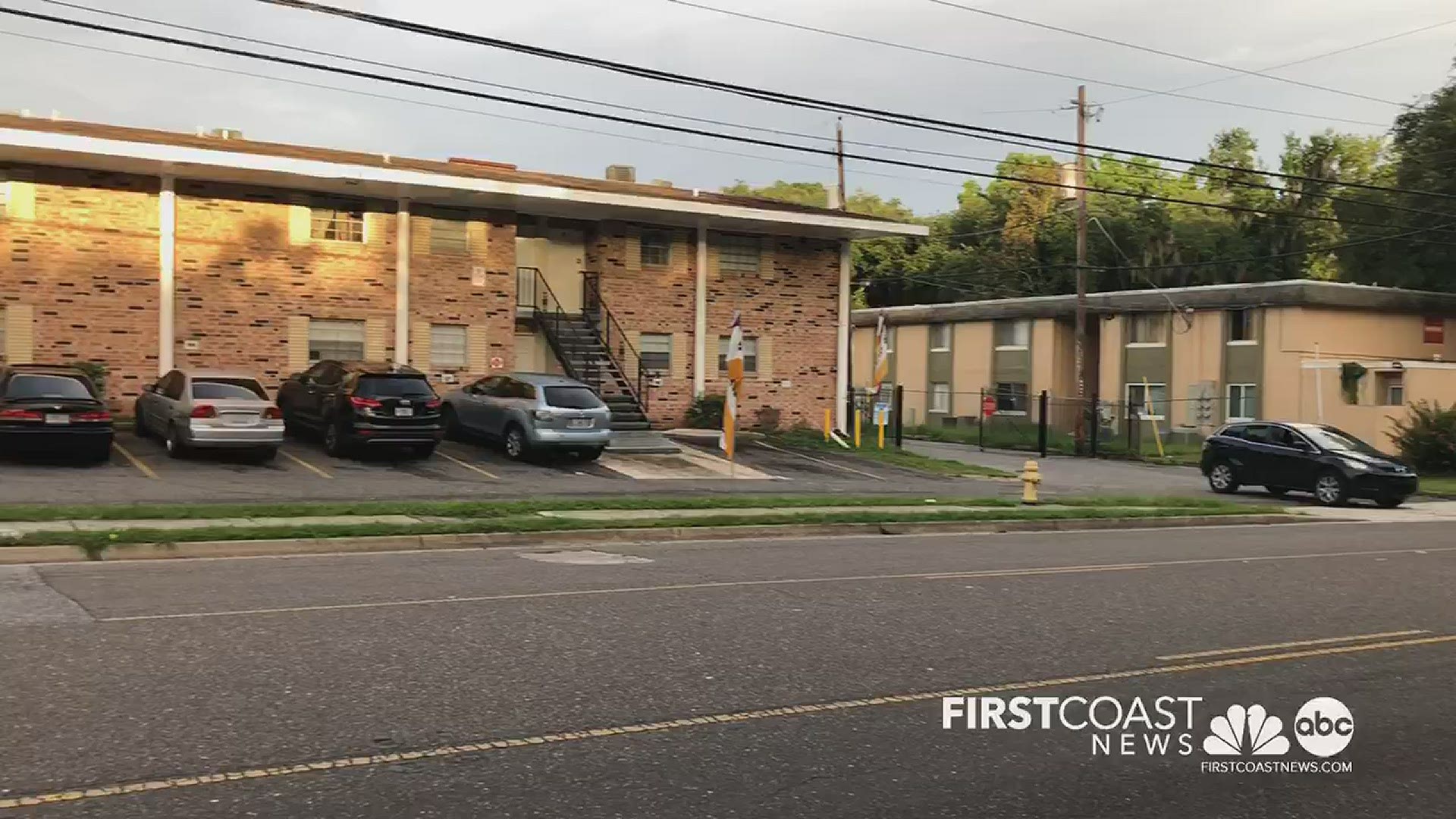 JACKSONVILLE, Fla — The Jacksonville Sheriff's Office is on the scene of a shooting investigation in a Westside neighborhood.

A First Coast News crew on the scene also showed an apartment complex at the reported address.

Police were called to the scene for reports of a person shot at 5:27 p.m. When officers arrived, they discovered the potential victims had already been taken to the hospital by someone in a private vehicle.

The victims were described as two men with non-life-threatening injuries.

Anyone with information is asked to call JSO at 904-630-0500 or email JSOcrimetips@jaxsheriff.org. Tipsters can also remain anonymous by calling Crime Stoppers at 1-866-845-TIPS.

RELATED: Man in hospital after drive-by shooting on the Eastside