According to the arrest warrant, 36-year-old Amy Oliver gave her son a lethal dose of temazepam, a sedative, causing his death. 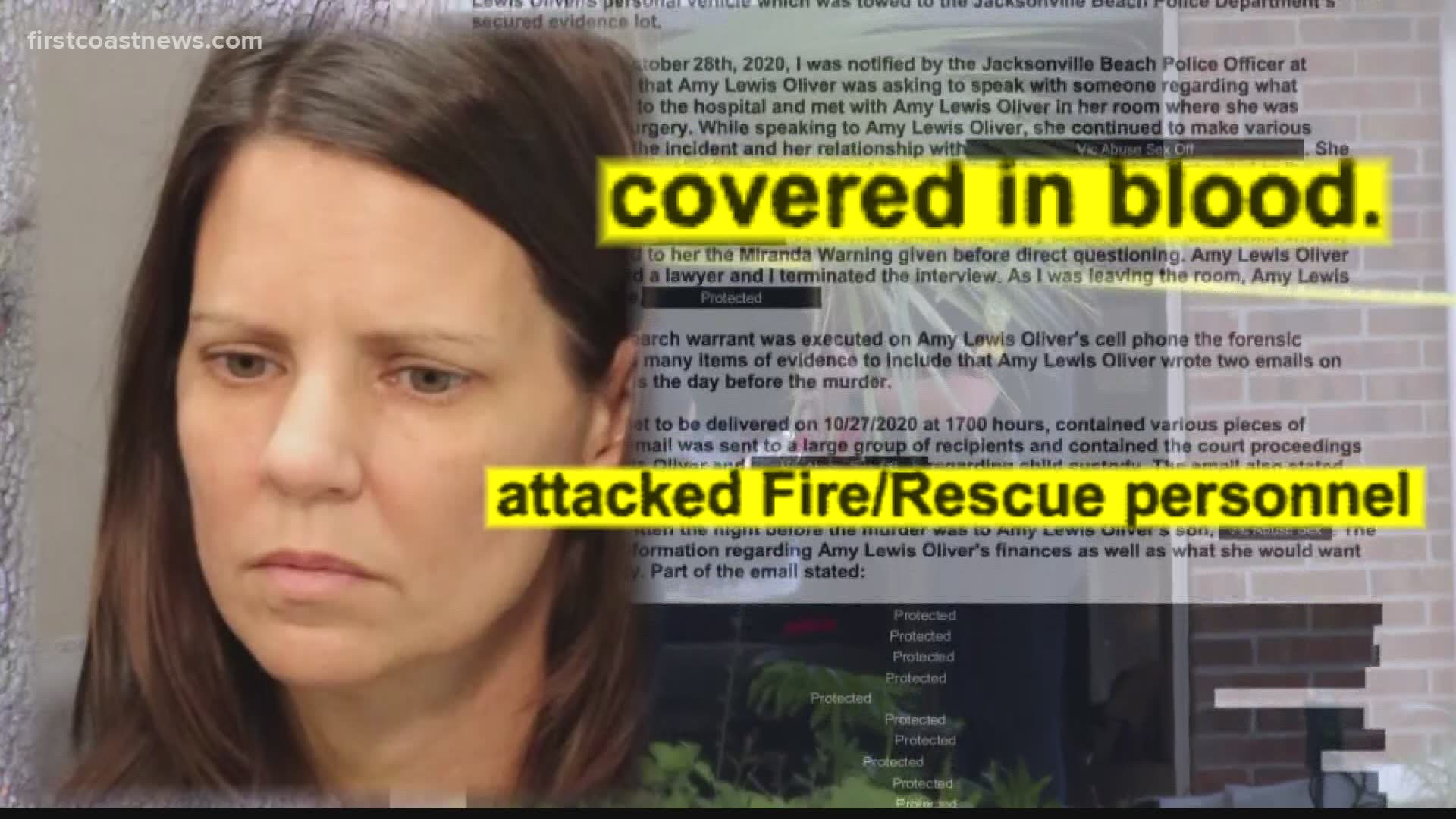 JACKSONVILLE BEACH, Fla — The death of a 3-year-old Jacksonville Beach boy in October was planned, according to investigators.

New documents obtained by First Coast News detail the days leading up to the child’s death, as well as a custody dispute between his parents.

On Oct. 27, the first 911 call reported “a four year old – not breathing." According to the arrest warrant, officers found the lifeless child inside a bedroom at a home in the 1400 block of Republic Drive.

It says Oliver was found covered in blood, threatening to stab rescue workers with a needle.

Investigators said she planned her son’s murder – and memorialized those plans in two emails.

Police say the first email, composed on Oct. 26, contained custody documents and asserted that she was being bullied. The second email, police say, was to Oliver’s adult son. It included directions on what should be done with her finances – and her body.

The day after Oliver wrote those emails, the boy’s father told police she came to pick up their son, but requested to “take a nap” first. According to the warrant, the father became suspicious after a few hours and forced entry into the main bedroom.

The medical examiner concluded the child’s death was a homicide. According to the warrant, Oliver gave her son a lethal dose of temazepam, a sedative, causing his death.

First Coast News Crime and Safety Expert Mark Baughman said Oliver’s attorneys will rely on psychological issues for its defense if the case goes to trial.

Oliver pled not guilty to the original charges of Aggravated Assault on an Emergency Care Medical Worker and Possession of a Controlled Substance.

However, she hasn’t entered a plea yet for the new charges. Oliver's next arraignment is set for Feb. 8.

According to the documents, Oliver’s adult son told police his mother’s relationship with her ex was “quite messy.” Court records show that custody dispute, which lasted over two years, didn’t end until two weeks before the fatal incident.

Oliver has been held without bond at the Duval County Jail for other charges from that night: Aggravated Assault on an Emergency Medical Care Provider and Possession of a Controlled Substance.