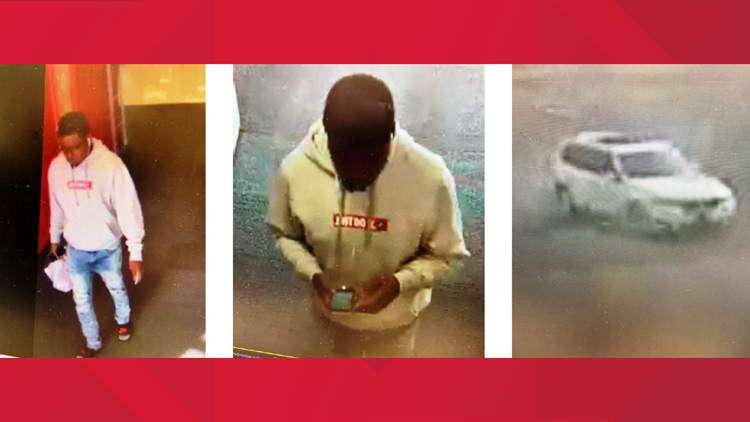 The Jacksonville Sheriff's Office is asking for the community to help identify a man after a reported auto burglary and credit card fraud.

Police said a victim reported that her vehicle has been broken into via a window and that her purse was missing, according to police.

The woman told police the burglary took place while she was inside a YMCA located in the 10400 block of San Jose Boulevard.

Police said that shortly after the woman reported the burglary, the pictured man was seen using the victim's credit card at a local store.

The man was seen on surveillance video driving a white SUV, according to police.