The shooting happened around 6 p.m. after a dispute between two groups over a parking space, Atlanta Police said. 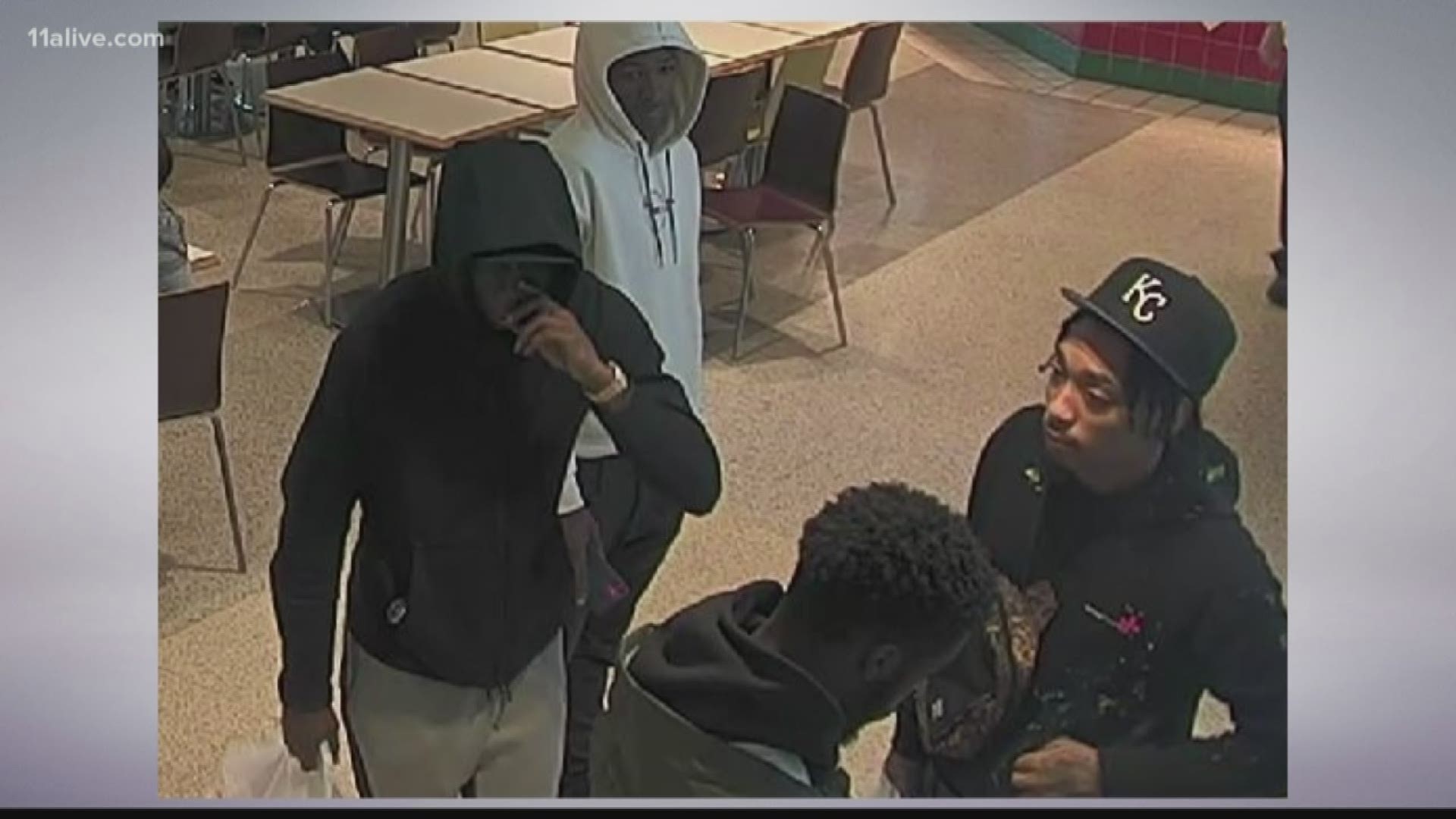 ATLANTA — Atlanta Police are circulating surveillance images of "persons of interest" in a deadly shooting at Lenox Square mall on Sunday. It comes the same day investigators released a person who had been detained without handing down any charges.

The shooting happened around 6 p.m. after a dispute between two groups over a parking space at the shopping mall, police said.

The three men are likely those that were also in the car during the dispute, as police said on Sunday that they were looking for three additional suspects.

Saturday's shooting is the fourth such incident at Lenox Mall in mere months. The first happened during the busy Christmas shopping season on Dec. 21 in a parking garage. There, a Macy's employee was shot while being robbed.

Then, on Jan. 18, an officer shot a man who appeared to be robbing another at gunpoint in a different parking garage. It later turned out that the man who was shot had actually been robbed by the man he was seen holding at gunpoint.

In February, a man was shot during what police described as a botched drug deal in the parking lot outside of Bloomingdales.

RELATED: Lenox shooting timeline | Looking back at recent shootings at one Atlanta mall

Zone 2 Commander Maj. Andrew Senzer said the fight is ongoing to keep things like this from happening at the mall.

"These are brazen acts that are being committed, you know, within the presence of law enforcement officers," Senzer said. "And, you know, we're going to continue to work with the extra job coordinator here, with mall security to ensure we are providing the presence where we can take back this space."

Senzer said the Atlanta Police Department has provided an "incredible amount of enhanced visibility" by having officers at the mall throughout the week. The mall also has its own mini-precinct office inside.