After a tense Friday morning in an Orange Park neighborhood that included a SWAT standoff, Clay County Sheriff's Office say it was the result of a prank call. 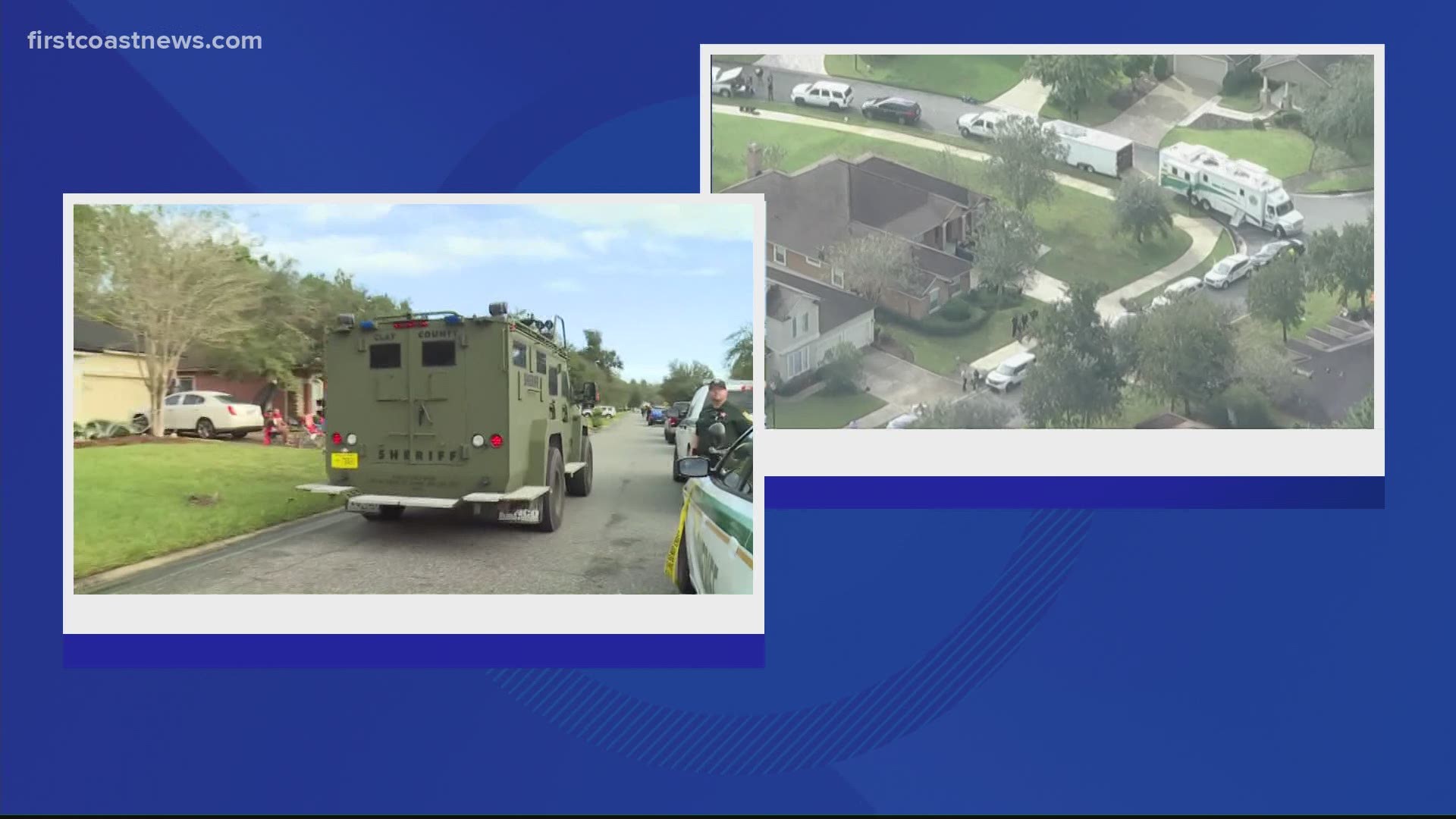 ORANGE PARK, Fla. — A SWAT standoff in the Eagle Landing neighborhood of Orange Park Friday morning has since cleared, as the Clay County Sheriff's Office removed all crime scene tape and left the area around 11 a.m.

The sheriff's office released a statement Friday afternoon saying the incident was the result of a prank call. The following is a portion of that statement:

It appears at this time the call concerning this incident was a prank. There is no threat to the neighborhood and no ongoing investigation into any criminal activity at the home we responded to today.  We continue to investigate the origin of this call and that investigation remains open.  The Clay County Sheriff’s Office makes the safety and security of our residents our top priority and we stand ready to respond to any threat to our community.

CCSO said it had an increased law enforcement presence in the 1200 block of Harbour Town Drive and asked for the community to stay out of the area.

It turned out no one was inside the home officers were looking into. The sheriff's office cleared the scene and told First Coast News they are not searching for anyone and no one is in danger.

"The scene is clear," CCSO tweeted at 11 a.m. "We've determined there is and was not any threat to the community. Our units are leaving the scene now. We'll release more information as it becomes available."

Neighbors told First Coast News they have been evacuated from their homes. Some gathered outside, watching the sheriff's office work.

A First Coast News crew heard an officer say "Please step out of your home. We would like to talk to you."

Neighbors said the scene was intense.

"A little up the street from us police officers in tactical gear with rifles and guns out and the bullhorns were telling somebody to come to the door with their hands up," neighbor Ciny Bleiel said. "And let them know they're safe. That didn't seem to get a response. Then they started going to surrounding neighbors and asking them to vacate."

Some neighbors were told to evacuate while others were sitting in chairs outside their home waiting to see what happened, according to our crew on the scene.

Despite the good update, neighbors are still gathered outside wanting more information. We talked with Elroy Plummer right before the Swat team left the scene. He’s lives here for 10 years & says this is a very tight knit neighborhood. @FCN2go pic.twitter.com/7QtkjJgIbP

I’ve just arrived on scene and there are dozens of Clay County Sheriff’s vehicles lining the street. Neighbors are gathered outside watching the Swat team. My photog Marcus Oliver heard officer say “please step out of your home. We would like to talk to you”. @FCN2go https://t.co/0EZHYEEqJ9 pic.twitter.com/ATc2ts4MoJ