1 person killed, another injured in shooting at Westside home

Police said that one person was detained after a shooting at a Westside home killed one person and injured another, according to the Jacksonville Sheriff's Office. 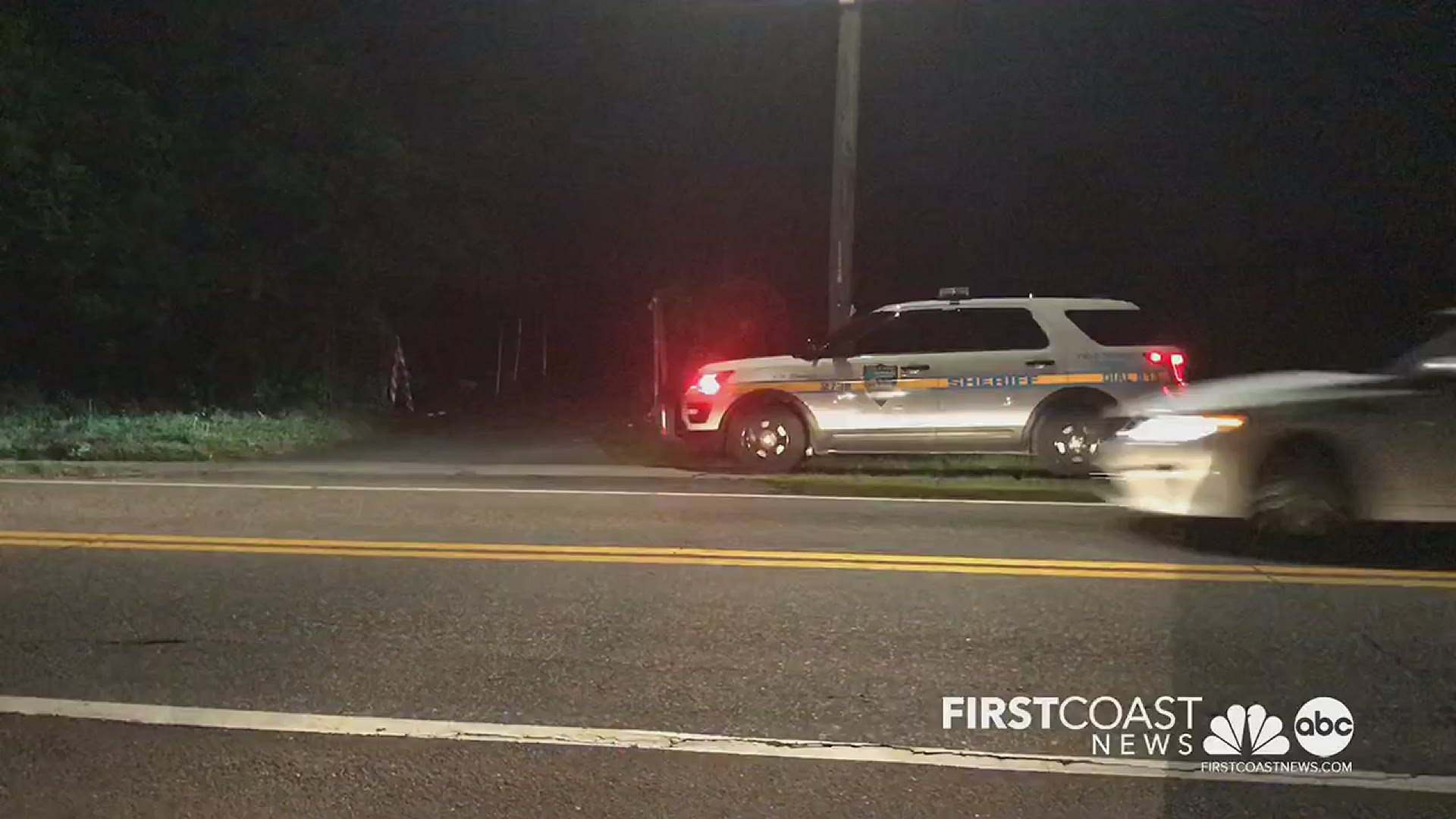 JACKSONVILLE, Fla. — One person is detained Thursday following a shooting that killed one person and injured another on Jacksonville's Westside.

Around 1:30 p.m., the Jacksonville Sheriff's Office said responded to reports of a double shooting at a home located in the 6600 block of Firestone Road.

At the home, police found two victims suffering from gunshot wounds. One person was pronounced dead at the scene and the other was taken to a local hospital with non-life-threatening injuries by the Jacksonville Fire and Rescue Department, police said.

One person was detained at the scene and is being interviewed by police. The victim that was taken to the hospital for treatment is also being interviewed, police said. Initial investigation shows that an altercation occurred inside the home which led to the shooting.

JSO's Homicide Unit and Crime Scene Unit is investigating the incident and further information is expected to be released at a later date.