Police confirmed to First Coast News that the victim in the incident was Adam Amoia. It happened in the parking lot of Dos Gatos in St. Augustine. 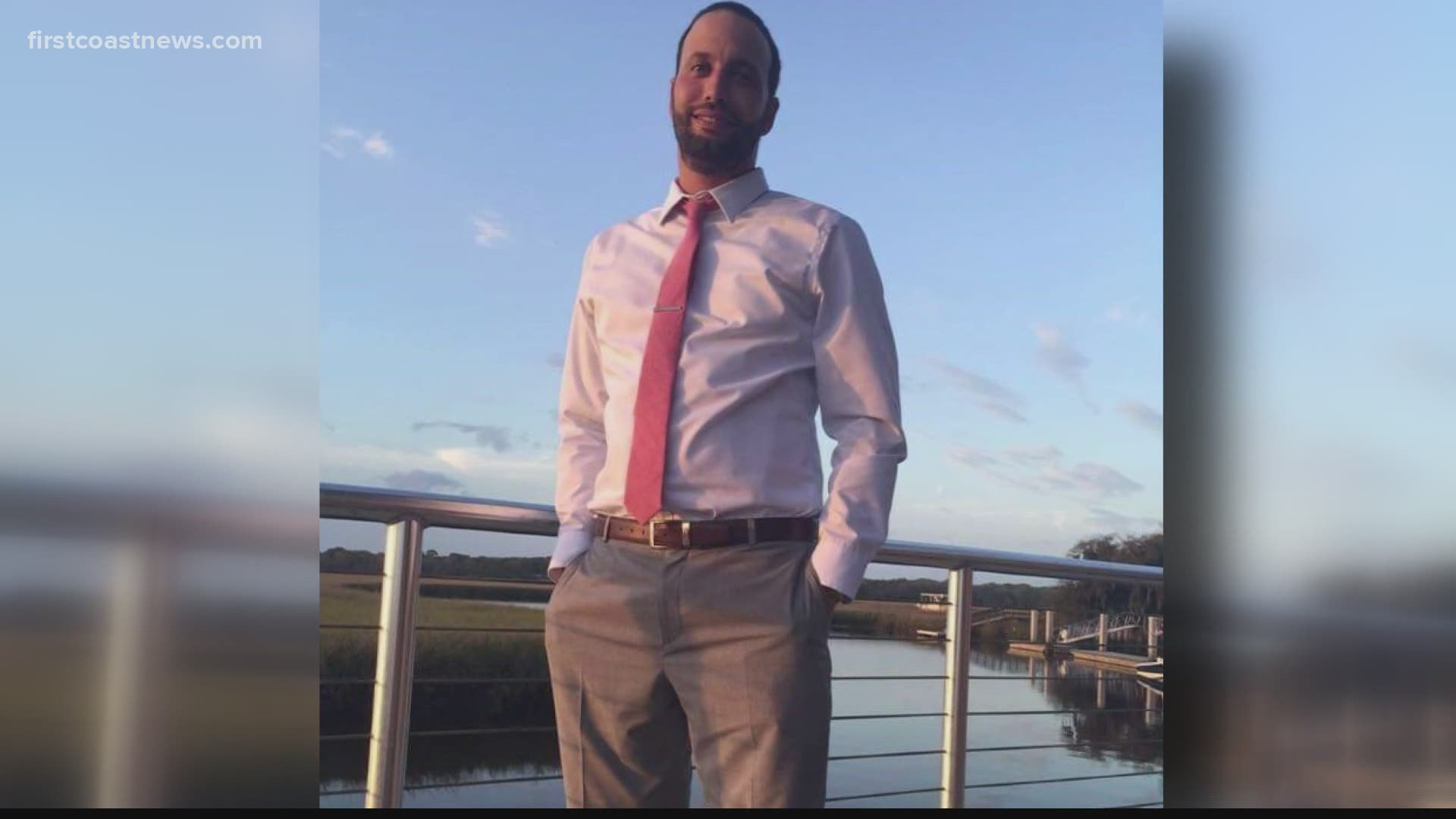 ST. AUGUSTINE, Fla. — A man has been released from custody after killing a man in downtown St. Augustine in what he claims was self-defense.

The shooting happened last Saturday around 1:50 a.m. outside of Dos Gatos bar on Hypolita Street, according to the St. Augustine Police Department.

Police confirmed to First Coast News that the victim in the incident was Adam Amoia.

“We are deeply saddened and traumatized by the loss of our son, brother, nephew, and cousin Adam," Lawrence LoTempio said.

Lawrence LoTempio is Amoia's cousin, and he wanted to share this message from the family.

“This is a huge loss not only for our family but for our community, and the neighborhood as well," LoTempio said. "We have great faith that the justice system will prevail so that we can commence in our grieving process.”

Luis Casado, 30, was detained by police but released after he said the shooting was in self-defense. No charges have been filed, but a 28-page police report First Coast News obtained showed the potential charges include murder and non-negligent manslaughter.

According to an incident report, police responded around 1:51 a.m. near the intersection of Hypolita and Cordova Streets in reference to a person being shot in front of Dos Gatos.

The responding officer reported that when he arrived, he found Amoia laying face down on the southern sidewalk of Hypolita Street with blood coming from him.

Police say that witnesses identified the shooter as a man standing across the street wearing a black suit. He was later identified as Casado.

When the officer approached him, he reportedly said "that guy punched me three or four times" and handed the officer a pair of eyeglasses that had the arms bent.

“Once the State’s Attorney take a look at it, through their investigation we should have a resolution soon,” St. Augustine Police Ofc. Dee Brown said.

Casado told police that the gun was in his right front pocket of his pants and that the shooting was in self-defense.

Later on, at the police station, SAPD said Casado described Amoia coming up and punching him "three or four times in the face" and that was when he shot the gun.

LoTempio said Amoia helped run several restaurants owned by his aunt and uncle including Georgie's Diner, Athena's and the Café Alcazar within the Lightner Museum.

St. Augustine Police Ofc. Dee Brown has this message for Amoia's family and the community.

“This incident affects the entire community, so you want to make sure you’re thorough and make sure you have all the facts before you present it," Brown said.

Amoia's friends recently came together for a candlelight vigil outside Dos Gatos. Attendees reportedly included a bride and groom at whose wedding Amoia was supposed to have served as a groomsman.

Lawrence LoTempio, Adam Amoia's cousin, told me, "This is a huge loss not only for our family but for our community and the neighborhood as well." He said Adam moved from NY 15 years ago & helped his family run several businesses in St. Augustine. @FCN2go https://t.co/gKtmKMWVYb