The mother, identified as 46-year-old Amy Lewis Oliver, was found in the bathroom in only her underwear holding an uncapped syringe, the arrest report states. 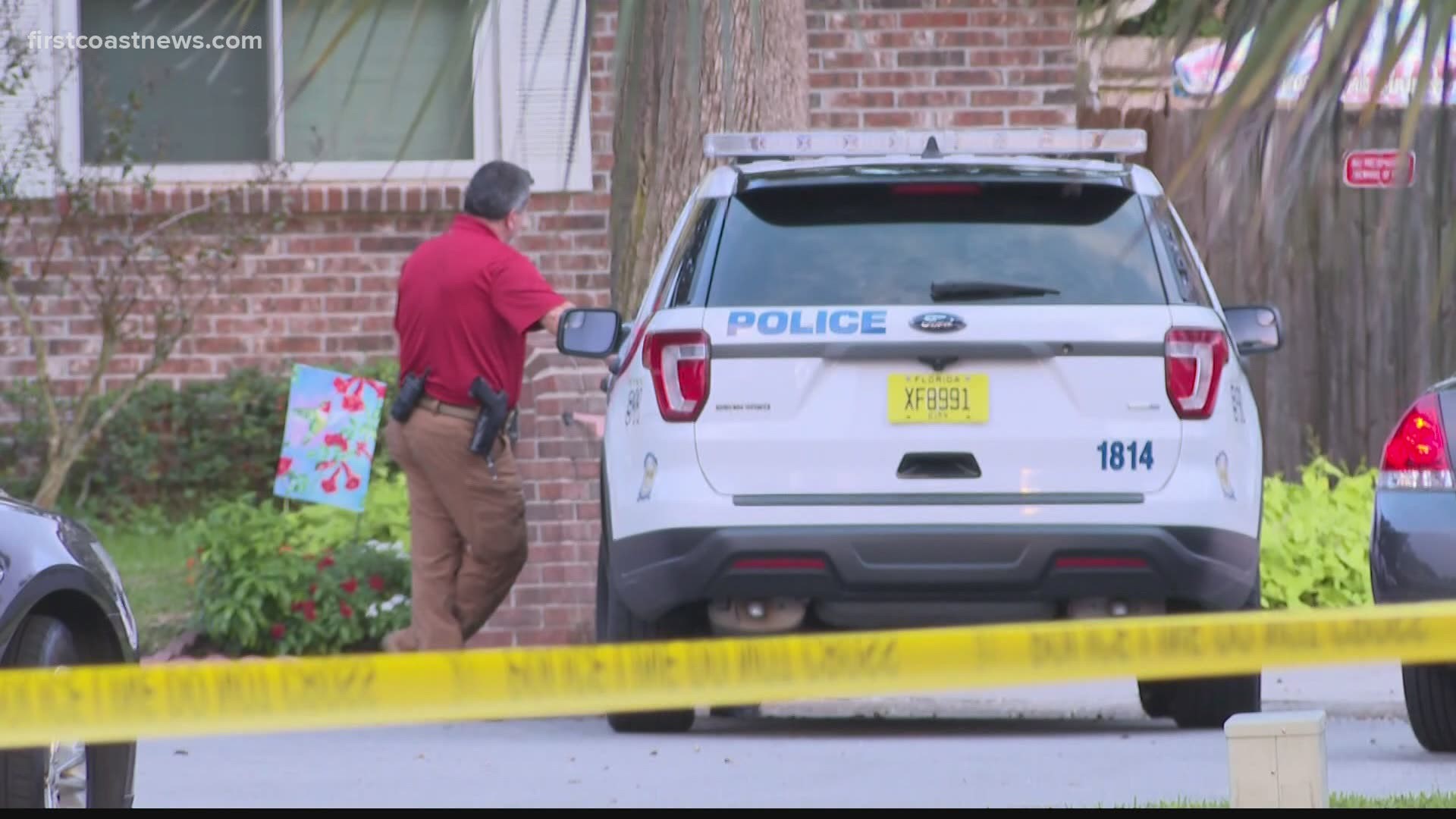 JACKSONVILLE BEACH, Fla. — Police have released the mugshot of the mother whose 4-year-old son died after she reportedly "tried to kill him" Tuesday in Jacksonville Beach, according to the arrest and booking report by the Jacksonville Sheriff's Office.

The Jacksonville Fire and Rescue Department and the Jacksonville Beach Police Department responded to the 1400 block of Republic Drive around 5 p.m. Tuesday. The caller -- the child's father and the resident of the home -- said the 4-year-old was not breathing, and that the child's mother, "tried to kill" the child, the report said. The father attempted CPR while waiting for help.

The report identified 46-year-old Amy Lewis Oliver as the mother of the child.

Rescue crews said when they arrived at the home, the father brought them to the main bedroom where the child was unresponsive on the floor. He was taken to the hospital where he later died, the report said.

Oliver locked herself in the main bedroom's bathroom and refused to come out, according to police. The child's father forced the door open, and a member of JFRD entered the bathroom and found Oliver standing in just her underwear holding an uncapped syringe, the report said.

As a member of JFRD entered the bathroom to assist her, Oliver reportedly lunged toward the firefighter making a stabbing motion, according to the report. The firefighter closed the door in fear for his safety, the report stated.

JFRD then requested assistance from the Jacksonville Beach Police Department. Officers were able to later detain Oliver and JFRD transported her to the hospital. Police said they also searched her purse which was on the bathroom floor and found 10 Temazepan pills, but no indication they were prescribed to her from her doctor.

Oliver was later medically cleared from the hospital and taken to the Duval County Jail. She was booked early Wednesday morning. Oliver faces charges of aggravated assault on an emergency care provider, a second-degree felony, and possession of a controlled substance, a third-degree felony.

She is currently not facing any charges in the child's death.

BREAKING: Arrest report by @JSOPIO states a 4-year-old child died in the hospital after he was found unconscious and not breathing in Jacksonville Beach. The father claims mother "tried to kill" the child. She was arrested, but no charges in the child's death right now. @FCN2go