The sheriff's office said an intoxicated person was trying to leave the area as individuals tried to stop him from driving. 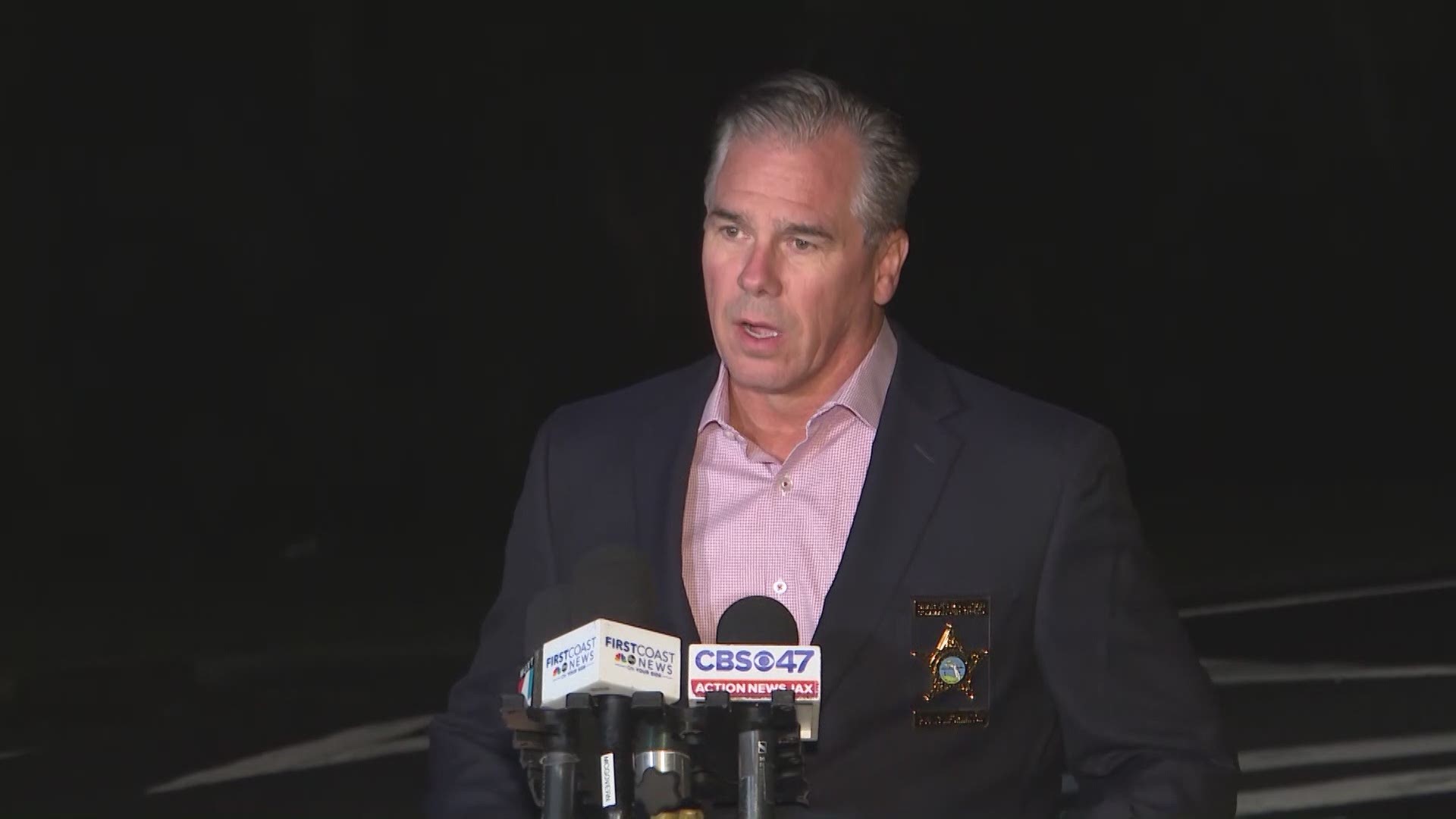 Deputies told First Coast News the incident started with a call in St. Augustine for a disturbance involving an intoxicated person shortly before midnight. The caller advised there was a man trying to leave a home in the area of Masters Drive and other people were trying to stop the person from leaving.

Both SJSO and the St. Augustine Police Department arrived on the scene and they were informed that the person was in possession of a firearm.

Law enforcement says they approached them and the allegedly intoxicated man met them at the door. An exchange between law enforcement and the man took place. At some point, SJSO says law enforcement opened fire on the person. The man then died at the scene, according to the sheriff's office.

No officers were injured. The sheriff's office said an investigation into the incident is still in its early stages as investigators try to piece together what happened.

Officer Dee Brown with St. Augustine Police Department says the officer involved was not wearing a body camera and that there is no video footage available.

This is the first of two officer-involved shootings in less than 24 hours on the First Coast.

Investigators are here at Park Place Condos. We just spoke with a man who went to talk with them and says he was here when the man was killed. @FCN2go pic.twitter.com/yhOHXyJVcG