Deputies say before Travis Smith, 36, attacked the driver, he first ripped out the plastic partition in the vehicle after becoming angered by it. 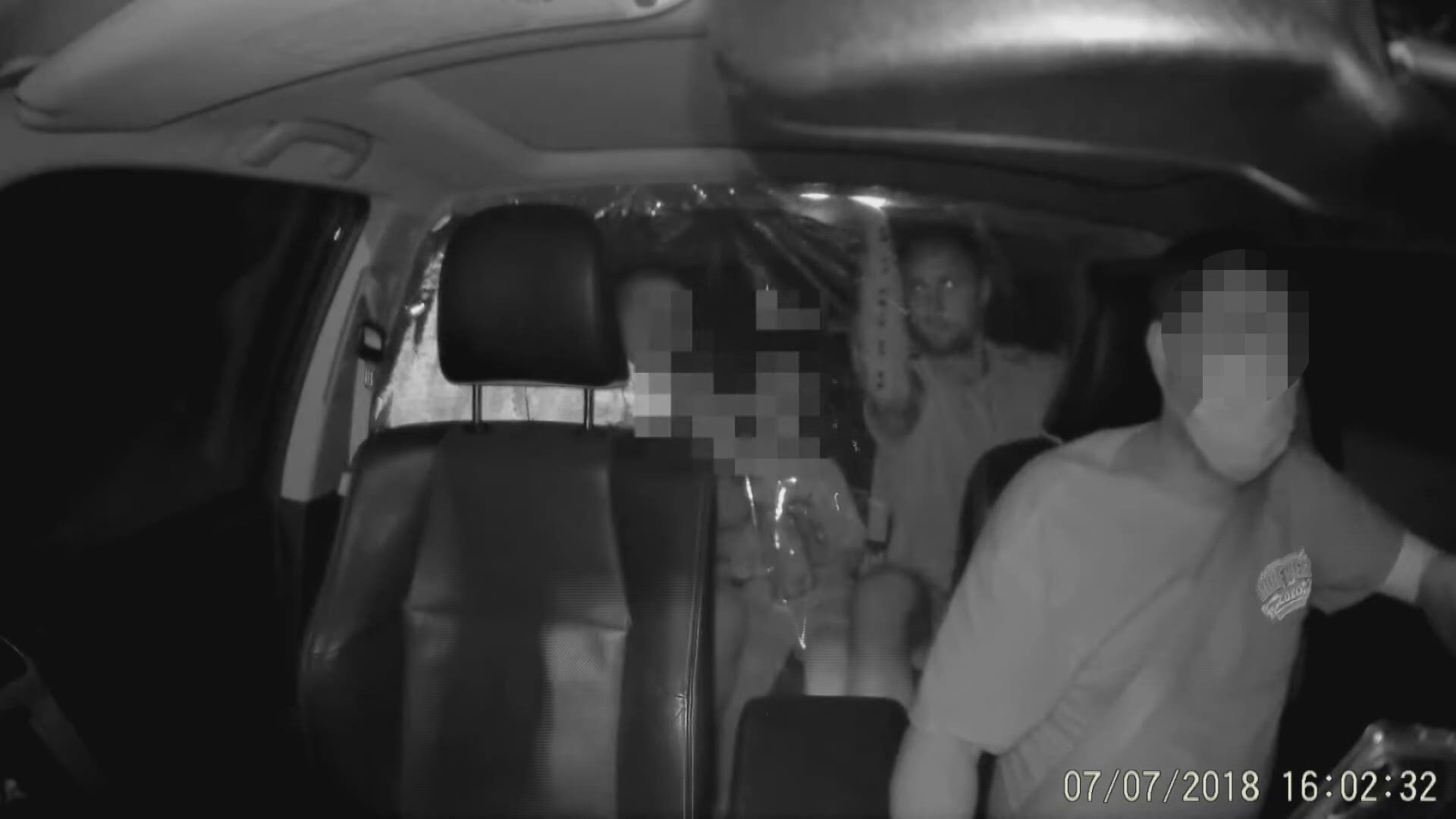 FLAGLER COUNTY, Fla — A man is charged with battery and child abuse after police viewed video of him attacking his Lyft driver. Flagler County Sheriff's deputies say before Travis Smith, 36, attacked the driver, he first ripped out the plastic partition in the vehicle after becoming angered by it.

Smith is heard in the video repeatedly asking the driver about the plastic, who paid for it and who installed it.

"I think you're lying," Smith says in the video. Smith, who police say was drunk, was traveling with another man and a 7-year-old boy. Smith put the driver in a choke hold causing the driver to lose control of the car.

The driver was able to stop and exit the vehicle. Once outside of the car, police say the fight continued where Smith also spit in the driver's face.

Along with the battery charge, police included child abuse because Smith put the boy in danger, according to a Flagler County Sheriff's Office news release.

First Coast News reached out to Lyft about the incident. The company sent us the following statement:

"The health and safety of our community is fundamental to Lyft, and the incident described is deeply troubling. We have removed the rider from the Lyft community and stand ready to work with law enforcement."

Credit: Flagler County Sheriff's Office
Travis Smith is accused of putting his Lyft driver in a chokehold and endangering a child who was a passenger in the car.