VIDEO: Dad charged with assault after tackling student who was wrestling his son 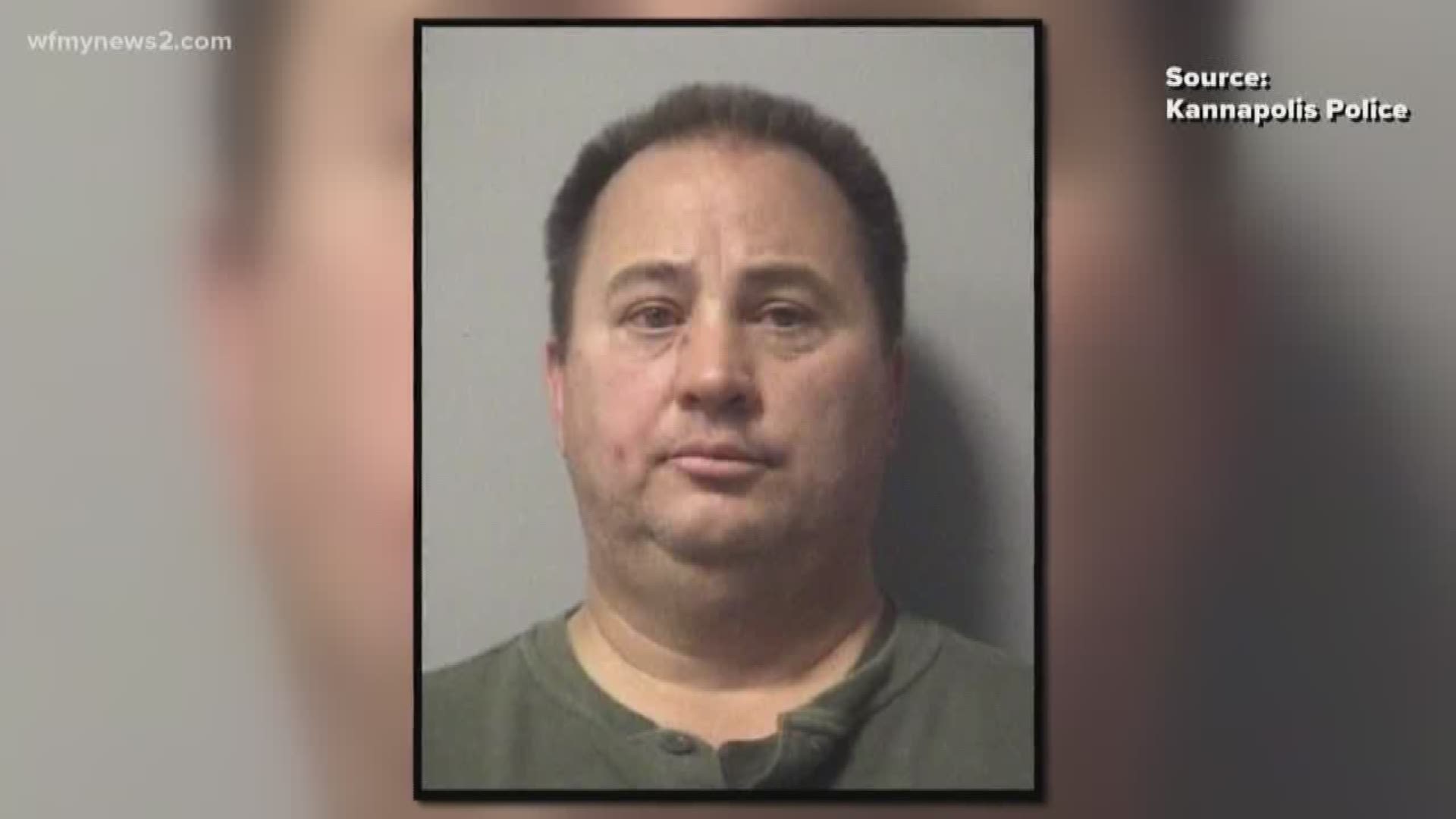 KANNAPOLIS, N.C. — The North Carolina High School Athletic Association is responding after a parent was arrested for attacking a Triad wrestler during a match last week.

NCHSAA Commissioner Que Tucker released a statement saying in part, "We hope that other parents will see this incident as an opportunity to evaluate their own behavior at their children’s sporting events and reflect on the type of memories they want their children to carry with them for the rest of their lives."

A high school wrestling match turned ugly when a parent rushed and tackled a Southeast Guilford High School student wrestler during the match.

In a video sent to WFMY News 2 by a viewer, two students are wrestling when one - the Southeast student - brings down the other on the mat. As the referee makes a call, one father runs to the floor, tackling the Southeast wrestler to the ground.

Kannapolis Police identified the man as Barry Lee Jones of Harrisburg, arresting and charging him with simple assault and disorderly conduct on Saturday, January 18.

“We have seen the video from the unfortunate and unacceptable incident that occurred at the 2020 Kannapolis Duals hosted by A.L. Brown High School. Any time that parents choose to unnecessarily insert themselves into a high school athletic contest in any manner other than that of positive support for their student-athletes, their coaches, teammates, and opponents, disappointing results often follow. In that regard, this incident is no different from many others that occur all across the country at youth sporting events where parents are often out of control.

It is shameful that the actions of one parent have overshadowed the excellent work being done by coaches, trainers, and officials to protect the health and safety of each student-athlete while helping them to learn and grow in a safe and fun environment. We hope that other parents will see this incident as an opportunity to evaluate their own behavior at their children’s sporting events and reflect on the type of memories they want their children to carry with them for the rest of their lives.

It is our hope that all spectators, and particularly parents, will lead by example in the way they respect the game. We once again renew our call, asking all individuals attending athletic events to respect the efforts of all competitors by positively supporting all student-athletes in a way that honors their efforts and sacrifices, rather than negatively clouding their participation experiences in education-based athletics.”

Sign up for our daily newsletter Let's Get 2 It!

Police say the Southeast student-athlete was not hurt during the incident.

A second video obtained by WFMY News 2 shows the aftermath of the hit - as several parents jumped in to break up the incident, pinning Jones to the floor.

Southeast Guilford High School Wrestling
Good afternoon and Happy New Year, We have some last minute changes ... as our tournament was cancelled for tomorrow. Varsity will travel to Dudley HS for the Crosby Tournament and the JV team will head over to Eastern Guilford for a tournament. Both Tournaments will begin at 9am. 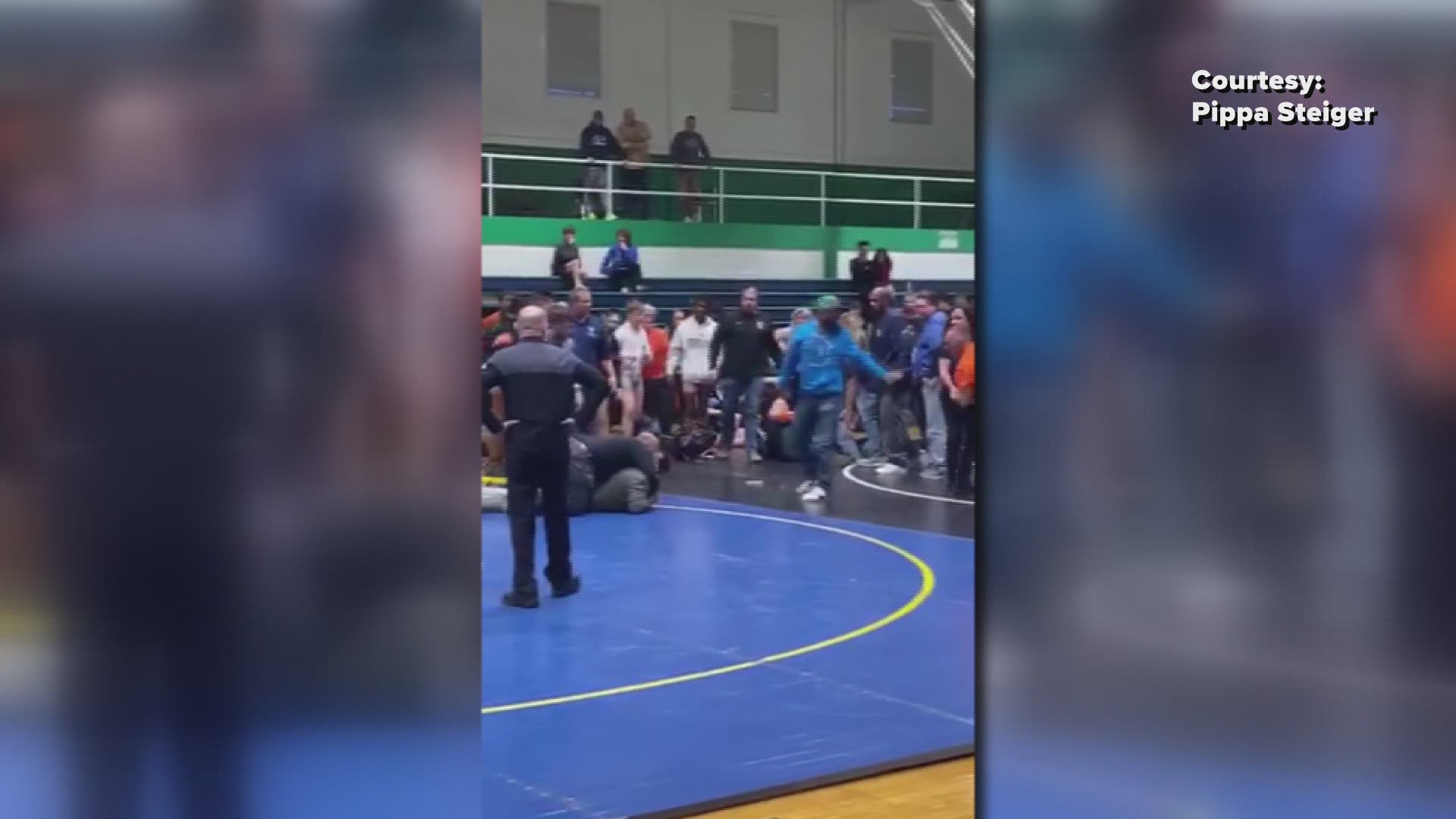 SNOW-M-G! It was a busy winter morning in the North Carolina mountains

The new WFMY News 2 phone and tablet app has a modern look and feel—download now.