Two shootings overnight, one on the Northside and one in the Gate Parkway area, has left two men injured. Both are expected to be OK. 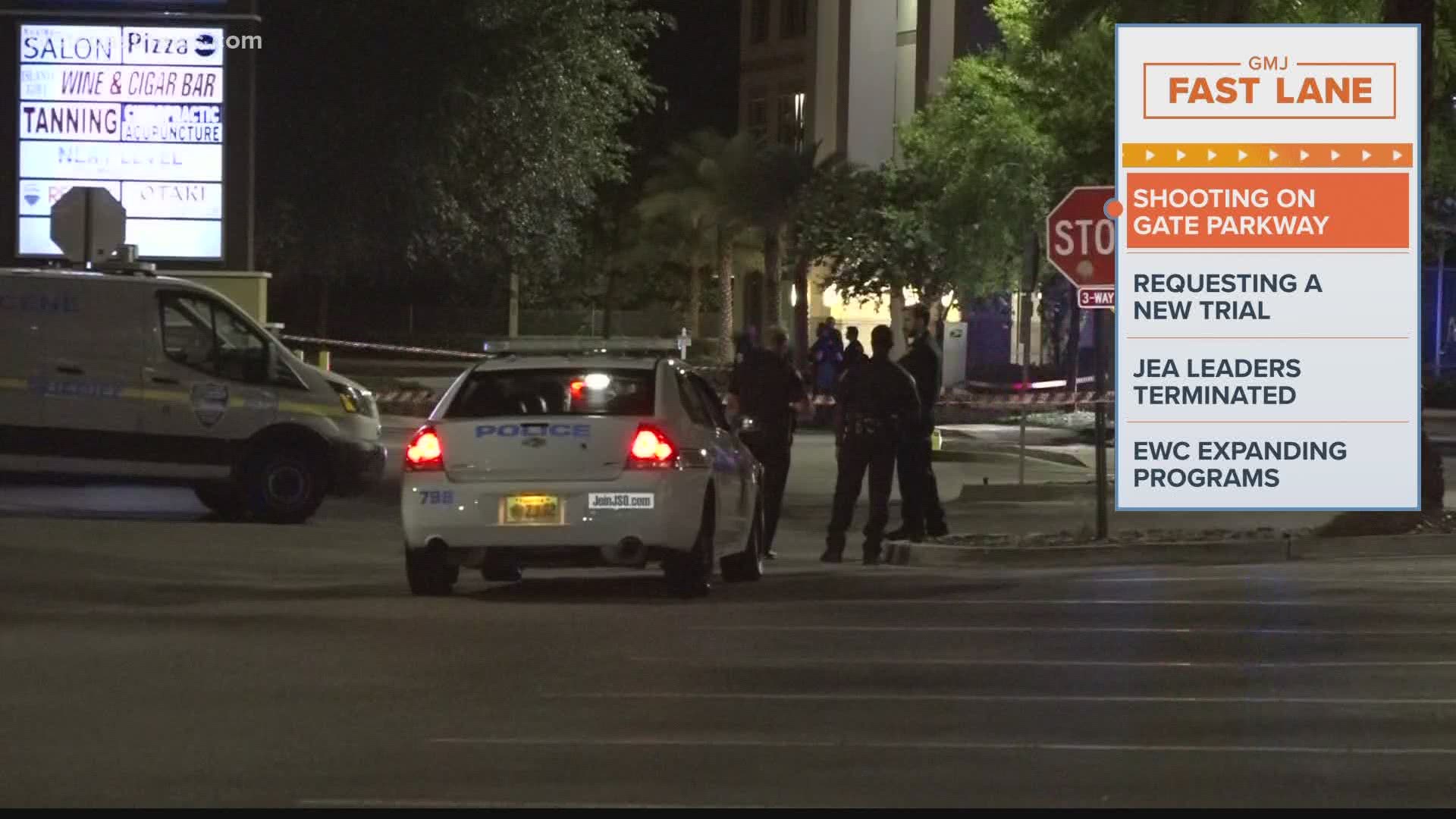 Police are investigating overnight shootings in Jacksonville that left two people injured. Both are expected to be OK.

The first incident happened shortly before midnight. The Jacksonville Sheriff's Office responded to the 7860 block of Gate Parkway in response to reports of a shooting.

When they arrived, a man was found with multiple gunshot wounds and was transported to a local hospital. JSO says his injuries are believed to be non-life-threatening.

Police say it appears the incident took place in the parking lot.

Shortly after, at approximately midnight, JSO officers responded to the 7200 block of Lem Turner Road in reference to a person shot.  Upon arrival, they located a man believed to be in his 20s with a minor wound to the rear of the leg.

JSO says the subject was uncooperative with patrol officers, however,  detectives are attempting to gain that person's cooperation at a local hospital.

Anyone who may have seen or heard something regarding these two incidents is encouraged to call JSO at 630-0500.

OVERNIGHT SHOOTING- Per @JSOPIO JSO Violent Crimes Detectives are investigating a shooing that occurred at 7860 Gate Parkway.
A male was found with multiple gunshot wounds and was transported to a local hospital. His injuries are believed to be non-life threatening. @FCN2go pic.twitter.com/8KzmK9BYtI