JFRD responded to Merill Road in response to shots fired. Another incident involving an armed felony suspect was reported by police just over a mile away. 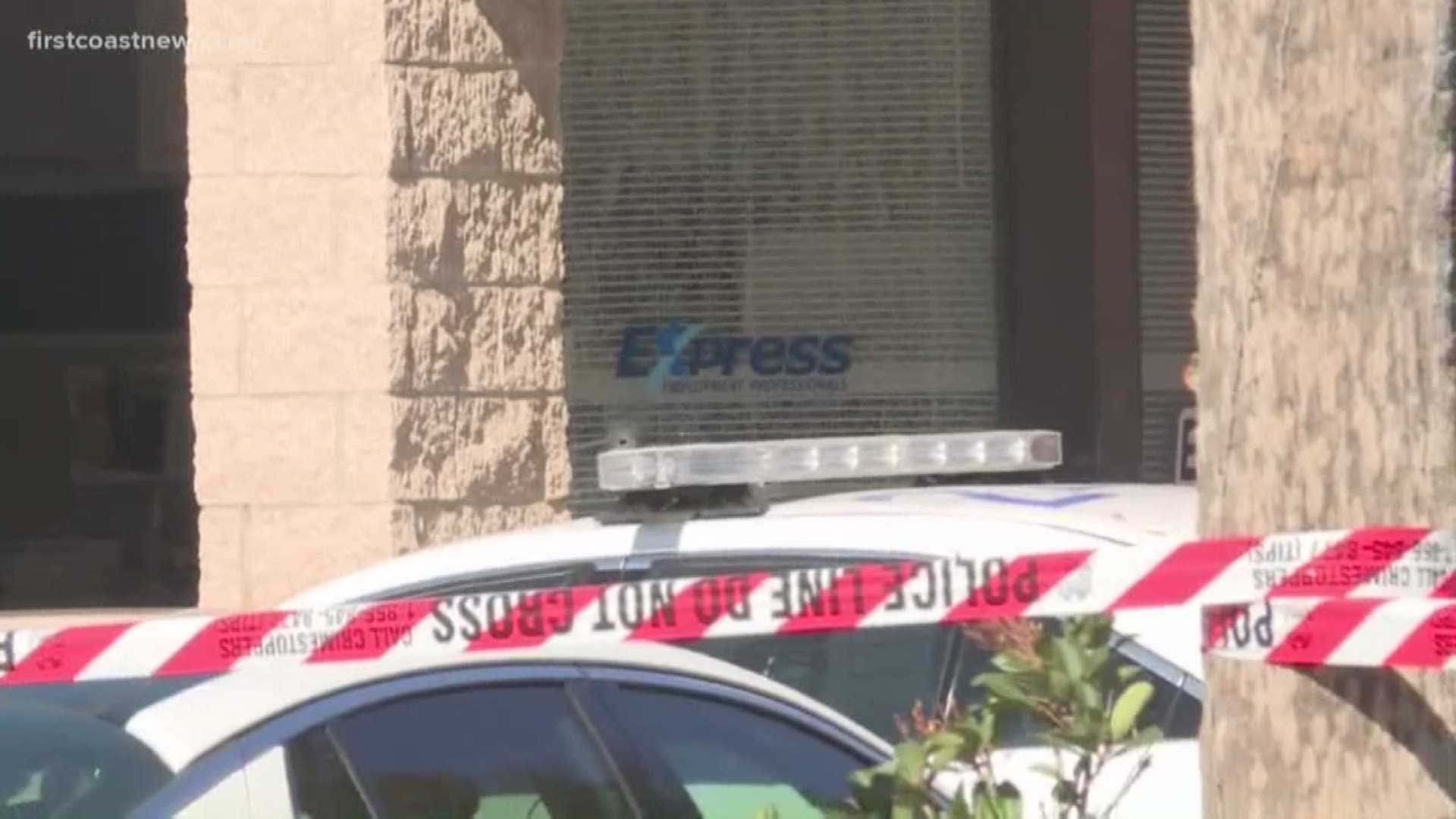 One man is dead after a reported shooting in the Dames Pointe Plaza in the Arlington area Wednesday.

The Jacksonville Fire and Rescue Department responded to the 7000 block of Merill Road around 11:30 a.m. in response to shots fired.

Upon arrival they found a person dead with one or more gunshot wounds, JFRD said.

JFRD did not release any further details about the incident. A person who claims to be a cousin of the victim, identified them as a male.

Shortly after, the Jacksonville Sheriff's Office tweeted that they're actively searching for armed felony suspect in the 1000 block of Carlotta Drive, approximately 1.5 miles away from where the incident occurred.

Police haven't said if this incident is related to the shooting.