Caleb Berry agreed to cooperate with prosecutors in their investigation of the Jan. 6 insurrection, according to the Department of Justice. 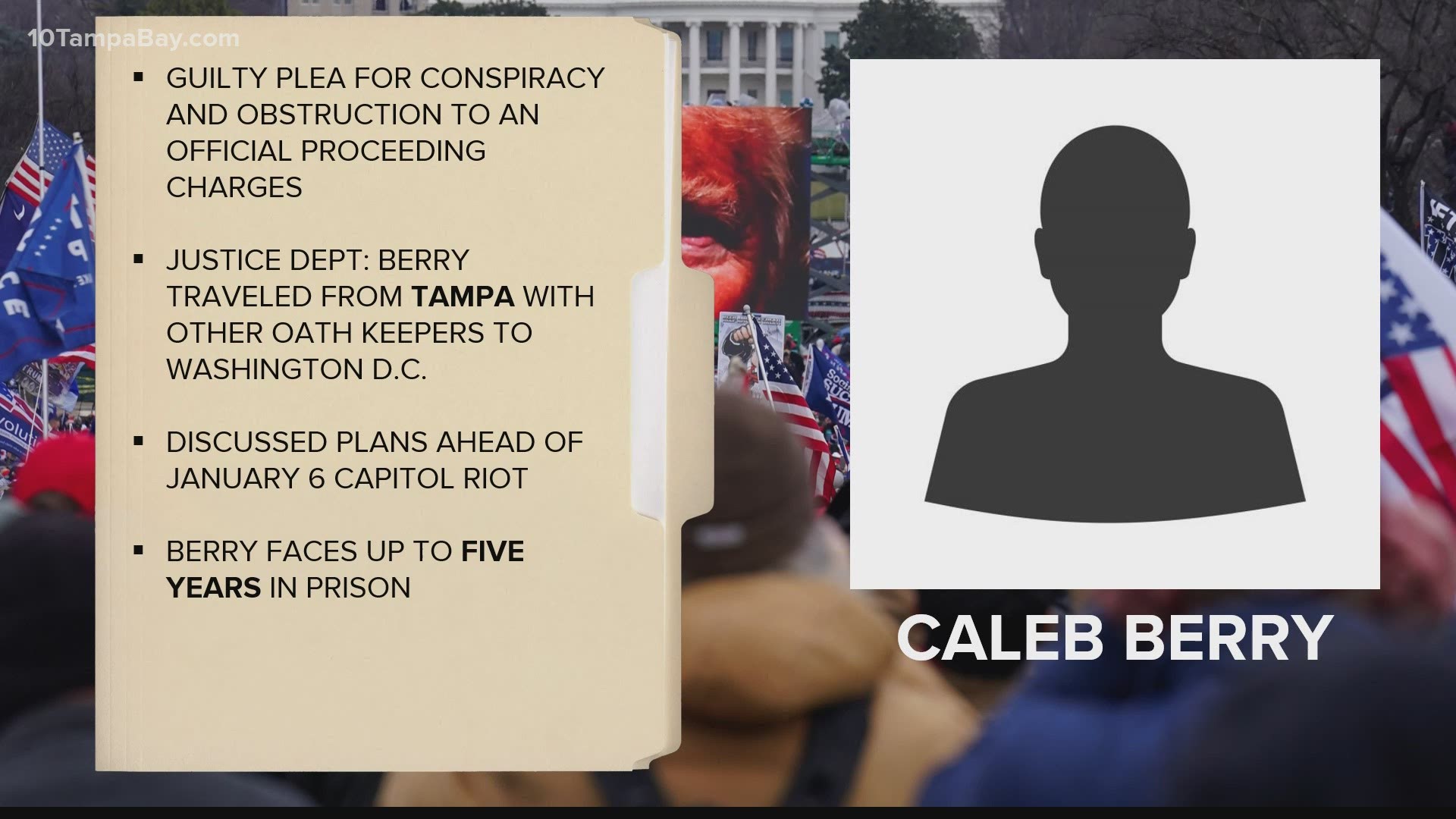 WASHINGTON — A member of the far-right Oath Keepers group, who has ties to the Tampa Bay area, pleaded guilty on charges in connection to his role in the Jan. 6 insurrection on the U.S. Capitol.

Caleb Berry, 20, of Tampa pleaded guilty Tuesday to conspiracy and obstruction of an official proceeding — the counting of state-certified Electoral College votes, according to the U.S. Department of Justice.

Berry's guilty plea comes a day after another Tampa man, Paul Hodgkins, was sentenced to eight months in prison on a count of obstructing an official proceeding. Video showed him wearing a Trump 2020 T-shirt while carrying a campaign flag as he breached the U.S. Senate chamber.

The Justice Department, citing court papers, alleges Berry traveled from Florida with other co-conspirators of the Oath Keepers. He discussed plans for what they would be doing in Washington on Jan. 6 and the need to bring firearms, the department said.

CNN reports Berry admitted to dropping weapons off at a hotel in Arlington, Virginia, on Jan. 5 as part of a "quick reaction force" that members of the Oath Keepers planned if the situation turned violent.

Berry and some of his co-conspirators pushed against U.S. Capitol Police officers and the Rotunda doors to force them open and get inside the Capitol building, the Department of Justice said. It adds Berry admitted to the actions to trying to stop the certification of the vote "by intimidating and coercing government personnel participating in the Congressional proceeding."

He, too, admitted to deleting cell phone data, including encrypted communications with some of his co-conspirators, on Jan. 7, the department said.

Berry faces a maximum of five years in prison on the conspiracy charge and up to 20 years on the obstruction charge, according to the Department of Justice. However, his sentence could be more lenient as he reportedly agreed to cooperate with prosecutors in their investigation of the insurrection.