The arrest report states that a juvenile heard screaming and walked outside to call to 911. When police arrived, they found a woman dead. 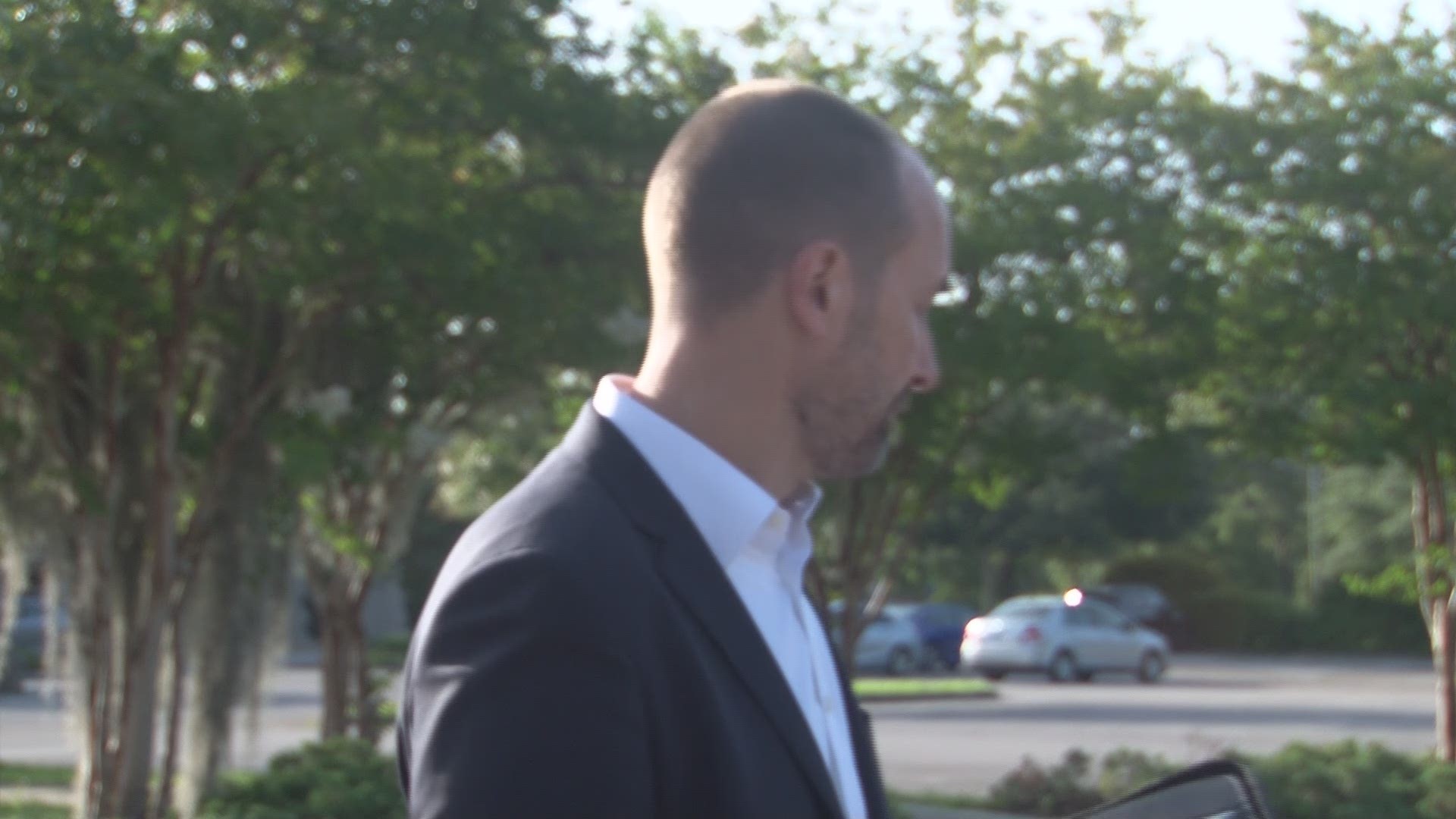 JACKSONVILLE, Fla. — Gruesome new details have been released after a woman was found stabbed to death in an Arlington apartment last week with several children present.

Nathan Matthew Rines, 40, was charged with second-degree murder in connection to the incident last Friday.

The Jacksonville Sheriff's Office says the incident happened Friday morning in the 3500 block of N University Boulevard around 5 a.m. The apartment is located in the Treehouse Apartment complex.

JSO says dispatch was initially alerted of the situation via 911 call from a juvenile inside the residence. When they arrived at the scene, a woman was found dead, police said.

According to the arrest report, the victim suffered numerous apparent stab wounds to the arms, hands, face, neck, back, chest, abdomen and buttocks.

The arrest report states that the juvenile who called police, initially heard screaming and walked outside to make the call to 911. While they were outside, the report says Rines also came outside and warned the juvenile "not to go inside."

A total of three children were in or around the apartment when the crime happened, police said. Two of them were described as teenagers and one was decribed by police as being much younger.

All are expected to be OK and are receiving crisis services, said JSO.

“I feel just awful for that family and I can’t put it into words how terrible it is,” said neighbor Manya Gerstley to First Coast News on the day of the incident.

Anyone having any further information in this incident is asked to contact the Jacksonville Sheriff’s Office at 904-630-2133.