Two brothers from North Carolina were arrested Monday after they reportedly led officers on a high-speed chase that ended in Georgia. 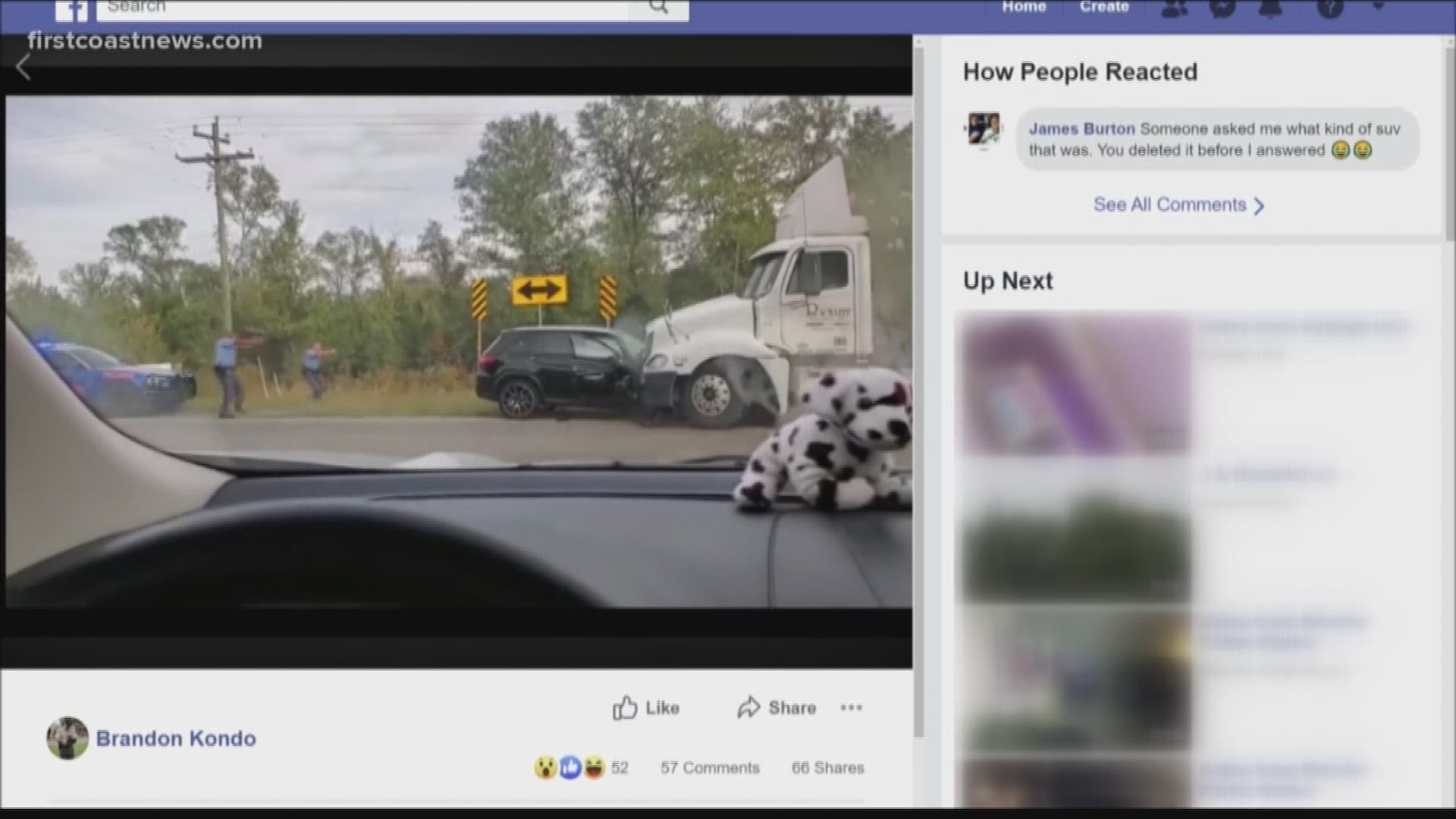 The brothers soon entered Wayne County, prompting Rigby with the GSP to take over the case.

Rigby said the brothers were traveling over 100 mph going on U.S. 301 heading toward Brantley County.

At 3:30 p.m., Tanner swerved to avoid another trooper waiting to throw stop sticks and wound up crashing the Mercedes head-on into a tractor-trailer, according to Rigby.

Jordan was trapped inside the vehicle before he was freed and flown to Savannah Memorial Hospital where he was later arrested. He suffered only a fractured hand, Rigby said. Jordan was reportedly wanted on charges of felony armed burglary.

The driver of the Mercedes, Tanner, got out of the vehicle after the crash as police approached him with weapons drawn. Tanner was arrested at the scene.

Rigby said both brothers are gang members from Charlotte, N.C. and were wearing ankle monitors with no batteries in them.

Tanner is facing multiple charges, including driving on the wrong side of the road, theft by receiving stolen property, theft by bringing the property into the state, reckless driving and fleeing and attempt to elude.

The video can be viewed at the link below.

Warning: The video contains strong language that could be offensive to some viewers.

Brandon Kondo
Georgia State Patrol vehicle chase ends in their favor. Driver is going to be feeling that one in the morning when he wakes up at CDC. I downloaded the original video and fixed it for this...