On a number of occasions, people looked into the home under construction that's become a focal point in the case. 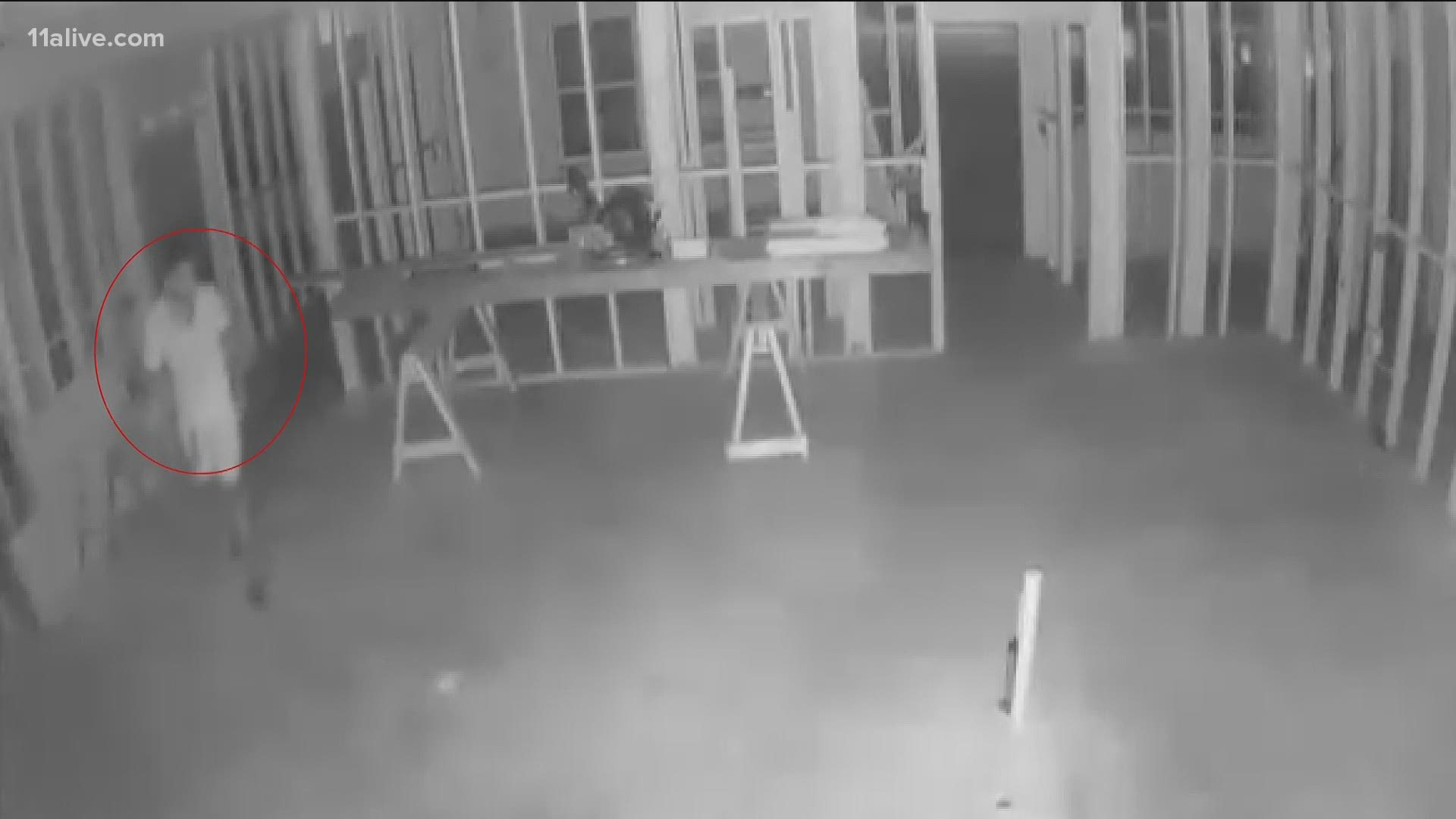 GLYNN COUNTY, Ga. — Security videos from the house under construction now at the center of the Ahmaud Arbery case show that on numerous occasions, people stopped at the home and went inside.

In an instance of someone trespassing on December 17, a lawyer for the homeowner, Larry English, told 11Alive's Joe Henke it looked to English like a man was going through the house to get a drink of water.

Attorneys for Arbery's family also now highlight that belief, and say while "there were frequently people on the construction site both day and night, Ahmaud Arbery seems to be the only one who was presumed to be a criminal."

The house under construction on Satilla Drive is now at the center of the case.

In the moments before Arbery was stopped and shot by Travis McMichael and his father Gregory McMichael, surveillance video shows Arbery momentarily entered the unfinished house and glanced around.

The new videos show the same thing occurred on at least four previous occasions in the months before the shooting, with different people.

In one instance, from November, a man and woman can be seen walking into the build site. Another, from December, shows a young man walking around. And a third - which the lawyer for English doesn't have an exact date for but believed was from earlier this year - show two kids pulling up on bikes and then walking in.

In the instance of the young man on December 17, who, like Arbery, is black, the lawyer said, "It now appears that this young man may have been coming onto the property for water."

"There is a water source at the dock behind the house as well as a source near the front of the structure. Although these water sources do not appear within any of the cameras' frames, the young man moves to and from their locations," a statement said. "In one angle from December 17, he appears to wipe his mouth and/or neck. In the last footage of him captured on December 17, what sounds like water can be heard. He walks out of the house, eases into a jog, and disappears from view."

The homeowner believes the same person returned on February 11, days before Arbery's murder.

Credit: Photo Courtesy / Lawyer for Larry English
A man and woman were seen walking onto the site in November.

There's no evidence that the young man and Arbery are the same.

"We have reviewed a number of videos released by the attorney for the owner of the home under construction. We are able to confirm that Ahmaud Arbery appeared in one video, however we are unable to confirm that he appeared in any other videos," lawyers for Arbery's family, S. Lee Merrit, Benjamin Crump and L. Chris Stewart, said in a statement.

The McMichaels claim they were making a citizen's arrest the day they accosted Arbery, whose family says he was on a jog. The video that emerged early last week and put the case in the national spotlight shows Travis McMichael got into a struggle with Arbery, and ultimately shot him.

"There were frequently people on the construction site both day and night. Ahmaud Arbery seems to be the only one who was presumed to be a criminal and ultimately the only one murdered based on that assumption," the Arbery lawyers said.

The attorney for the homeowner, English, has explicitly said nothing was ever taken from the build site.

The lawyers for Arbery's family said they "appreciate the homeowner acknowledging that Mr. Arbery didn’t steal from or damage anything on the property."

"It is the homeowner’s opinion, after watching Mr. Arbery’s movements on the video, that he briefly stopped into the home under construction to get a drink of water from the working sinks," they said.

The Arbery case has generated a national outcry, with civil rights activists and groups like the NAACP contending the McMichaels avoided arrest or charges for more than two months because of Gregory McMichael's ties to law enforcement, as a former Glynn County Police officer, and the judicial system, as a former investigator in the Brunswick District Attorney's Office.

In that time, the case passed from two different district attorneys -- including Jackie Johnson, who oversees the Brunswick office where McMichael once worked -- who recused themselves over a conflict of interest.

It was in the hands of a third district attorney for weeks before the leak early last week of a video of the Feb. 23 shooting made national headlines.

The case is now being prosecuted by Cobb County District Attorney Joyette Holmes, who was subsequently appointed by Georgia Attorney General Chris Carr.

The two DAs who earlier recused themselves, Johnson and Waycross Judicial Circuit DA George Barnhill, are now under investigation for "potential prosecutorial misconduct" in their handling of the case. 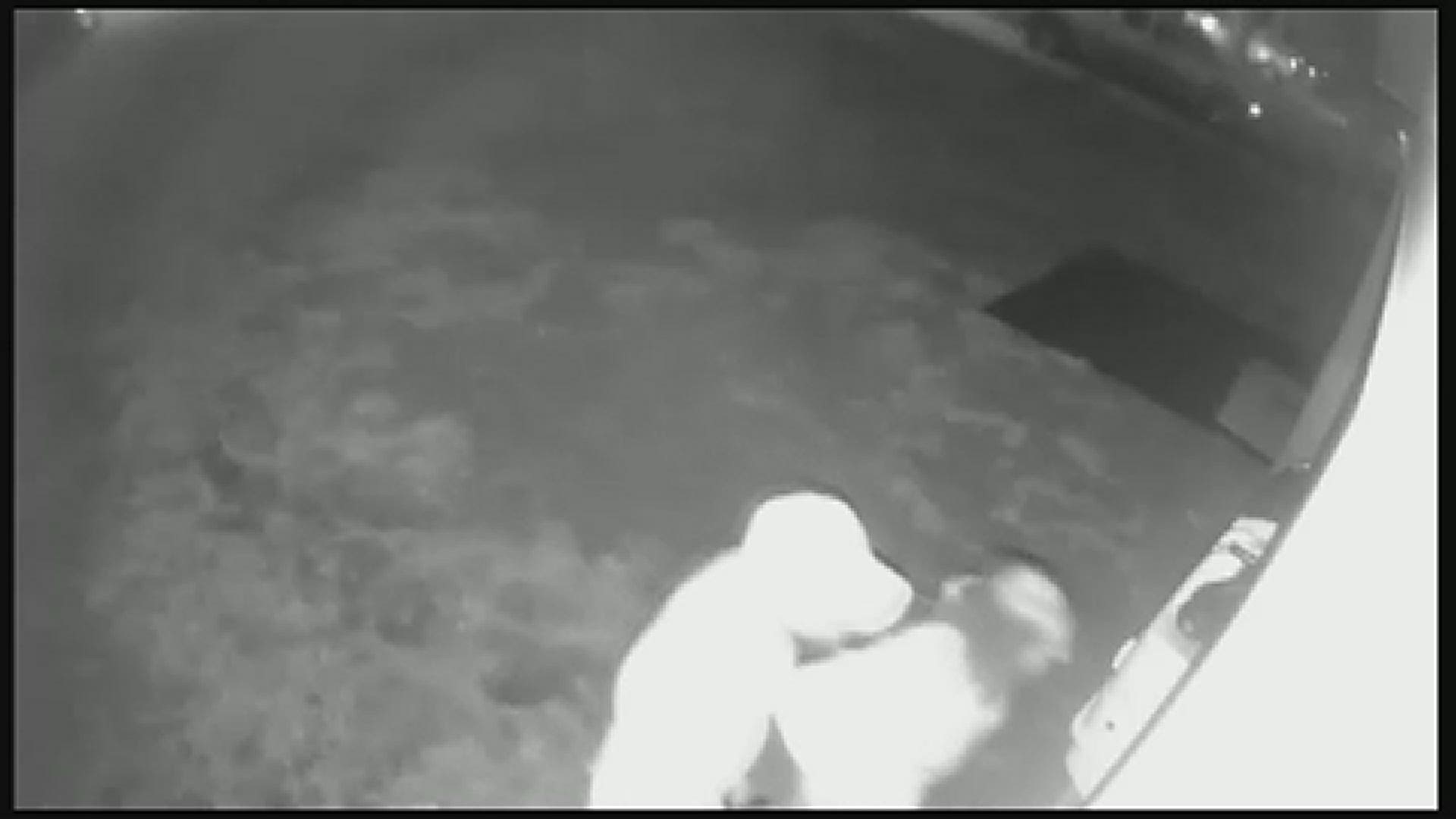 MORE FROM THE AHMAUD ARBERY CASE

Travis McMichael lawyers say he has presumption of innocence, ask public to 'take a breath'

Gov. Kemp on Ahmaud Arbery case: 'There are many questions that have yet to be answered'