Previously, she was charged with three felonies, including two counts of child neglect and one count of lying to law enforcement officers.

Previously, she was charged with three felonies, including two counts of child neglect and one count of lying to law enforcement officers.

Now, she'll face charges of tampering with evidence and aggravated child abuse which focuses on the statutory element of: "willfully tortures, maliciously punishes, or willfully and unlawfully cages a child.”

Brianna Williams reported her daughter missing on Nov. 6. and according to recently obtained evidence, when authorities searched William's apartment on Palm Breeze Road they noted that the smell of decomposition.

Detectives also found what they believe was soiled children’s underwear, soiled carpeting, and cans of soup that appeared to have a small opening to drink from.

See the latest documents with the new charges here: 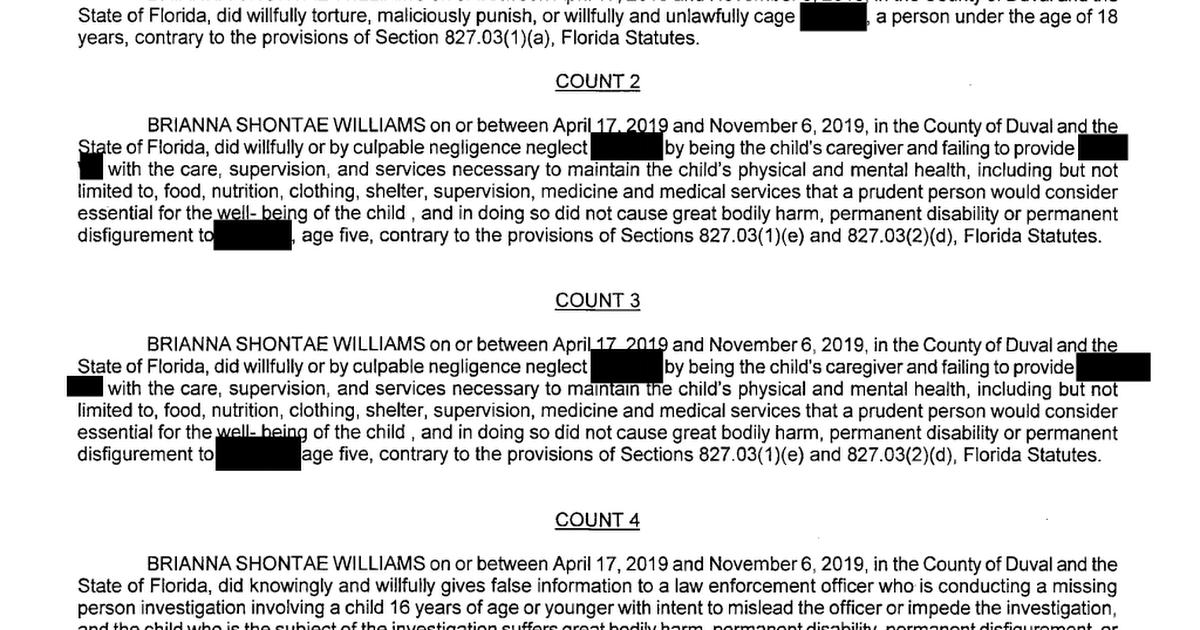 An arrest warrant revealed that Brianna Williams, 27, gave "numerous false statements" to the police about her daughter's whereabouts that were later proven to be false.

Last month, Brianna's defense team also asked the judge for more time to review the potential evidence in the case which now includes thousands of photographs and surveillance video from more than two dozen locations.