Neptune Beach man arrested for alleged role in Jan. 6 attack on US Capitol

Daniel Paul Gray was among those inside the Capitol Building during the attack, where he engaged with law enforcement officers, according to court documents. 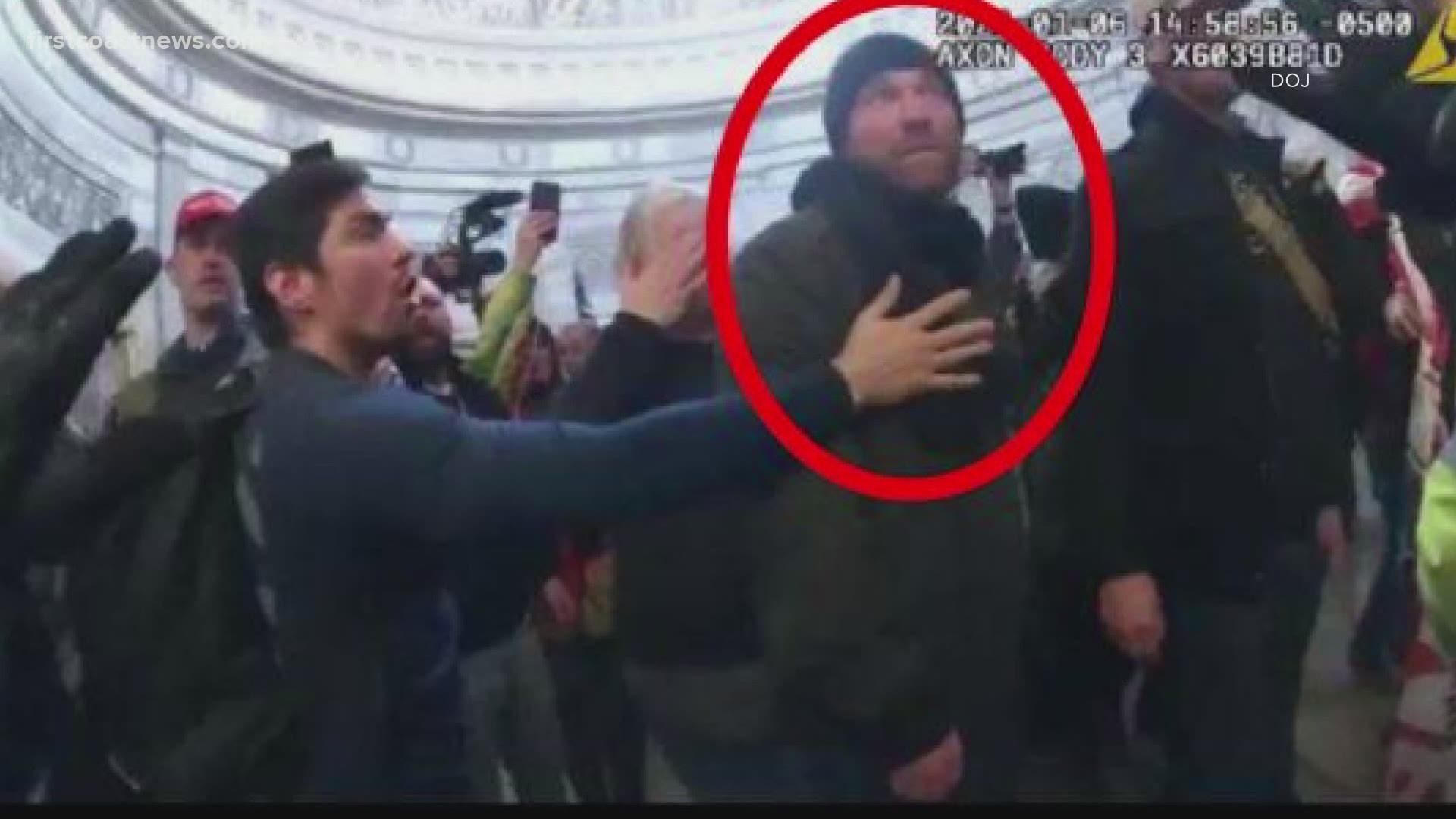 NEPTUNE BEACH, Fla. — The FBI arrested a Neptune Beach man for his alleged role on the Jan. 6 Capitol riot in Washington DC.

Daniel Paul Gray, 41, was among those inside the Capitol Building during the attack, where he engaged with law enforcement officers trying to stop people from coming inside, according to court documents provided by the Department of Justice.

During one of these engagements, body cam video captured Gray pushing a Metropolitan police officer down a flight of stairs in the western rotunda, injuring the officer, court documents say.

Gray posted a video to his Instagram where he appears to show his involvement in the attack, saying at one point, according to documents:

In the same video, Gray appears to describe his engagement with officers, also saying, according to documents:

“This is far from over, that was the coolest thing I’ve ever done in my entire life and stay tuned.”

In another social media post, Gray claims he was among the first inside the Capitol when it was breached.

Gray faces a number of charges including:

Gray is scheduled to have his first appearance in court at 3 p.m. Wednesday.

The FBI and the Metropolitan Police Department are still investigating the case.

More than 100 days after the attack, more than 400 people have been arrested and charged with crimes related to the riot.