Police identified the man they suspect of killing a woman then himself after a long standoff with Clay County deputies. 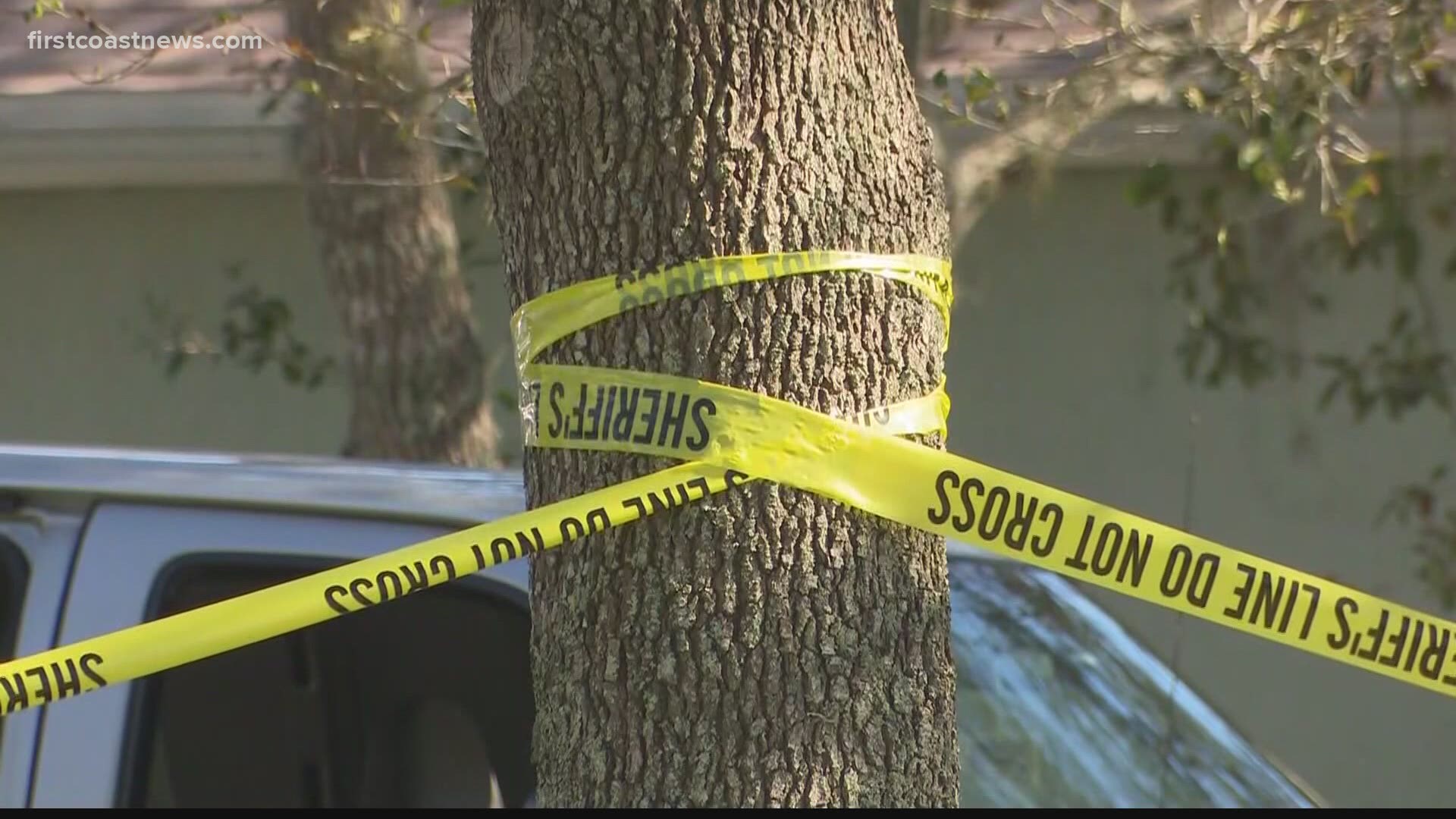 CLAY COUNTY, Fla. — Two people are dead in a tragic set of events that spanned two counties and several hours on Sunday.

Investigators are calling it a murder-suicide, saying a man killed his girlfriend in St. Johns County then drove into a Clay County home where he remained during an hours-long SWAT standoff.

Based on statements made by 54-year-old Gregory Wayne Hopkins, who barricaded himself, deputies responded to an address in the northwest part of St. Johns County to check on a woman who lived in the 200 block of Ivy Lakes Drive.

Residents of both homes involved were upset and did not want to speak to First Coast News on Monday. Neighbors in the Black Creek at Eagle Harbor subdivision watched the standoff from a distance.

Up close, the garage and part of the wall of the home is damaged in an otherwise quiet neighborhood.

Matthew Gates lives near the Clay County home and watched the standoff unfold.

“There was nothing but tapes and ropes and firetrucks, it was kind of a little disturbing,” Gates said.

Investigators say Hopkins, a St. Johns County resident, shot his girlfriend, who was not identified, then drove into the home where he killed himself.

Police say the woman’s death was ruled a homicide caused by gunshot wounds.

It is not clear why Hopkins went into the home, but Gates said no one was there at the time.

“There are neighbors nearby saying they knew [the homeowners] were out of town and were trying to get a hold of them,” Gates said.

Gates says it was an unfortunate situation that had a tragic ending.

“It seemed a little bit more than some random act,” Gates said.

The St. Johns County Sheriff’s Office is not releasing the name of the woman due to Marsy’s Law and respect to the victim’s family.