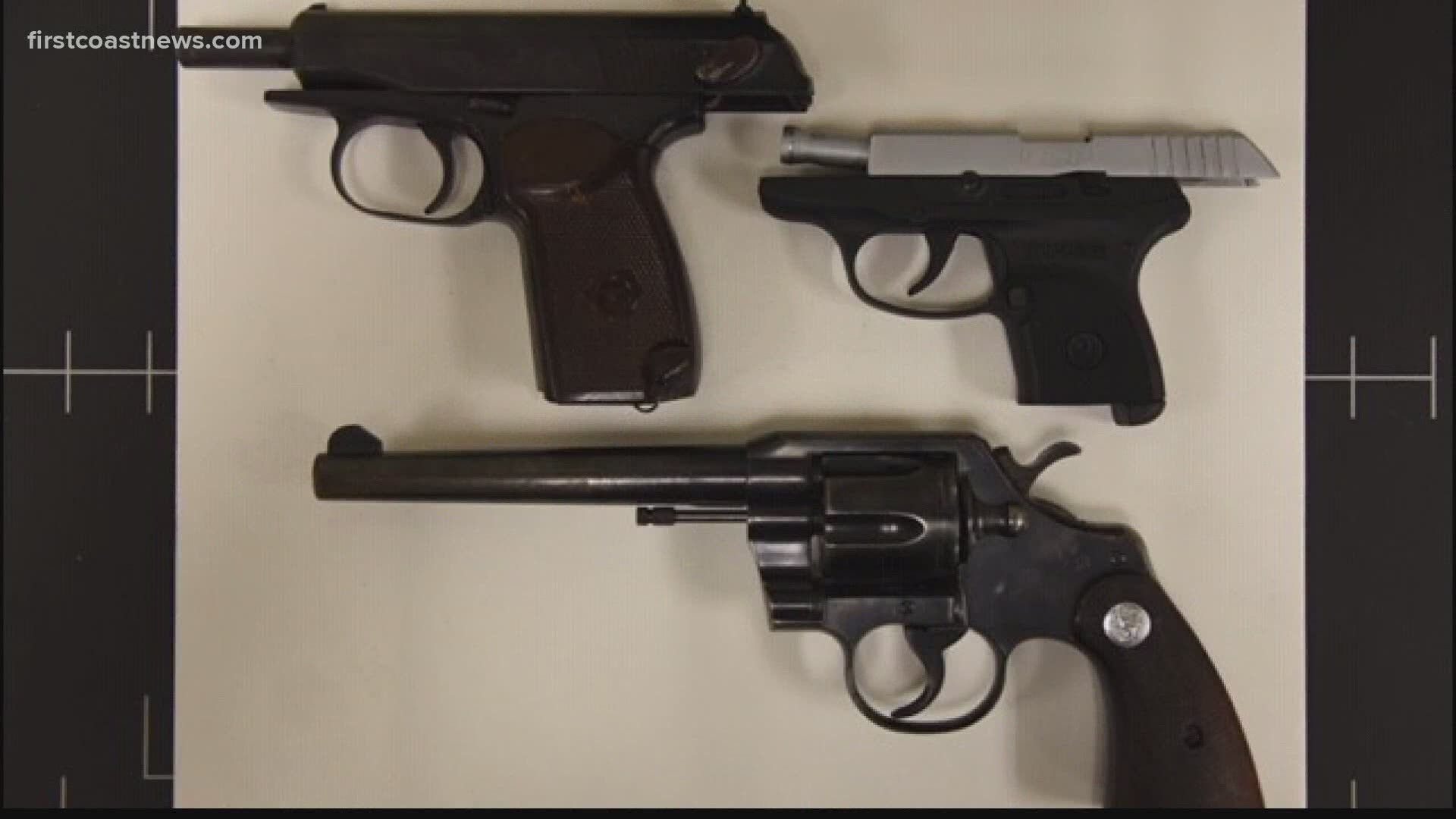 According to a case report from the sheriff's office, a deputy spoke with the student and his mother about the guns at Lighthouse Christian School on U.S. 1. The child's mother said he recently accidentally killed the family's Chihuaua with a pellet rifle when he was unsupervised, according to the report.

The mother also told the deputy she had unlocked the gun safe for her uncle, but thought it was locked back, the report says.

The school's staff searched the student's desk and found a drawing of a man outside of a school with guns, surrounded by several dead bodies covered in red marker signifying blood, the report says.

The principal Troy Arnold told the responding officer a teacher saw the student carrying two lunchboxes, one appearing to be extremely heavy. The teacher asked to hold the lunchbox, and the student reluctantly agreed, the report says.

The teacher then noticed the butt of a firearm sticking out and handed the lunchbox over to the principal, the report says. Inside the lunchbox was a large revolver, a sub-compact semiautomatic pistol and two boxes of .38 caliber ammunition, according to the report.

Principal Arnold told the deputy there were other students who were shown the firearms, the report says.

The teacher who discovered the guns said the student told her he brought them to school to show them to the principal, the report says.

On Friday, First Coast News spoke to Arnold who said the teacher that noticed something was off is a true hero.

“The response to the teacher and all was very admirable, she did a great job of doing her job and diligent -- that's what it's all about. You have to observe things, and if they're out of place and don't make sense -- you ask questions. Most of the time, it ends up there's nothing much to it. So, this just happened to be one of those times when I'm thankful we found it. “

While the deputy spoke to the school's administration, the student was placed in a separate room, under supervision of a second deputy, the report says. That deputy discovered the student had a third firearm on his person and quickly secured the weapon, a compact semiautomatic pistol which was loaded with a full magazine but with no round in the chamber, according to the report.

The student was placed under arrest for possessing firearms on school property and booked into the Nassau County Detention Facility. The deputy also reported the incident to the Department of Children and Family Services, according to the report.

Arnold said the school has not had any major issues with the student during his time at Lighthouse Christian. Although, the principal explained it's against school policy to have weapons on campus, and the student will have to be expelled. 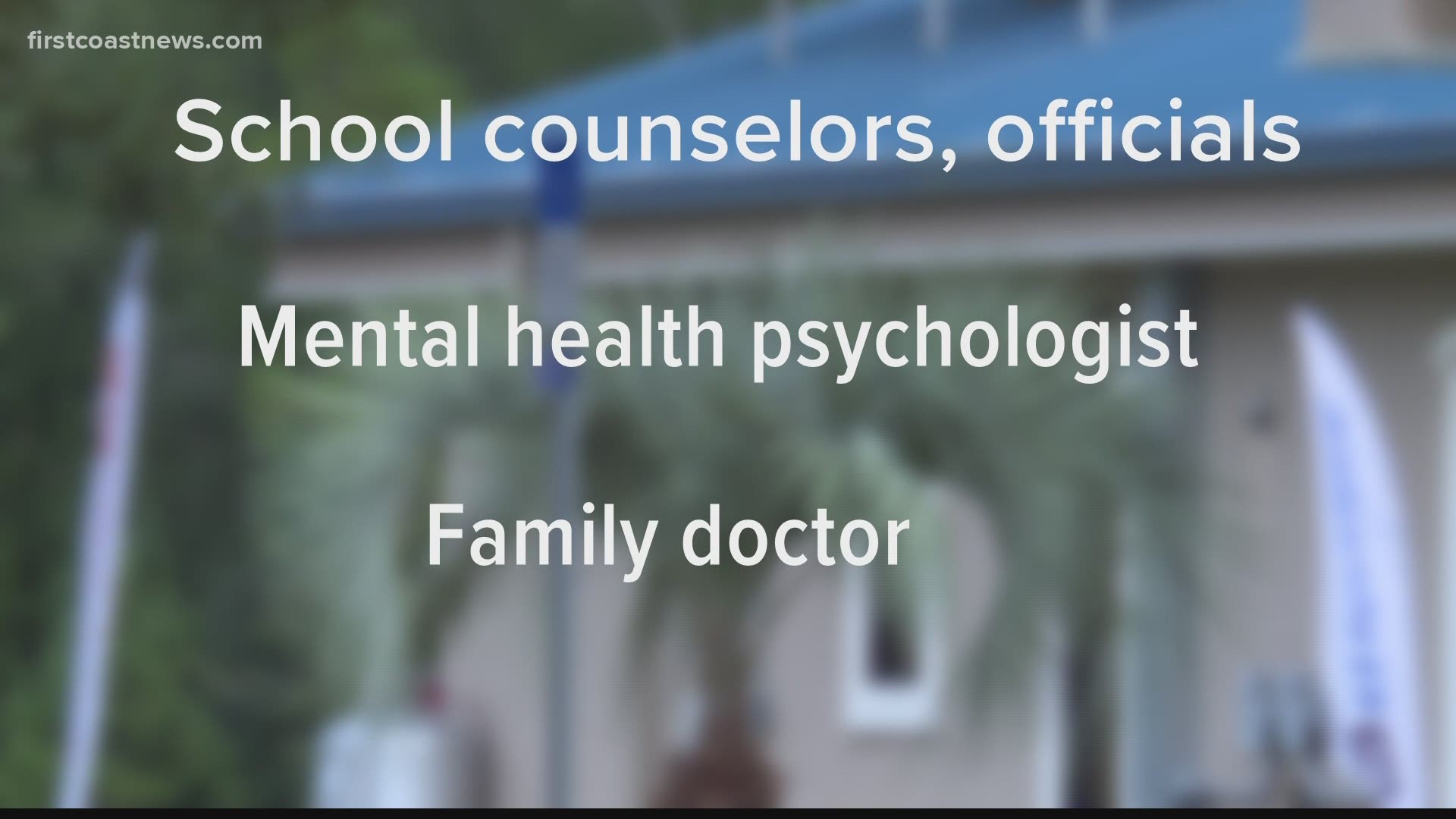 Since this case includes some disturbing details, Our On Your Side team took them to a psychologist to get some more insight.

Dr. David Chesire said 12 years old is about the time when children are beginning to stake out their own identities, and he’d be surprised if this was the first time this student was behaving outside the norm at school.

“The teachers may not have been aware of it, but I would suspect that maybe the peers were," the UF Health psychologist explained the killing of the family pet is a huge red flag.

“Whenever someone exhibits cruelty, or aggression towards animals, it can be a sign of deeper-rooted psychological problems. It's a warning sign under any circumstance and be something that you'd want to look for help," Dr. Chesire said.

Chesire used to work in schools himself. He said there are many resources available to help – he encourages parents and students to reach out to school counselors, officials, a mental health psychologist or a family doctor.

Dr. Chesire wants to remind us that everyone is under more stress right now due to the COVID-19 pandemic. He said good communication and supporting family, friends and peers is more important than ever.