The Nassau County Sheriff's Office said a man armed with a knife was threatening to harm another man inside a home on Nassau Oaks Drive around noon Friday. 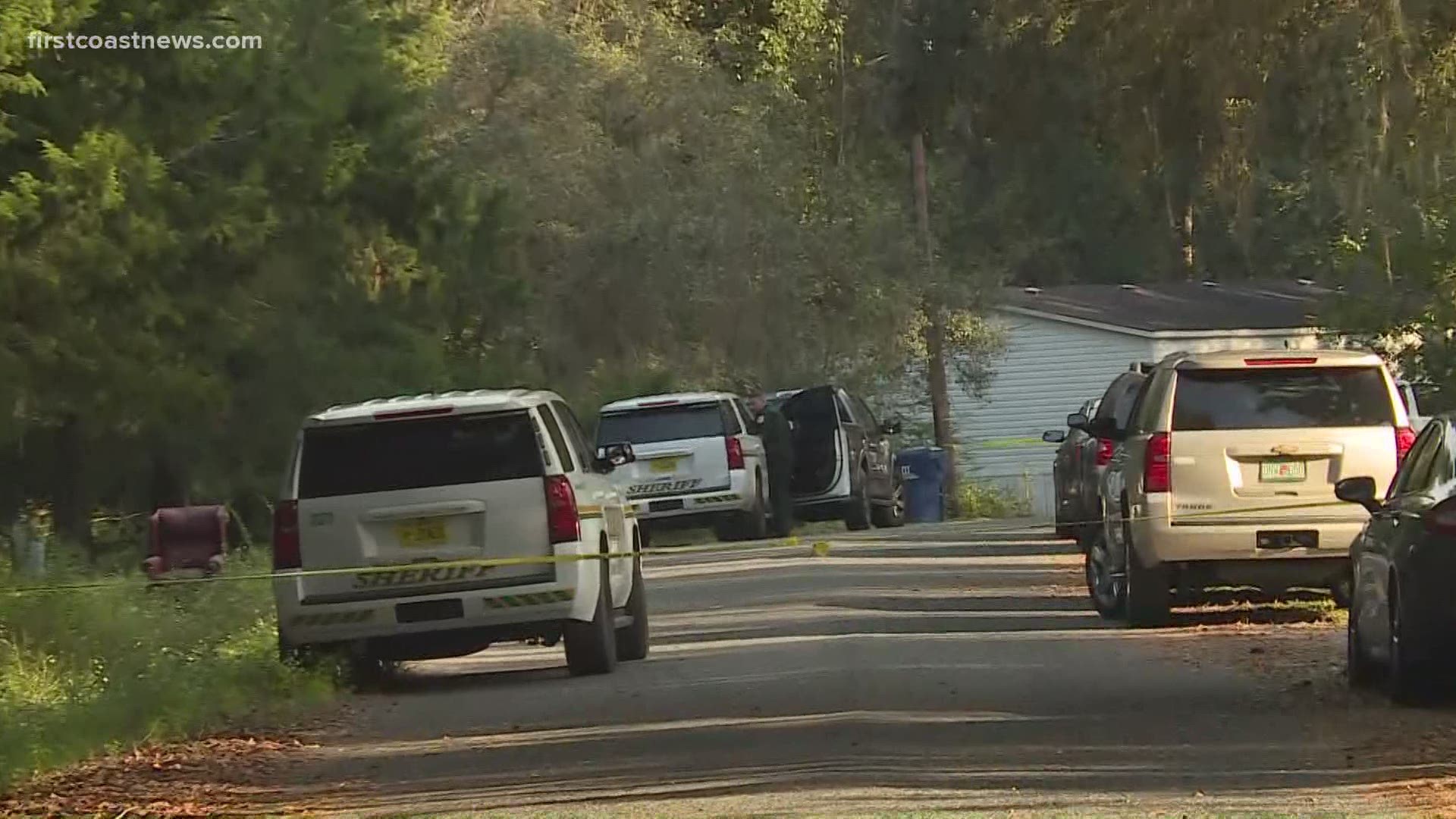 CALLAHAN, Fla. — A man is dead and a Nassau County deputy is on administrative leave after the deputy shot and killed the man investigators say was armed with a knife and threatening another man inside a Callahan home Friday.

The Nassau County Sheriff's Office and the Florida Department of Law Enforcement are investigating the deadly shooting.

Deputies responded to a domestic call at a home on Nassau Oaks Drive around noon, the sheriff's office said in a news release.

When deputies arrived, they found an armed man threatening to harm another man inside the house.

"When our deputies made contact with that man, one of the deputies shot and killed him," the release states.

The sheriff's office said the man was armed with a knife.

The deputy was placed on administrative leave, which the sheriff's office said is standard procedure.

The sheriff's office said the investigation is still very fluid and investigators are still working to gather facts surrounding the deadly shooting.

#BREAKING In Callahan, an officer shot and killed a man that police say was threatening another man with a knife. FDLE is on scene investigating @FCN2go pic.twitter.com/HBAWgG23sL