A Nassau county deputy was fired after investigators said he was getting kickbacks from towing companies. 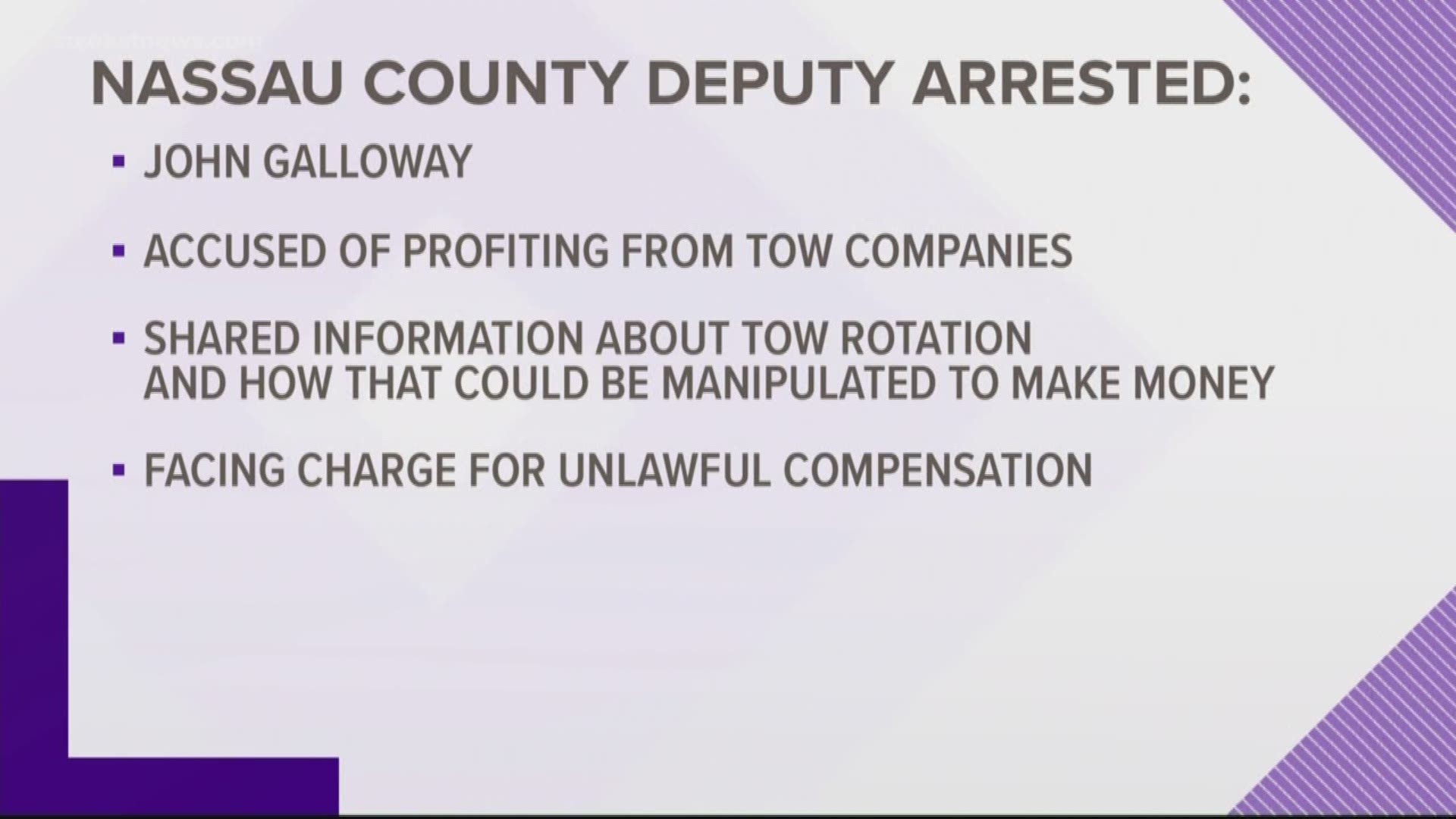 JACKSONVILLE, Fla. — A Nassau County deputy was arrested and fired after investigators said he was profiting off of tow companies by only using certain ones and getting kickbacks from the company owners.

According to an arrest warrant, Deputy John Galloway agreed to be paid $50 by a towing business each time that business towed a vehicle.

An investigation ensued and the Nassau County Sheriff's Office discovered multiple text messages from Galloway discussing the scheme with the owner of a towing business, the report said.

One text from Galloway reportedly read, "Sorry, I'm on a crash, you want to make your first $318 lol."

Galloway is facing a charge of unlawful compensation, according to the warrant.