Pitbull is killed with baseball bat after attack of puppy; Nassau man arrested 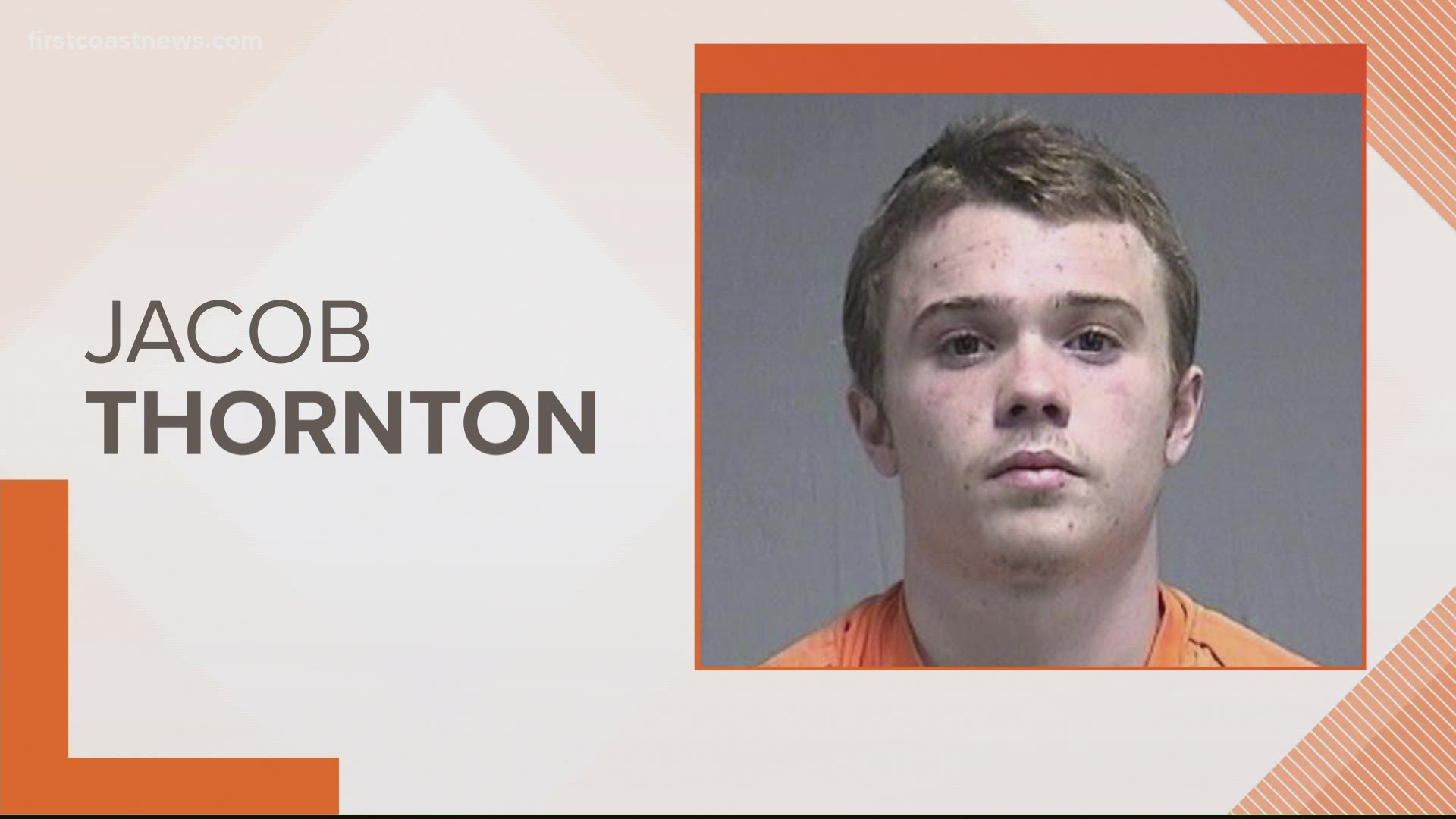 CALLAHAN, Fla. — A 21-year-old Callahan man has been arrested after a pit bull was beaten to death with a baseball bat, according to the Nassau County Sheriff's Office.

Deputies were called to his home by Nassau County Animal Services after the dead pit bull was found, according to his arrest report. The dog had apparently attacked a puppy while its owner was in the shower, the report said. Someone else in the home broke up the fight and took the puppy to a veterinarian.

When Thornton learned of the fight, he took the pit bull outside "to discipline it," then came back inside screaming that "you don't have to worry anymore because the dog is dead," the report said.

The report said the pit bull was attacked with a bat that had a screw protruding from it.

Jacob Eugene Thornton, 21, of Callahan, was arrested Wednesday on an animal-cruelty charge after police say the dog was killed with a baseball bat that had a screw protruding out after it.https://t.co/W0rDP9I4OC