"I was appalled at how they treated George Floyd and the injustice ... it flies in the face of everyone who puts on a uniform every day." - Sheriff Gator DeLoach 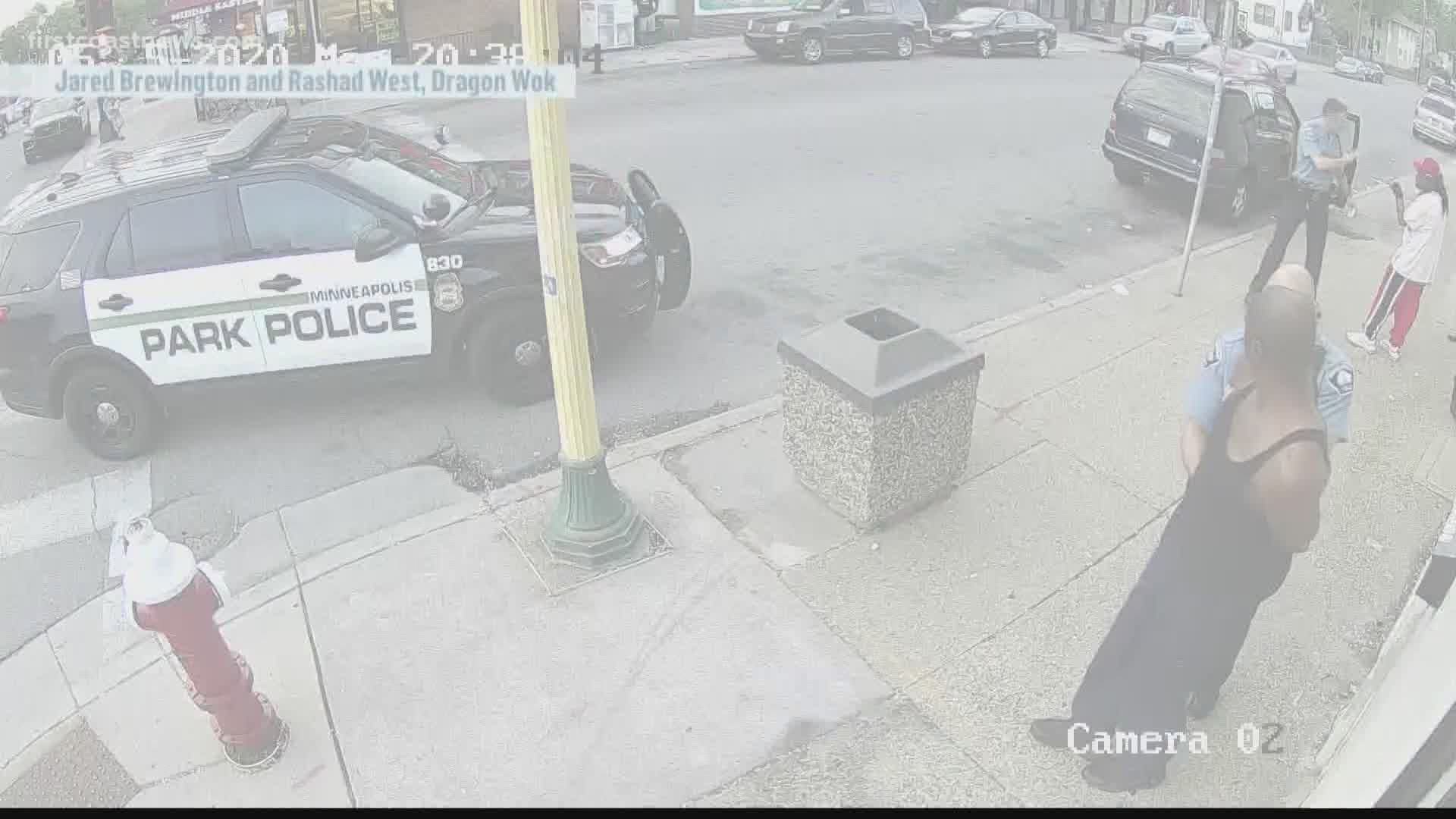 PUTNAM COUNTY, Fla. — The killing of George Floyd at the hands of Minneapolis police officers has set much of the nation on fire, literally and figuratively, as people call for justice.

Law enforcement leaders on the First Coast are also now voicing their outrage along with communities across the country.

In an interview with First Coast News on Friday, Putnam County Sheriff Gator DeLoach condemned the actions by the officers in Minneapolis that ultimately led to the death of George Floyd.

"I was appalled at how they treated George Floyd there, and the injustice," said DeLoach. "You know, it flies in the face of everyone who puts on a uniform every day and comes to work and strives to serve their community to the best of their ability."

DeLoach says he was especially alarmed at the calm demeanor of the officer who kept his knee on Floyd's neck as Floyd said he couldn't breathe.

"It appeared that Mr. Floyd had already been restrained and wasn't resisting in any way and what really upset me the most I think was the fact that one of the officers there that had his leg on his neck was cool, calm, collected and relaxed, and even had his hand in his pocket at one point."

DeLoach said he has been closely following both the Floyd case and the closer-to-home Ahmaud Arbery case since the beginning.

In the Arbery case, he criticized the department for not acting sooner.

In the Floyd case, he criticized the officers for "tarnishing" the badge.

DeLoach went on to say that in no training that he has ever experienced is an officer taught to place their knee on the back of someone’s neck.

"It’s not something we teach, nor condone or allow here."

His department is required to keep close track of their deputies’ actions to weed out anyone who may have a pattern of issues. He said it's required of all accredited departments but it's also a "best practice".

"It’s an early detection or warning system to detect any biased based profiling as we call it."

On Friday afternoon, Sheriff DeLoach posted a video to Facebook, joined by Police Chiefs from Palatka, Crescent City and Welaka, to stand united in their response to Floyd’s death. DeLoach said the Chief of Interlachen wanted to join them, but had a previous conflict.

Palatka Police Chief Jason Shaw described the actions of the Minneapolis officers as "excessive force" and said Floyd's death is a true tragedy.

"I cannot sit silently while feeling anger by this unnecessary loss of life and disrespect for the profession that I love," said Shaw.

Shaw goes on to say that as law enforcement officers they must be willing to be critical of any injustices at the hands of other officers who abuse their power.

Police departments all across the United States, and certainly here in Fernandina Beach, have worked diligently to improve community relations and build trust through open communication. We have developed action steps designed to improve training and capitalize on the latest technology and proven ideology. We have listened to community leaders and we have taught de-escalation tactics and outfitted our officers with in-car and body-worn cameras.

We have educated our police officers to be sensitive to mental health issues and homelessness, drug dependency and patterns of domestic violence. And we have focused on use of force and dealt with abuses swiftly and decisively. Our elected officials have backed our efforts by supporting budgets that provide for proper staffing, equipment and training so that our policies and procedures can be followed without obstacles or confusion. Our Mission Statement is grounded in the core belief that we respect human dignity at all times.

I want to assure our community that we do not tolerate the brutal behavior demonstrated in Minneapolis which led to the death of George Floyd. And, while I am rightfully careful in most cases to rely on the facts, which can only be determined by competent review, I find it relatively easy to denounce the actions of those officers involved in this case based solely on the clear and abundant video evidence. I usually refrain from making public comment about incendiary incidents taking place in other jurisdictions. In general terms I know that I would not appreciate others making judgments about my officers without all the relevant facts.

This case is different and especially egregious as it causes citizens, including many veteran police officers, to question a police culture that could allow such a situation to occur in the first place. I know that police chiefs from cities large and small are outraged by the behavior of the officers in MN and I join them in expressing my disappointment and condemning the horrific actions of a few that serve to undermine the good works of police officers all across America.

In a significant move by the local Fraternal Order of Police, who always typically shows support for officers, they released a statement also condemning the actions of the officers and calling for justice for Floyd:

Our thoughts and prayers today are with the friends and family of Mr. George Floyd, whose tragic death this week shocked and horrified our nation. Law enforcement officers are empowered to use force when apprehending suspects and they are rigorously trained to do so in order to have the safest possible outcome for all parties.

Based on the bystander’s video from this incident, we witnessed a man in distress pleading for help. The fact that he was a suspect in custody is immaterial—police officers should at all times render aid to those who need it. Police officers need to treat all of our citizens with respect and understanding and should be held to the very highest standards for their conduct.

The FOP has full confidence in our criminal justice system. This incident is being investigated by multiple law enforcement agencies. The officers are reportedly cooperating with investigators and we must ensure that justice is served, whatever the consequences. I do not believe this incident should be allowed to define our profession or the Minneapolis Police Department, but there is no doubt that this incident has diminished the trust and respect our communities have for the men and women of law enforcement. We will work hard to rebuild that trust and we will continue to protect our communities.