Brianna Williams is charged with aggravated child abuse, lying to police and tampering with evidence in connection to the death of her 5-year-old daughter, Taylor. 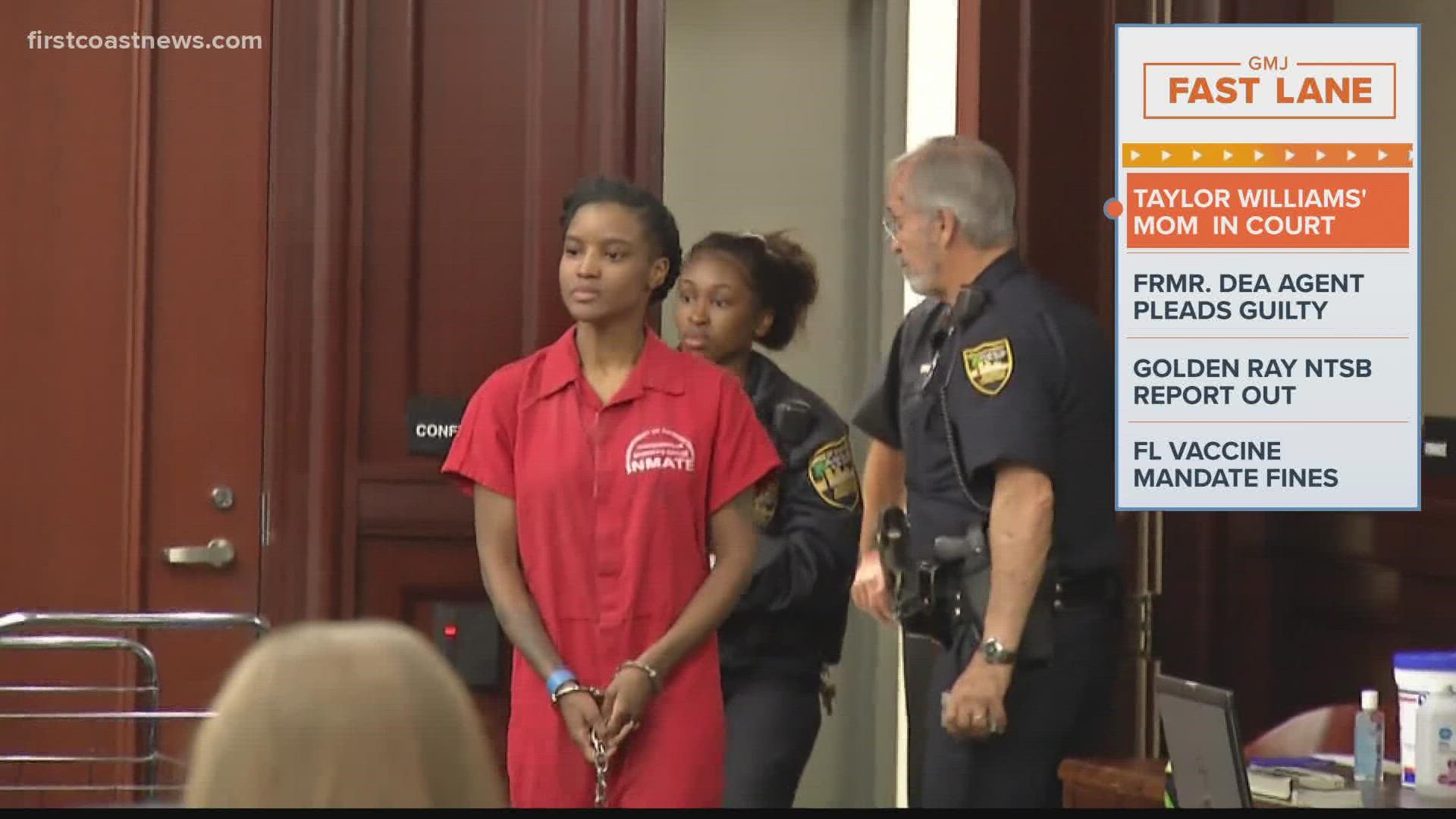 JACKSONVILLE, Fla. — The mother of a 5-year-old girl whose body was found after a massive search in 2019 appeared in court again Wednesday morning.

Brianna Williams is charged with aggravated child abuse, lying to police and tampering with evidence in connection to the death of her 5-year-old daughter, Taylor.

Williams appeared in court Wednesday in an orange jumpsuit and glasses. Her defense told the judge the team needs more time to conduct out-of-state depositions, which had previous scheduling conflicts.

Prosecutors referred to Williams' alleged neglect as "willful torture" and "illegal caging." She pleaded not guilty and has been in jail since her arrest in 2019.

An autopsy released last year found signs of possible neglect, but conclude the cause of death to be undetermined.

K-9 units and helicopters scoured the Brentwood neighborhood Williams reported Taylor missing from. They had just moved to the neighborhood from a Southside apartment complex, which law enforcement also scoured in their search for Taylor.

On the seventh day of the search, human remains were found and later identified as Taylor's.

The judge passed Williams' fifteenth pretrial date Wednesday to Oct. 20 at 9 a.m. Williams has been in jail for nearly two years.

This morning, Brianna Williams will appear in court for her 15th pretrial date. The former Navy Chief Petty Officer at NAS Jax has been in jail since November 2019. Her 5
y.o., Taylor, was found dead in a wooded part of Alabama 2 years ago.