He told First Coast News he'd kill again. Now, according to law enforcement sources, he did -- two weeks ago, at Florida State Prison. 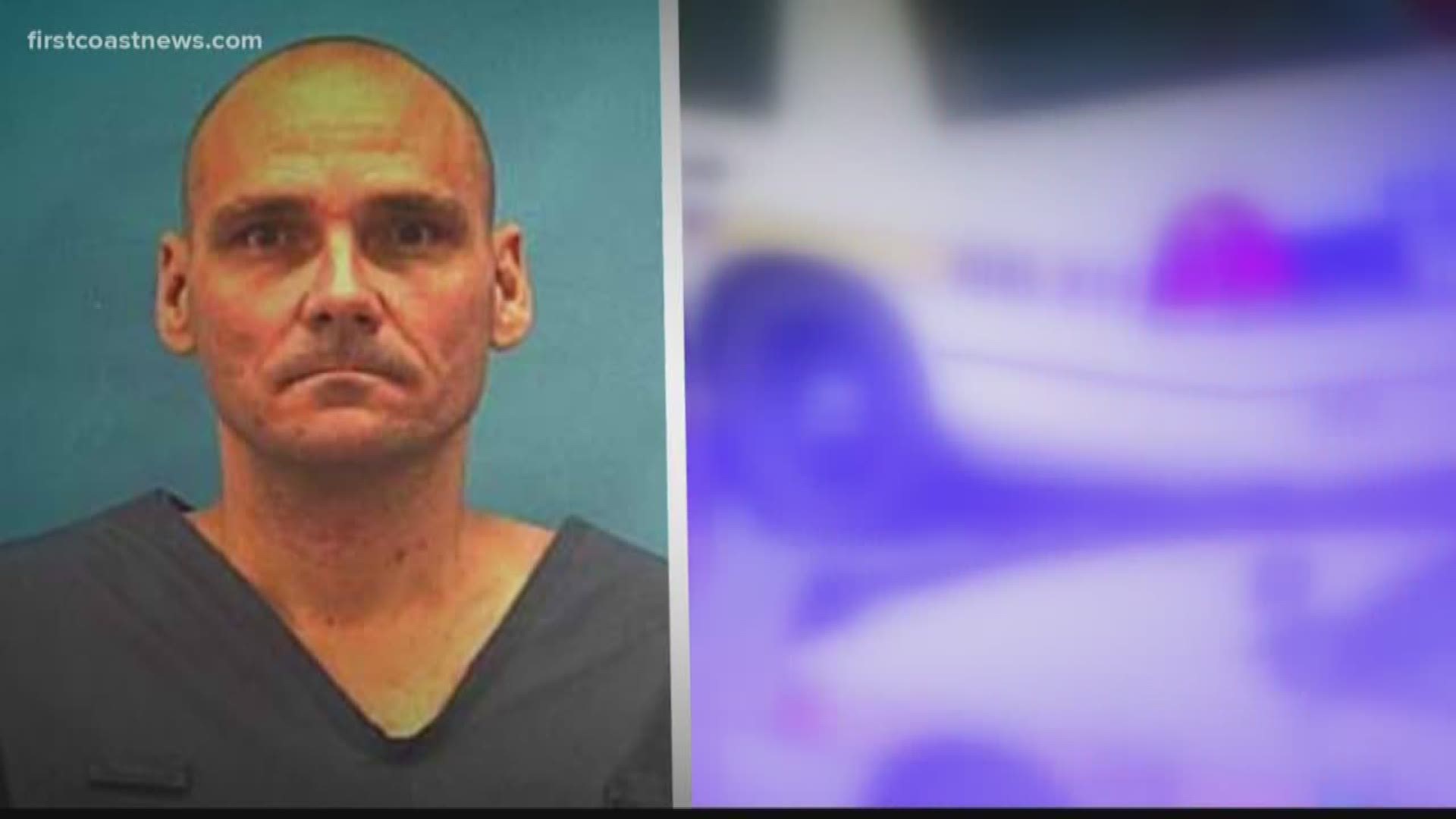 JACKSONVILLE, Fla. — In May 2003, William Wells killed five people, starting with his wife.

He hid their decomposing bodies inside his double-wide trailer on Ocean Street in Mayport where he continued to live with his 4-year-old son for more than a week.

Now, the self-described “Monster” of Mayport has allegedly killed again.

'It was like something you see in a horror movie'

Law enforcement and prison sources confirm that Wells and a second inmate strangled and brutally stabbed 32-year-old William Chapman to death inside Florida State Prison on July 5 of this year. Chapman was serving time for burglaries committed in Volusia County. Wells has not yet been charged.

A state employee who saw a video of the attack says it was brutal.

“That video was so gruesome,” he adds. “It was like something you see in a horror movie.”

Wells’ alleged accomplice, Leo Boatman, was previously convicted of murdering two Santa Fe College students with an AK-47 while they were camping in the Ocala National Forest in 2006. He was subsequently convicted of beating a cellmate to death in 2011.

'My quest for lethal injection continues...'

Wells’ has communicated over the years with First Coast News, beginning with a telephone confession in 2003, saying his crime spree began with the accidental killing of his wife, Irene Wells. He says the couple was joking around with what he thought was an unloaded gun.

"And she goes, 'now what are you going to do?,'" Wells said in the 2003 telephone interview. "And I stuck it to the back of her head and I said, 'this,' and I pulled the trigger and it went off. … I literally, literally defecated my pants. I watched her face spray against the wall in front of me and she fell over."

Wells said at the time he wanted to plead guilty and face the death penalty but instead received five life sentences.

He reached out to First Coast News again in a 2011 letter, appearing to revel in beating the criminal justice system but suggesting he still wanted the death penalty.

"Contrary to the elements of your justice system, I managed to prevail with a mere five life sentences," he wrote.

He noted that if prosecutors were "more thorough in convicting me in 2003 of the Mayport murders and pushing fervently for the death penalty, no one else would have had to die."

“I guess my quest for the lethal injection continues, and more time goes by," he added.

Then-State Attorney Harry Shorstein has defended the decision not to pursue death, citing the wishes of the victims’ families and Wells’ questionable sanity.

"It's a case that looking at the facts warrants seeking the death penalty,” he told First Coast News in 2011. “But when you give consideration to the other factors, the legal factors, as well as the wishes of the family, and the offer to plead guilty and to have the case disposed of very, very quickly.”

We reached out to Shorstein for comment on the recent incident, as well as current State Attorney Melissa Nelson, who prosecuted the Wells case. Nelson’s role became an issue in her 2016 election when then-incumbent State Attorney Angela Corey criticized her for not seeking the death penalty. Nelson dismissed the criticism, noting Corey was her supervisor at the time.

Wells’ most recent letter to First Coast News, in August 2018, complains about conditions at Florida State Prison as corrupt and inhumane. He notes in a postscript, “You may remember me form the Mayport Mass Murder case of 2003.” 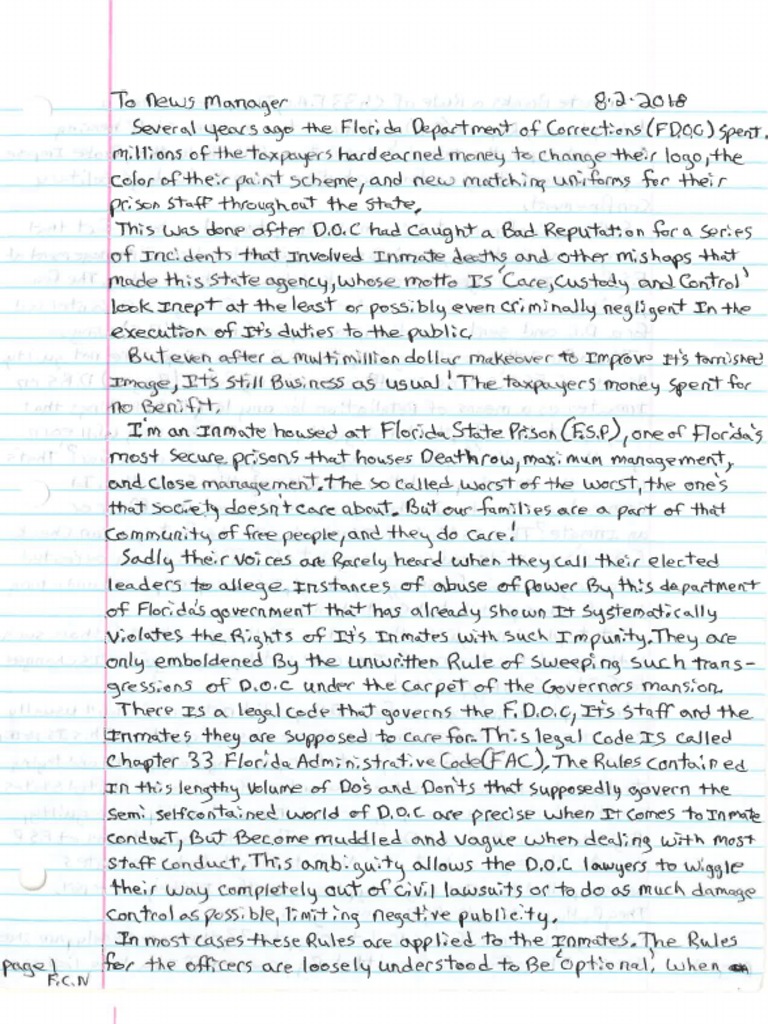 William Wells letter to First Coast News in 2018
In the letter, Wells complains about conditions at Florida State Prison as corrupt and inhumane. He notes in a postscript, "You may remember me form the Mayport Mass Murder case of 2003."

Their statement notes, “The safe and secure operation of Florida’s correctional institutions is the Department of Corrections’ top priority. Every inmate death is thoroughly investigated by law enforcement and the Department’s Office of Inspector General to ensure independent oversight and absolute accountability at all levels.”