The dismembered torso at the center of a two-decade-old missing person case itself went missing, possibly for years. 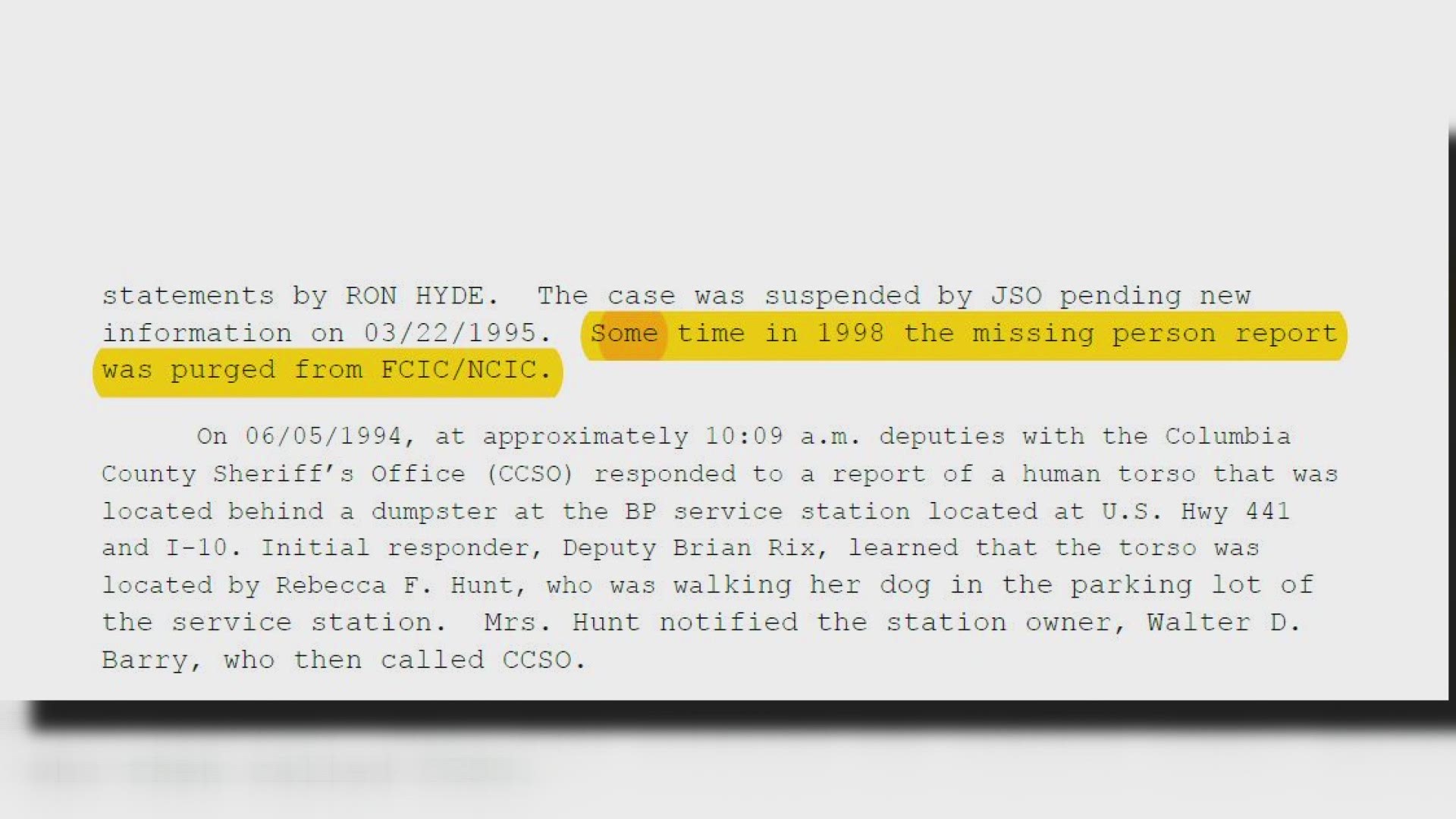 The dismembered torso at the center of a two-decade-old missing person case itself went missing, possibly for years.

Nearly half of Fred Laster’s skeletal remains were misplaced by the local Medical Examiner’s Office, according to documents made available by the State Attorney’s Office.

That information is just the latest revelation in the thousands of pages of investigative reports released in the first-degree murder case against Ronnie Hyde. A former youth pastor and counselor, Hyde has been in the Duval County Jail since March 2017, charged with killing and dismembering 16-year-old Laster in 1994. Hyde is also charged with a dozen counts of child pornography. He has pleaded not guilty.

Credit: Schindler, Anne
Half of Paul Laster's bones were missing when investigators went to collect them. They were later found in a bag lableled "Unknown, Unknown."

Laster’s headless, handless, legless torso was discovered next to a gas station dumpster in Lake City on June 5, 1994. The identity of the remains was unknown until 2015, when cold case detectives and the National Center for Missing and Exploited Children jointly connected DNA dots and identified the body. Hyde was arrested after DNA found with the body was linked to him.

Because the case stretches across two decades and through Hyde’s two hoarder-style homes in Jacksonville, a mountain of evidence has been collected. All of it must be cataloged and disclosed to Hyde’s defense team as part of the discovery process, at which point it becomes public record.

First Coast News has continued to dig through the material since it became available Friday evening.

As we first reported Saturday, the documents include several surprising bits of information, including the fact that Hyde was a foster dad to Laster and his two siblings – all three of whom were listed dependents in Hyde’s IRS filings. We also previously reported that Hyde, an apparently devoted nudist, worked at a teen nudist camp in Central Florida. According to sworn statements, he spoke to campers about protecting themselves from pedophiles.

Our ongoing review of the document dump revealed several new pieces of information:

Hyde was initially named by family members as a suspect in Laster’s disappearance but was never questioned by police. That fact seemed in keeping with a certain lack of urgency that seemed to dog the initial investigation.

According to police reports and FBI documents, the family attempted to report Laster missing in June 1994, in both Nassau County, where the family lived, and in Duval County. However, they “were unable to report him missing,” according to the current investigative summary. “There is no record of their contact with law enforcement in July 1994.”

The family went back to police in February 1995, and a missing person report was generated. But Hyde was never interviewed or contacted by detectives.

Hyde isn’t due back in court until August. No trial date has been set.