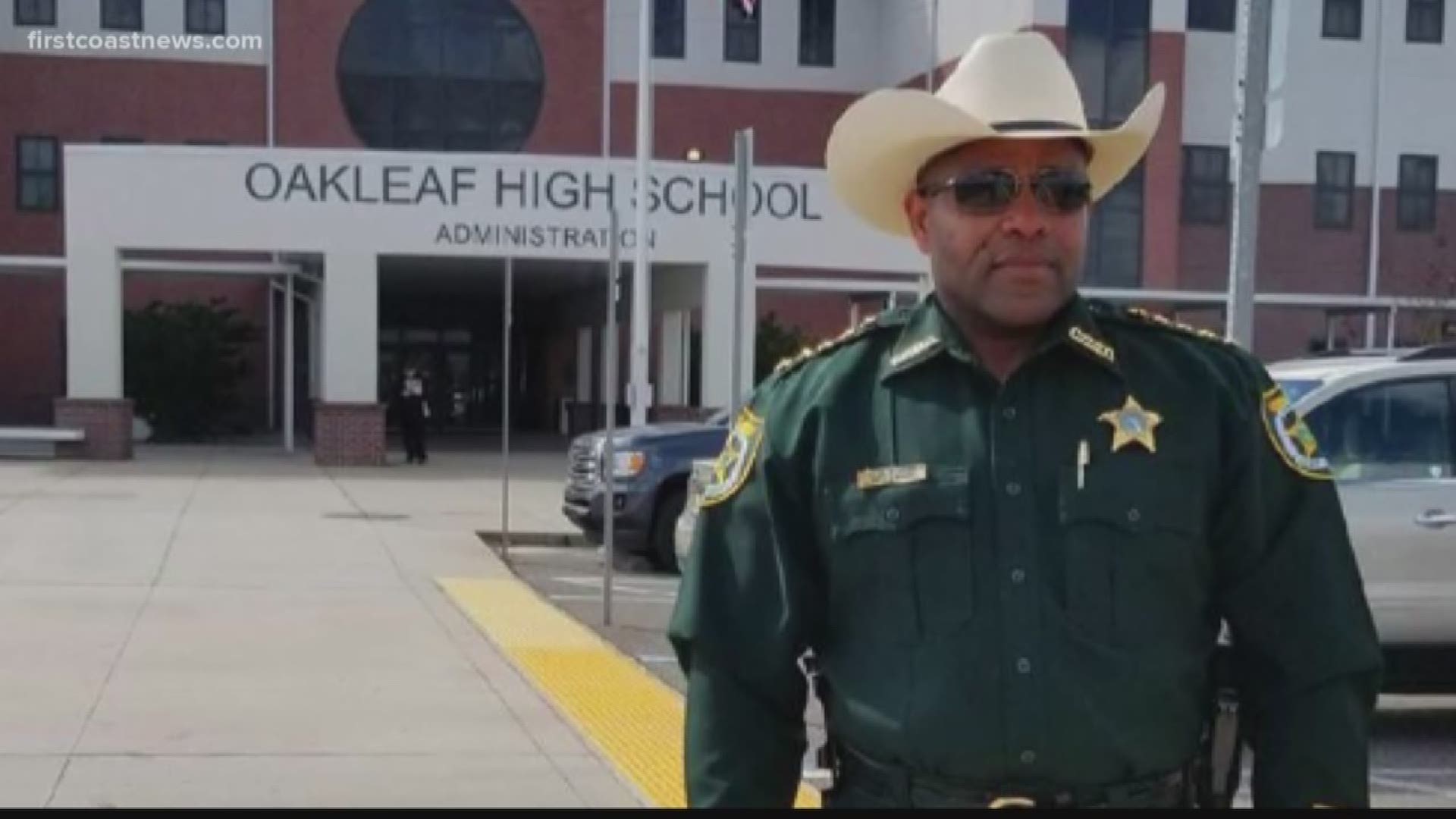 Revelations about an extramarital affair have been plaguing Clay County Sheriff Darryl Daniels since they became public as part of a Jacksonville Sheriff’s Office investigation released Monday.

But the fact of the affair has spawned a secondary scandal – news of the arrest of his longtime girlfriend, at his direction, on May 6.

At issue is not his private conduct, but his role as a public official.

A memo obtained by First Coast News shows that his own officers had serious concerns about the arrest, which the sheriff ordered, saying his ex-girlfriend was stalking him. The State Attorney’s Office memo reveals they were hearing concerns from Daniels’ officers just hours after his order to arrest an ex-girlfriend.

“The sheriff directed the sergeant on scene to arrest the woman for stalking,” the May 7 memo notes. “The sergeant did as instructed and arrested the woman.”

“The officer came back to me, he put my hands behind my back and told me I was being arrested for trespassing and stalking,” Cierra Smith told First Coast News.

After finding her handgun in her glove compartment, those potential charges went from a misdemeanor to a felony, she said. “He told me the stalking has now turned into aggravated stalking.”

Though detained for six hours, Smith was never booked. According to the memo from the SAO, that’s because several officers – including the undersheriff -- had doubts about it the legitimacy of her arrest.

“Lt. [Baylor] Alexander told me that he did not feel comfortable putting this woman in jail and did not believe there was probable cause for the arrest,” wrote Pam Hazel, director of the Clay SAO. “He told me that the undersheriff and the chief were in agreement with him and that all believed they should let her go and drive her home at this point.”

First Coast News crime analyst Mark Baughman says the fact that it was the sheriff directing the arrest puts his officers in a difficult position.

“These people work for him and he’s the sheriff," he said. "Obviously, they realize he’s the sheriff, but they’re still law enforcement officers, and he or she who answers to that call has to work that case just like it would any other victim.”
The incident has now been turned over to the Florida Department of Law Enforcement. There is no timetable for their review.

The sheriff out of town has declined multiple requests for comment.

RELATED: UPDATE | Clay County sheriff gave money to woman he had affair with over a period of several years