The Jacksonville Sheriff's Office said they were called to the New Royal Estates apartments for reports of a man shot just before midnight. 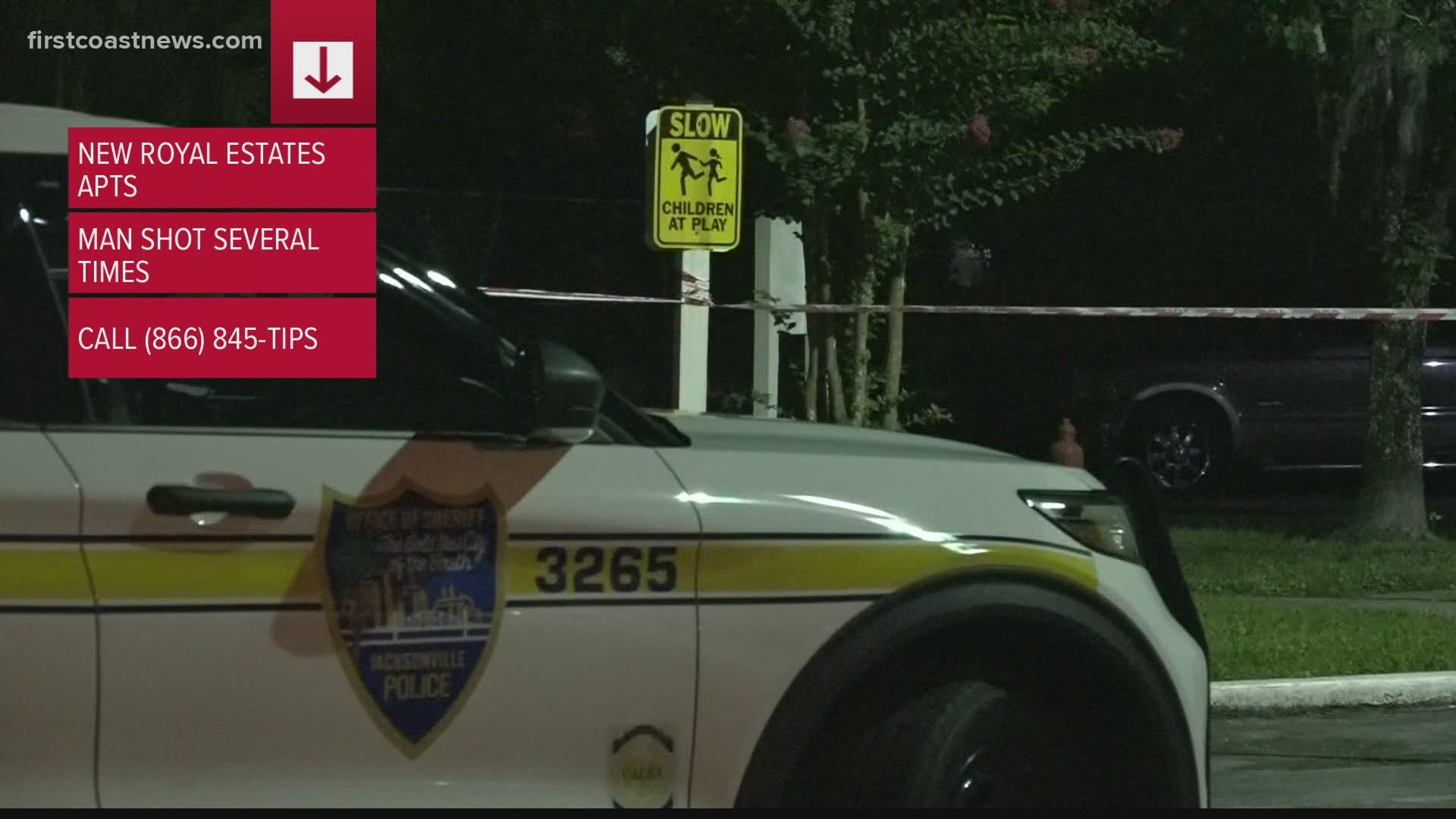 JACKSONVILLE, Fla. — The Jacksonville Sheriff's Office is investigating the death of a man found with gunshot wounds behind an Arlington Expressway apartment complex.

JSO said officers and the Jacksonville Sheriff's Office were dispatched to an apartment complex in the 8000 block of Arlington Expressway just before midnight Monday. That's the New Royal Estates apartment complex.

When officers arrived, they found a man with multiple gunshot wounds who was pronounced dead at the scene.

JSO said they are in the early stages of the investigation. Officers and detectives are canvassing the area for witnesses and surveillance video, police said.

Anyone with information is asked to call JSO's non-emergency number at 904-630-0500. You can also remain anonymous by calling First Coast Crime Stoppers at 1-866-845-TIPS.