Body found in roadway in Ribault area of Jacksonville

At approximately 6:30 p.m. Tuesday, officers responded to the 4600 block of Wrico Drive. 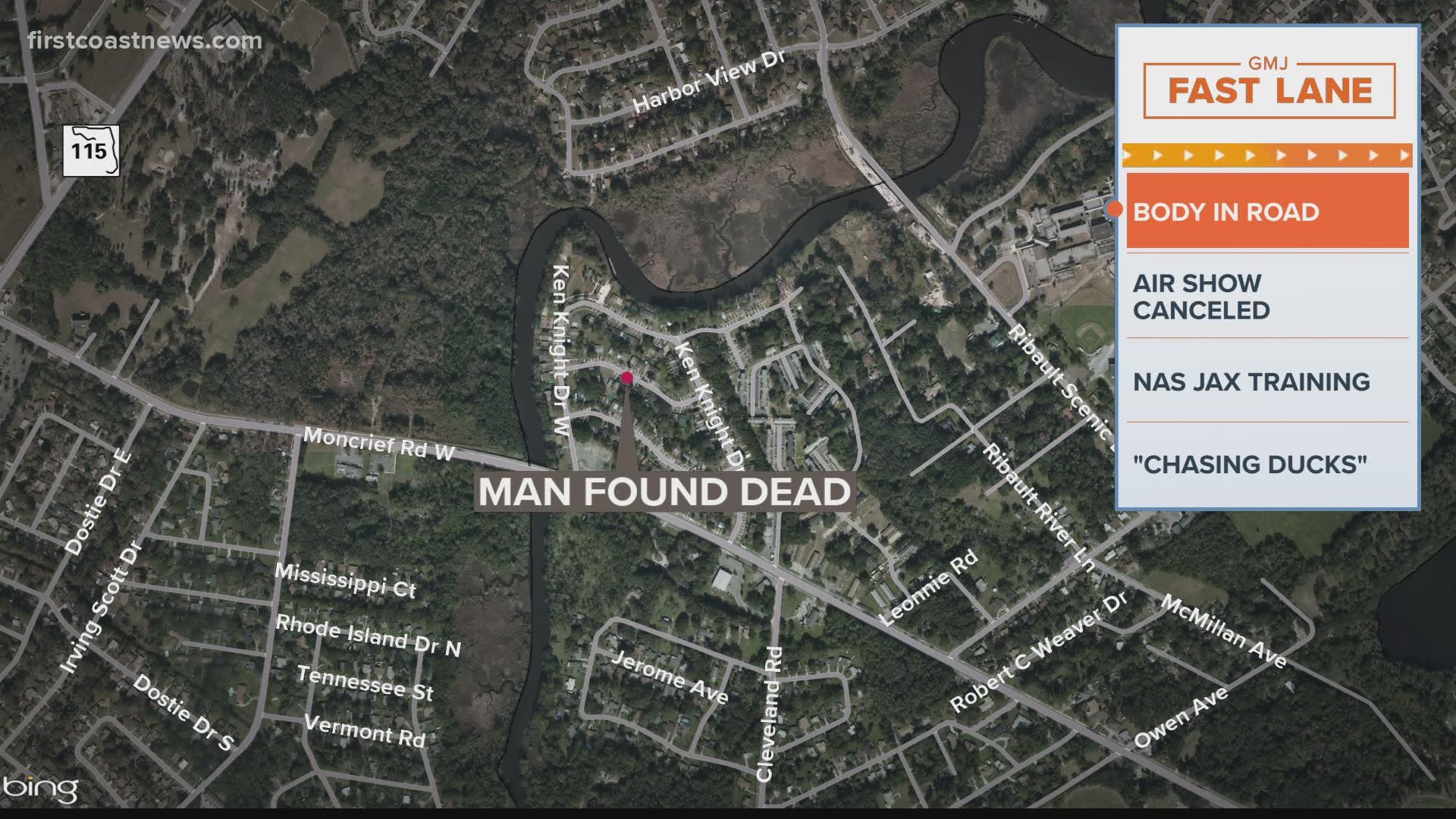 JACKSONVILLE, Fla — A man was found dead in the roadway in the Ribault area of Jacksonville Tuesday night, according to the Jacksonville Sheriff's Office.

At approximately 6:30 p.m., officers responded to the 4600 block of Wrico Drive. Once on scene, officers say they found an adult man lying in the roadway. He was pronounced dead on the scene. Detectives were called to the scene to investigate the circumstances surrounding this incident.

JSO is asking anyone with information to contact the Jacksonville Sheriff’s Office at 630-0500 or Crime Stoppers at 1-866-845-TIPS. You can also email JSOCrimeTips@jaxsheriff.org.