Man expected to recover after shootout on the Westside

When officers arrived on the scene, they say they discovered a blood trail on the sidewalk and many spent bullet casings in the area. 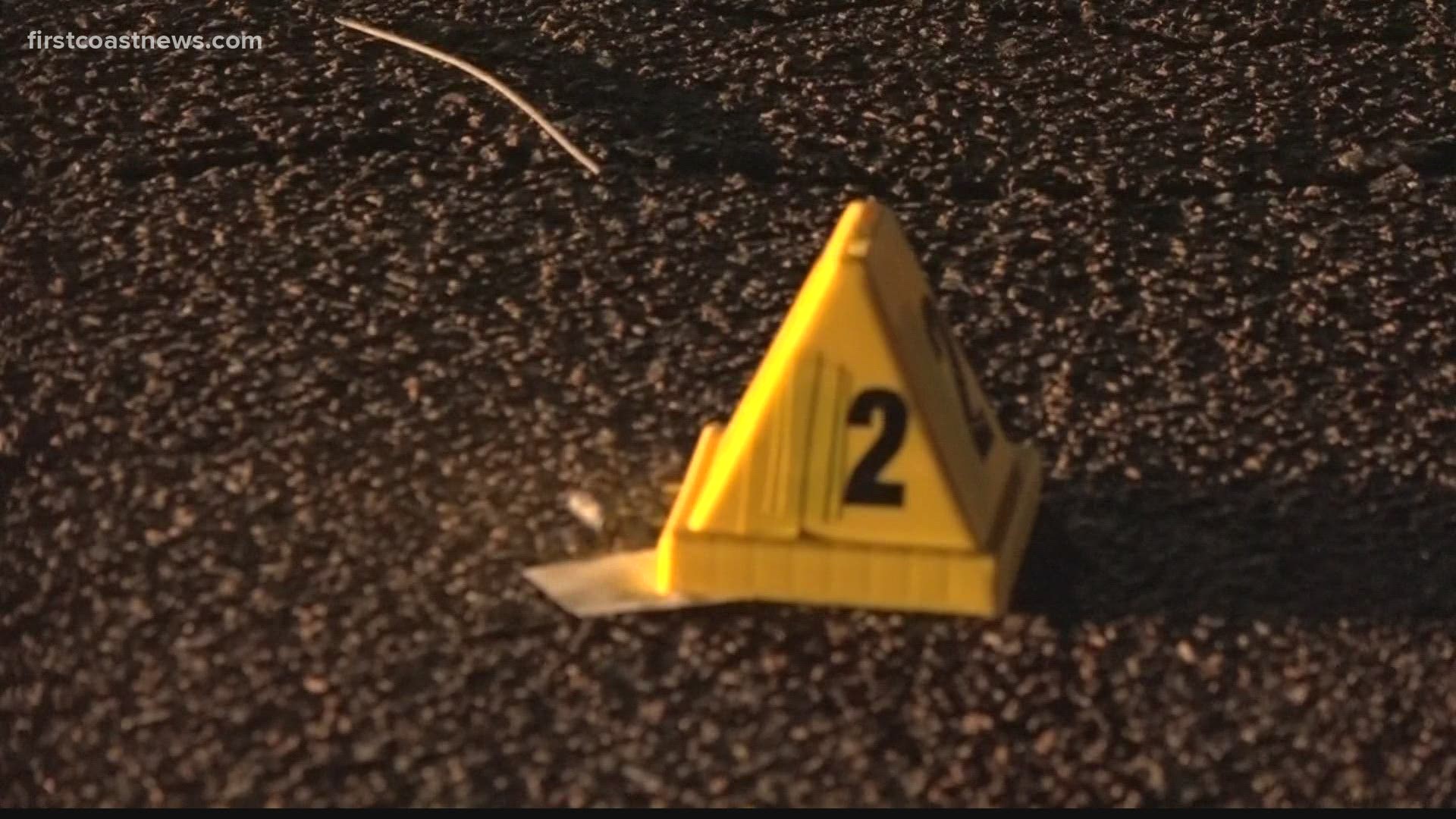 JACKSONVILLE, Fla. — A man is in the hospital recovering after a shootout on the Westside on Thursday night.

When officers arrived on the scene, they say they discovered a blood trail on the sidewalk and many spent bullet casings in the area. Officers say they also discovered two parked cars and some nearby apartments that were struck by bullets.

JSO was notified that an adult male was dropped off at a nearby medical facility suffering from at least three gunshot wounds to his leg. According to medical personnel, the gunshot wounds are not believed to be life-threatening at this moment.

Police say their initial investigation leads them to believe that two groups of individuals were shooting at each other.

The person that was shot reported that he was at the Jacksonville Heights Apartment complex when he was shot but would not provide any more details about the incident or who drove him to the medical facility.

There were no other injuries reported and the Sheriff’s Office Violent Crimes Unit is following up with this investigation.

Anyone who witnessed this incident should call 904-630-0500, or if you wish to remain anonymous call Crime stoppers at 866-845-TIPS, or you can email JSO at jsocrimetips@jaxsheriff.org.