Man charged with attempted murder in connection to victim beaten, dragged by van in Moncrief

The Jacksonville Sheriff's Office arrested 34-year-old Eric Shaun Bridges days after a victim was reportedly beaten and dragged by a van in Moncrief. 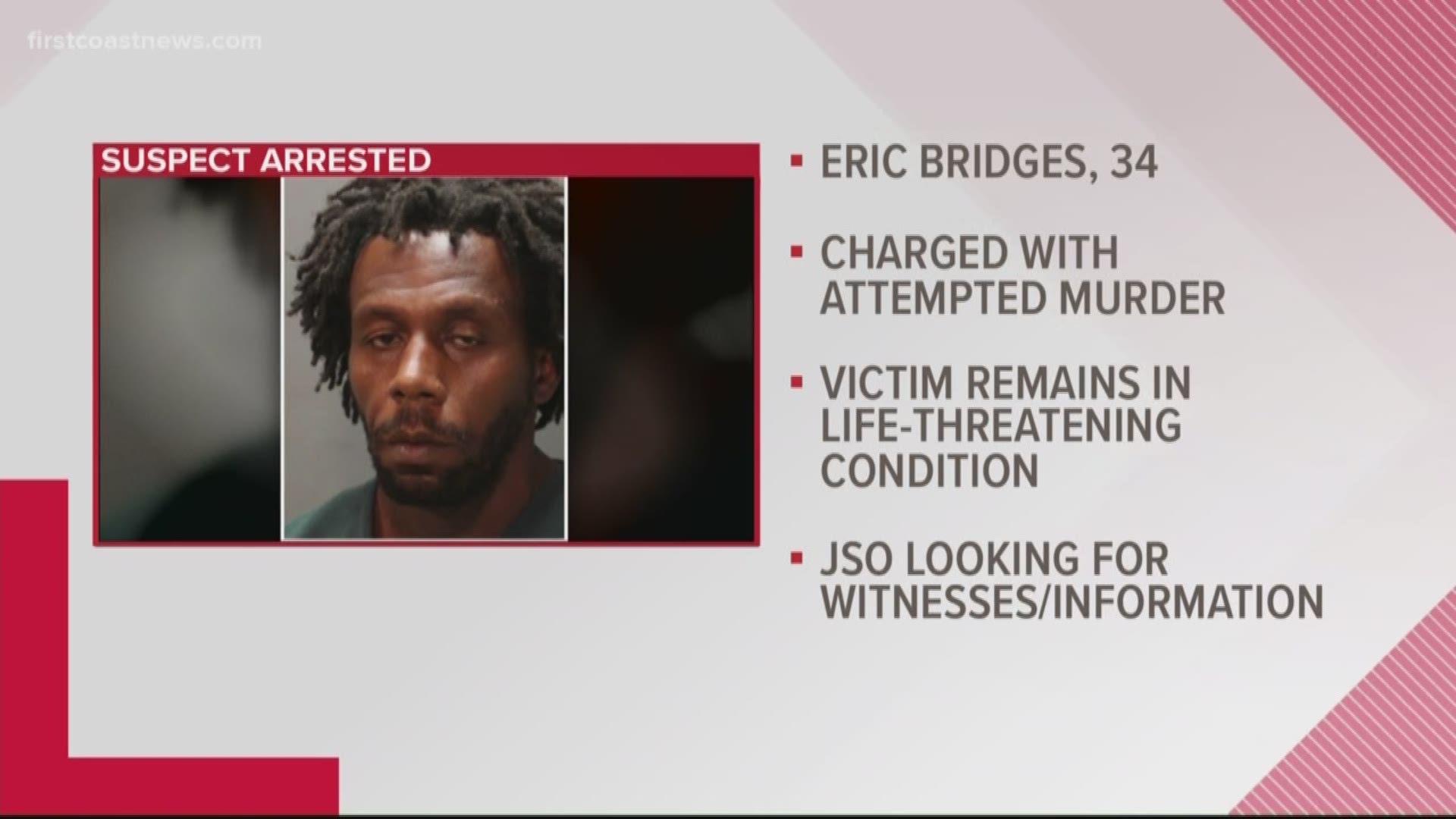 A man was arrested and charged with attempted murder in connection to a victim who was reportedly beaten and dragged by a van in Moncrief.

The victim was rushed to a hospital and remains in life-threatening condition, police said.

JSO released photos of the suspected vehicle. Within 24 hours, the vehicle was found and confirmed to have been stolen before the crime occurred, the sheriff's office said.

The incident is still under investigation and JSO has not disclosed a motive for the crime.

RELATED: Victim dragged by van for blocks, beaten in Moncrief area of Jacksonville